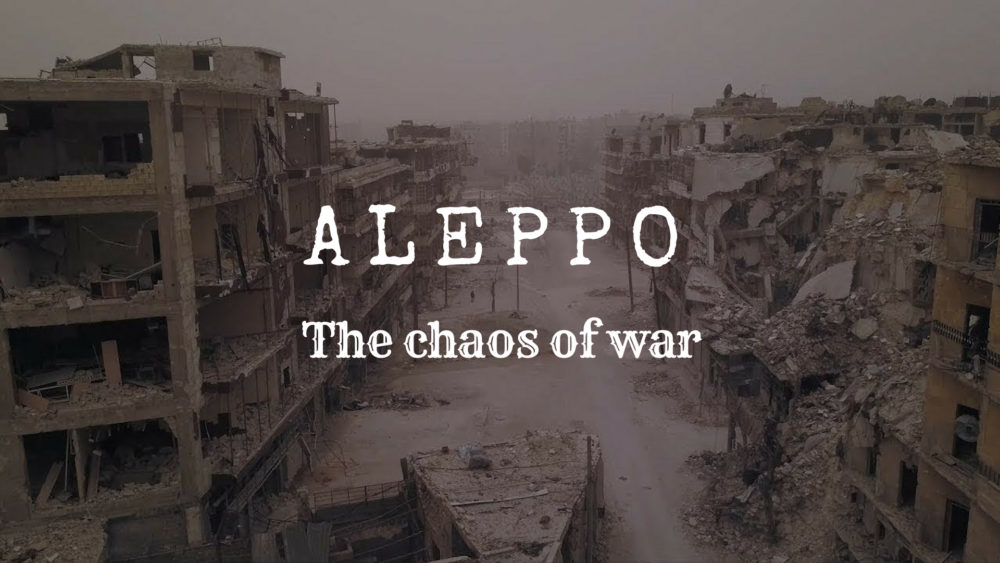 ” This movie unravels the events of the last horrible time of the city of Aleppo and its denizens. The chaos of war, the crossed out human lives, and the destruction of a historical heritage of the world’s culture.

Since the start of the tragic events in Syria, the city of Aleppo was considered a ”peaceful harbor”, in which even the rallies of the opposition occurred only on Fridays. At 19th of July, in 2012, the city had a new note in its history – the beginning of an armed confrontation. A simple bus driver, a Palestinian refugee, was taken by surprise with the war. During that particular time, all the inhabitants of the city faced a choice -which side should they take. No-one could have guessed ahead that they will face 4 years of a bloody chaos. In 2013 the armed opposition was one step away from the complete capture of the city. But the city withstood, and it was destined to raise the governmental flags by the December of 2016. The fates of the heroes were whimsically intertwined in the history of the city itself, and through their numerous stories the entire tragedy of the war-torn city becomes visible.”