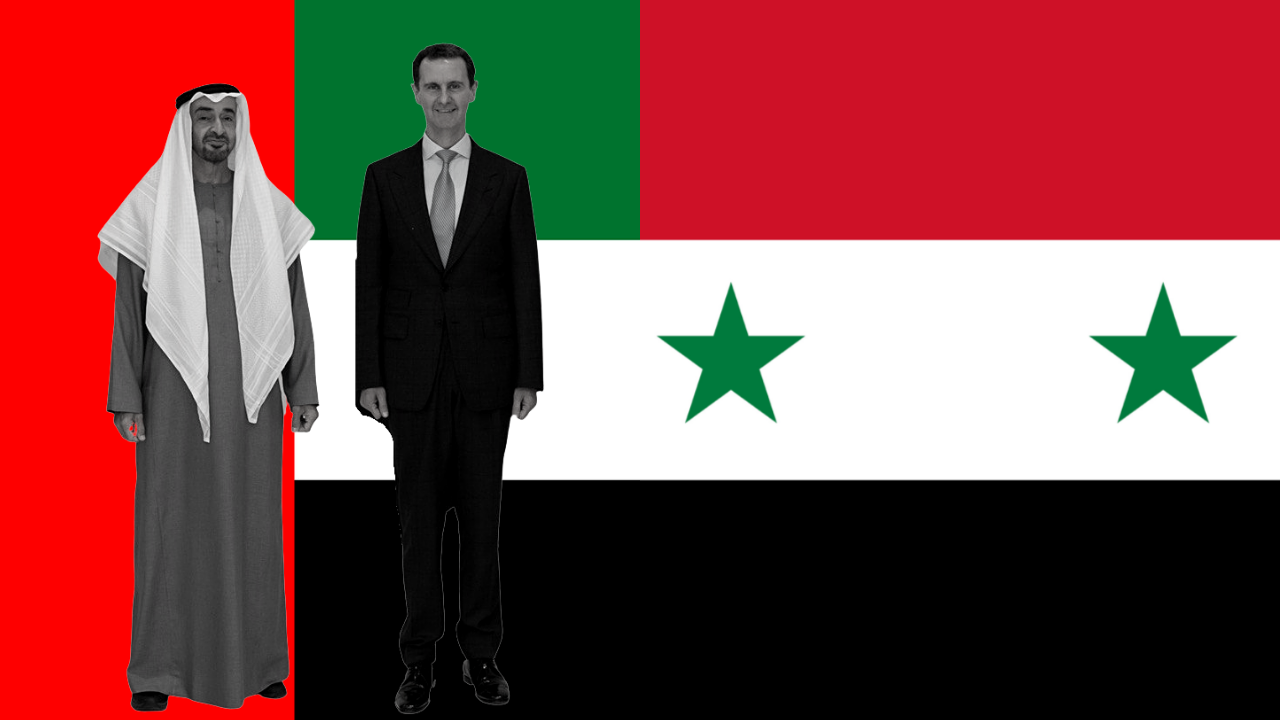 Kevork Almassian– When John Lennon sang “Give Peace a Chance” in 1975, Syria was expecting a military rebellion by the extremist Muslim Brotherhood organization – listed as a terrorist group in many countries – whose goal was to overthrow the secular government in Damascus and establish a regressive state based on Sharia laws. Despite foreign support, the Islamist rebellion only lasted around three years (1979-1982) with clear military victory to the Syrian Army in a battle that resulted in the death of thousands from both sides.

A similar attempt by the Muslim Brotherhood and other Islamist groups has been made against Damascus in 2011 and we are still living the catastrophic consequences of an ongoing war; hundreds of thousands of deaths, millions of refugees, regional instability and the spread of trans-border terrorism.

While the Ukrainian war is at the forefront of the political and media scenes with timid attempts to extinguish the fires of a war that may spread throughout Europe due to the intransigence of the political players involved in this war and who have narrow interests that are not in line with the regional security of Europe, it seems the United Arab Emirates (UAE) is taking the opportunity to promote peace in war-torn Syria.

The American and European officials blame President Bashar al-Assad for what they call “a brutal crackdown on peaceful protesters” and refuse to admit the failure of the regime change war, which the CIA acknowledged that it has spent over $1 billion in a secret weapons supply and training program (Timber Sycamore) in support of anti-Assad militant groups, which critics say one consequence of the program has been a flood of U.S. weapons including assault rifles, mortars and rocket-propelled grenades into the Middle East’s black market which raised concerns about diversion of weapons to jihadist groups, particularly the radical groups that are supported by Turkey and Qatar, such as Al-Nusra Front or HTS.

This policy failure and refusal to open a new page with Syria’s Assad have pushed the country into a political stalemate and devastating economic situation; 90 per cent of Syrians live below the poverty line, and approximately 12.4 million people—nearly 60 per cent of Syria’s population—are now considered food insecure, representing a 57 per cent increase since 2019, according to the World Food Programme (WFP).

Despite the objection of the United States, regional countries such as the UAE, Jordan, Bahrain and Egypt are accelerating stability efforts and regional economic integration through Syria’s gate, which has an important geopolitical and geo-economic position.

The UAE reopened its embassy in Damascus in December 2018, the move aimed to normalize ties and to curb risks of regional interference in “Arab, Syrian affairs” – an apparent reference to non-Arab Turkey and Iran, who supported conflicting sides in the war.

“The UAE decision … came after a conviction that the next stage requires the Arab presence and communication in the Syrian file,” tweeted Anwar Gargash, the UAE Minister of State for Foreign Affairs.

In November 2021, the UAE foreign minister Abdullah bin Zayed Al Nahyan met with Syria’s President Bashar al-Assad in Damascus sending a clear signal that the Arab world is willing to re-engage with Syria’s strongman in terms of economic investment and geopolitics, on top of that is containing the Turkish and Iranian influence in Syria, eradicating the remnants of jihadi groups in Syria, and economic investments in energy and reconstruction sectors.

On Friday, President Bashar al-Assad met his Highness Sheikh Mohammed bin Zayed Al Nahyan, Crown Prince of Abu Dhabi, Deputy Commander-in-Chief of the armed forces in Dubai. This was the first foreign visit of al-Assad to an Arab country since the outbreak of the war, which indicates the development of relations between the two parties and Damascus’ reliance on the growing Emirati role in the region, which aims at marginalizing jihadist movements and boosting economic cooperation instead of infighting and spreading extremism, which Ankara and Doha seem to have not yet given up.

Bin Zayed Al Nahyan, who received President al-Assad in al-Shatie palace (Qasr Al Shatie), considered that this visit comes in the framework of fraternal keenness and coordination between the two countries towards different issues, affirming that Syria is considered as a basic pillar of the Arab security, therefore, the UAE stance is firm in supporting Syria’s territorial integrity and stability.

Bin Zayed Al Nahyan affirmed the need for the withdrawal of all foreign forces which exist illegitimately on the Syrian lands, expressing his country’s keenness on boosting cooperation with Syria in the domains that achieve aspirations of the two brotherly peoples.

The United States, in a statement responding to Syrian President Bashar Al-Assad’s visit on Friday to the United Arab Emirates, said it was “profoundly disappointed and troubled by this apparent attempt to legitimize” Assad.

In this regard, the Bahrain-based regional director of the British Middle East Center for Studies and Research Amjad Taha criticized the position of the Biden administration and said, “The UAE continues to build bridges through dialogue with all parties”.

“Your disappointment confirms the success of the visit”, Taha added, indicating that the U.S. doesn’t’ want to reconstruct Syria and the Biden administration wants Damascus to be ruled by “Aleppo’s Taliban”.

It is noteworthy that the relations between the UAE and the United States aren’t at the same level as it was the case under the Trump administration, especially after President Joe Biden designated the UAE’s rival Qatar as a major non-NATO ally of the United States in January 2022, fulfilling the promise that he had made to Qatar earlier this year, the White House said.

In an apparent discomfort with Biden’s policies in the region, The Wall Street Journal reported this month that Saudi Arabia and United Arab Emirates leaders are not taking U.S. President Joe Biden’s phone calls for weeks now and are refusing to boost oil exports in order to offset rising prices linked to the Ukraine war, which could impact American oil supply during the new phase of a cold war between the U.S. and Russia.

In this regard, the CEO of Gulf State Analytics Giorgio Cafiero said that the visit of President Assad to the UAE is a watershed which further illustrates how on many issues Abu Dhabi’s foreign policy has been increasingly aligning with Russia and China’s interests, not those of the US.

This current foreign policy approach of the UAE should be embraced by the EU to re-stabilize the Middle East and give a chance for the people of the region to recover, reconstruct and develop. Because through economic development and integration between the regional countries poverty and radicalism can be eradicated, and hence further humanitarian and refugee crises could be avoided in Europe.