I don’t know where to start with that ridiculous article that is full of recycled Al Jazeera reports and unconfirmed claims coming from Al Qaeda affiliates in Syria.

Should we remind Mehdi that he works for Qatar?
The number one sponsors of radical jihadists including Al Qaeda-linked Al Nusra.

He dares calls us “War criminal apologists” while he works for an outlet that whitewashes the real butchers day and night.

Not even one time Mehdi has mentioned the horrific crimes committed by Al Jazeera’s precious “rebels” in his piece. Instead, he referred to some of his “critical” links and focused on reviving expired and debunked reports of “Syrian regime war crimes”.

In this article, Mehdi tried to cover the exposure of the fake chemical scenarios in Syria with regime-change propaganda from 2013 that he brought back to light.

He asked: “who cares if it wasn’t Assad who used chemical weapons?”

Well, I’ll tell him who cares, the 18 million Syrians living under the Government protection in Syria cares. The same people that almost paid the price of a global military escalation on their land because of fake chemical reports coming from jihadists in Syria. You know, the same Terrorists that massacred thousands in cold blood but for some reason, the mainstream media regards them as authentic sources.

But why would he care? He works for an outlet that helped provoke such chaotic intervention in Syria while shying away from the real killers from the screens since Al Jazeera and the terrorists both receive their paycheques from the same bosses.

You know who also cares?

The 2.5 million Syrians currently held in “rebel” areas.
They care that their army and government are not faced with a foreign aggression that will hamper their liberation from Western and GCC backed radicals.

And let’s not forget the 4 million Syrians forced to leave their homeland because of the unrest. Nearly 800,000 Syrians in Lebanon and Turkey returned to their towns and cities in Syria after they were liberated the past 2 years. A military intervention in Syria that is provoked by fake chemical reports will prevent Syrians from returning and will force them to dissolve their identities in other societies.

Funny that he accused the Syrian government of bombing schools and hospitals but not the “rebels” for Slaughtering children and Caging women. He also tried to provoke outrage from the pro-Palestine camp against the Syrian government by mentioning the bombardment of Yarmouk camp in Damascus.

Well, Mehdi, Yarmouk is controlled by Al Nusra and ISIS, unless you believe those groups are “freedom fighters” and would never harm the civilians in the camp you need to research more.
Here’s a video of women in Yarmouk standing up for the jihadists that your outlet loves and blaming them for the starvation:
https://www.facebook.com/hadi.nasrallah.77/posts/10156087424569905

Lastly, Dear Mehdi, you already lost your credibility when you and your outlet were silent for months on the Saudi-led coalition crimes in Yemen until the Qatari crisis occurred and started to call out Saudi for Human rights violations.

The Canadian journalist Eva Bartlett adds her own comments on Mehdi’s article, saying that Mehdi promoting the long-dead lie that the Syrian government starved civilians in Madaya. I went to Madaya and spoke to civilians. Just like eastern Aleppo and just like civilians testimonies from Ghouta, they blamed the terrorists for their hunger, terrorists who hoarded the food and aid that the Syrian govt and agencies sent into Madaya many times.

“To my question whether Western media was right, that the Syrian government had starved them, the four men answered ‘no’ in unison, talking over one another to make their point.

“It was not the government that starved us, it was the armed groups,” a middle-aged man said.

“The government provided us in Madaya with supplies that would have been enough for 20 years,” a younger man exaggerated, making the point there was ample food in the town. “We received aid convoys, but the armed groups would steal the supplies and monopolize them.”

He said he had sold his car in order to buy overpriced food from Ahrar al-Sham and al-Qaeda: “They sold us a kilogram of rice for 100,000 Syrian pounds.”

At current exchange rates, this came to around US$200.

“After the Syrian army entered, they found 50 storage units of food, also medicine. They are still uncovering storages.”
Source: https://www.mintpressnews.com/order-returns-to-western-syria-civilians-recount-horrors-rebel-rule/232380/

In 2016, I interviewed a soldier who told me of being sent to Dara’a in March 2011, unarmed as were the other 300 soldiers and the hundreds of polices forces in Dara’a, only batons. He told me of their being fired upon by protesters for weeks of what the corporate media claimed were “unarmed” protests. He also told me of seeing footage from that time, March 2011, some months later being played on Al Jazeera is if it was new, recent footage.

Then we have the numerous employees who resigned from Al Jaz due to its war propaganda, including Ali Hashem who had footage of armed men entering Syria from Lebanon. Al Jazeera refused to air that footage.

These are just a couple examples of Al Jazeera’s war propagandizing. And Mehdi is a part of this. 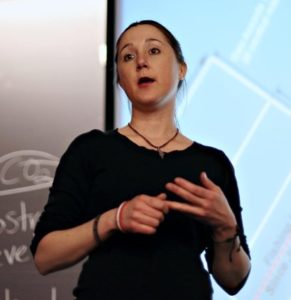