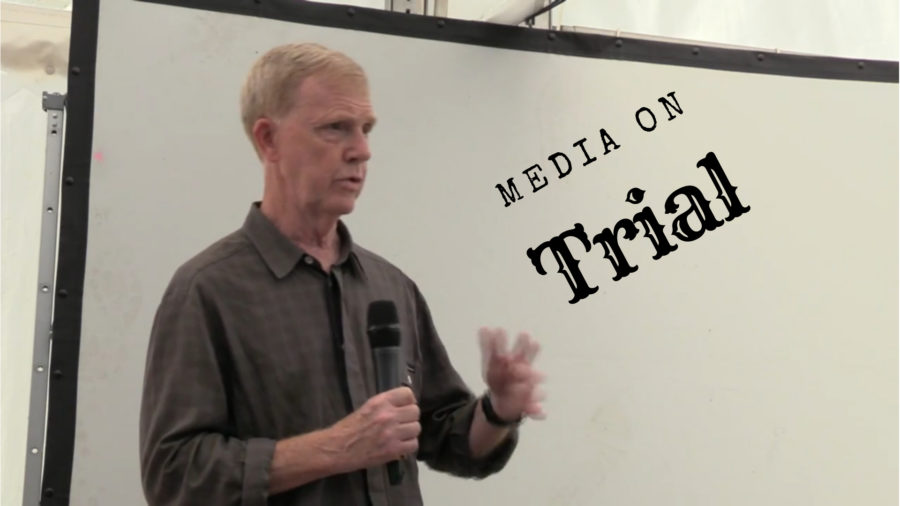 Former UK ambassador to Syria, Mr. Peter Ford talks at ‘Media on Trial’ event in Leeds, on Sunday 27th May, elaborating the role of the establishment and corporate media during the war on Syria. Mr. Ford believes the mainstream media embedded itself with known terrorist groups in Syria, relying on warmongering techniques in order to achieve the goals of their governments.

“In conclusion, let me just stress that this stuff matters. It matters because if we do not call out the mainstream media now it is highly likely that the Douma scenario will be repeated, only next time it will be much worse.

If you were a Jihadi, having seen how easy it is to jerk the West’s leash, how the media will immediately relay your fake videos if you are careful to include winsome children and screen out the Jihadi fighters, would you not be preparing the next outrage?

And because of the media portrayal of Douma, Western governments have painted themselves into a corner. Next time they will have to bomb more heavily, much more heavily. Do you think that next time Russia, Iran and Syria will continue to act like punchbags? Thought not.

Our only hope of avoiding a catastrophic outcome next time is to grab back the narrative from the mainstream media, or at least introduce into the discourse just enough doubt to give the politicians pause before they plunge us into the inferno. For me, that’s what today is mainly about.”