What I love most about traveling in Syria are the people and culture; what I hate is seeing the devastating effects on all aspects of them both from this nightmare war against it.

I have a list of sites I’d like to visit over the course of the upcoming years and decades and each trip I try to get to see one or more of them. The war is the urgent priority of course but introducing people in the west to Syria itself is my real passion and I long for the days coming when the tours are focused on its wonders and beauty. But my idea of heaven would be to spend days with a trowel and brush digging in the dirt and nights falling asleep listening to stories told around a campfire somewhere, anywhere in Syria.

Almost all of the historic/archaeological sites in Syria have been under attack or threat throughout the war. Before the violence, they were open to everyone, studied by scholars from all over the world, protected and cherished. The responsibility for the damage, destruction, and theft of heritage rests solely on the “leaders of the free world” – the US, UK, France and other allies who orchestrated this mercenary terrorists-barbarians’ “revolution” for their desired regime change war – a regime change unwanted and unsupported by the vast majority of Syrians themselves.

Thanks to the Syrian government, the Syrian Army, and their allies, many of Syria’s unique world heritage sites have been saved from total destruction and I’m delighted to have seen several, from ancient Phoenician ruins to Roman cities to massive medieval castles – thru all the eras of history to the lovely romantic alleys of Old Damascus. Archaeologists and historians worked around the clock and often at great risk to move and hide artifacts, treasures, and manuscripts to save them for future generations.

Tragically, too many of the vulnerable, precious sites are still under control of the US and allies backed “moderate” terrorists who have looted, defaced, and/or blown up irreplaceable history while beheading, bombing, kidnapping, raping, torturing, and robbing the people of Syria. Recently some of these mercenaries were intercepted trying to sell the treasures they stole from the famous and ancient Jobar Synagogue.

So Mari and other sites along the serene Euphrates; Ebla – where a treasure trove of thousands of ancient tablets was discovered in the 1970s; the haunting Byzantine “Lost Cities”; and Bosra – mentioned first in 1400bc that became a major Roman city, will have to wait but I’m sure they will be back under their rightful owners soon – the people and the legitimate government of Syria.

In the meantime, here are some places available for tourists to Syria to enjoy now and my great hope is that visas will get easier to obtain over the next year or so and all who want to can see them for themselves. Btw, all of these photos were taken on my trips over the past two years; much of Syria’s beauty remains. 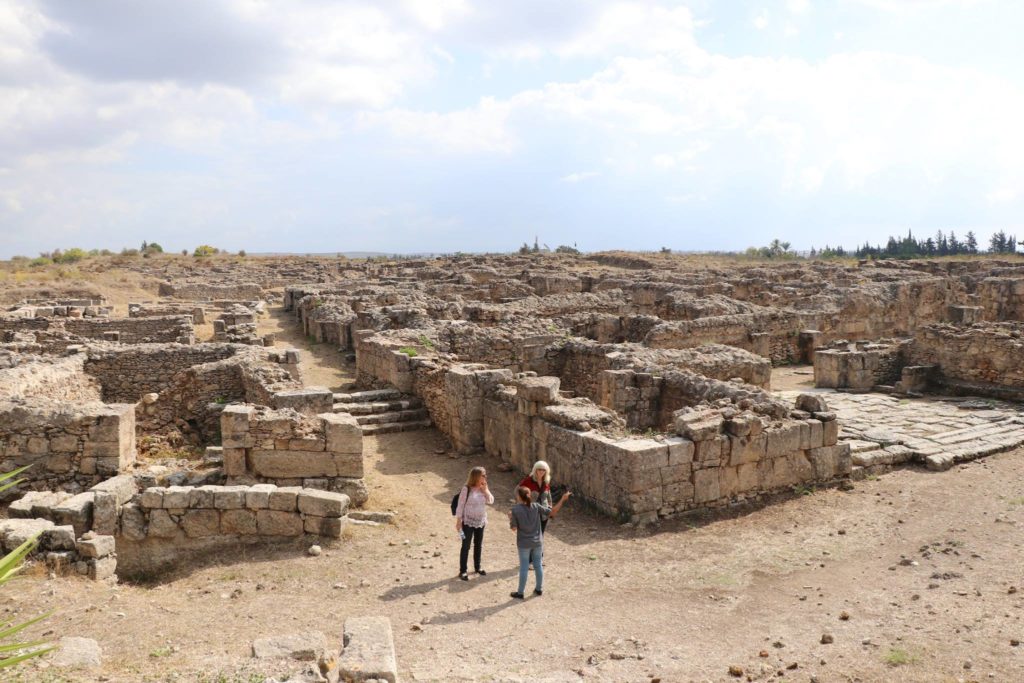 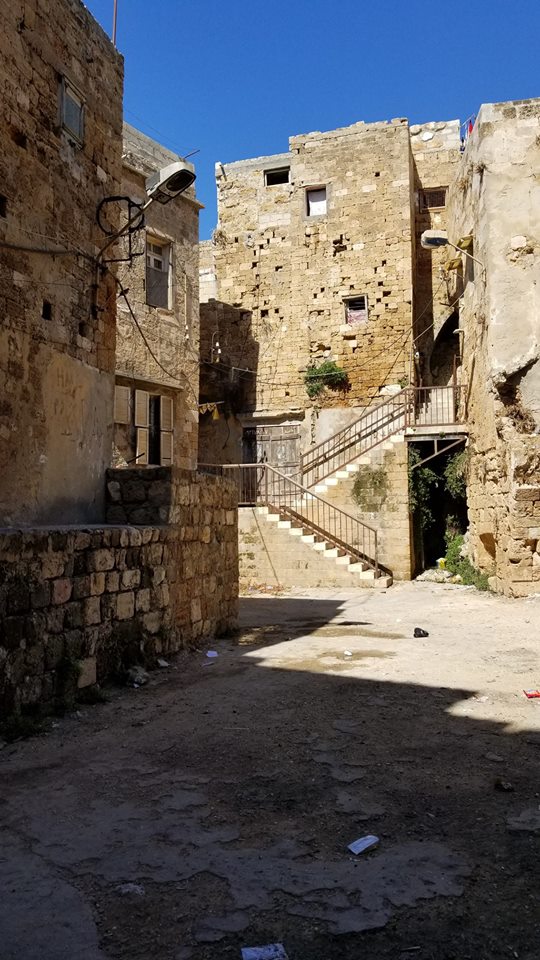 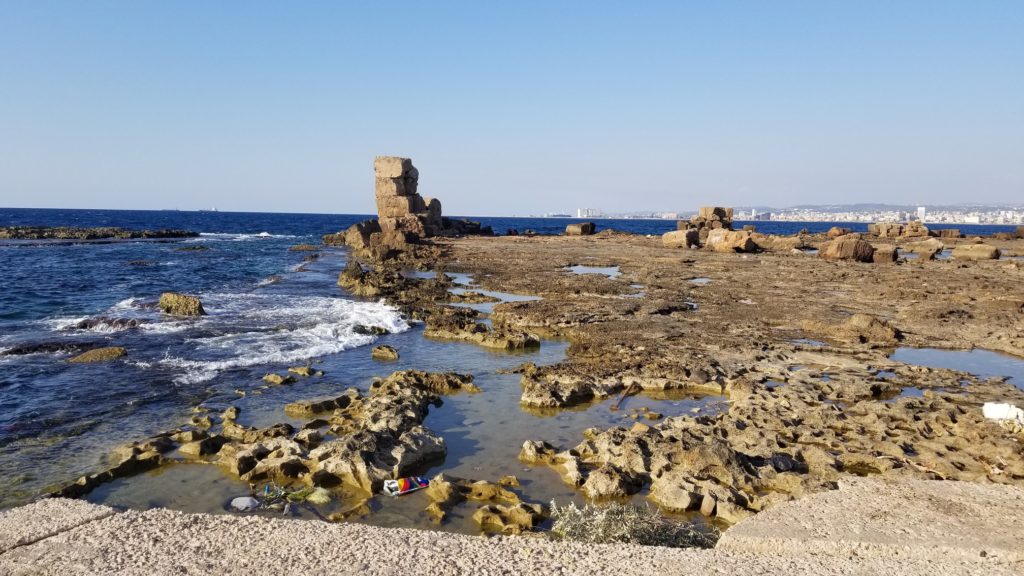 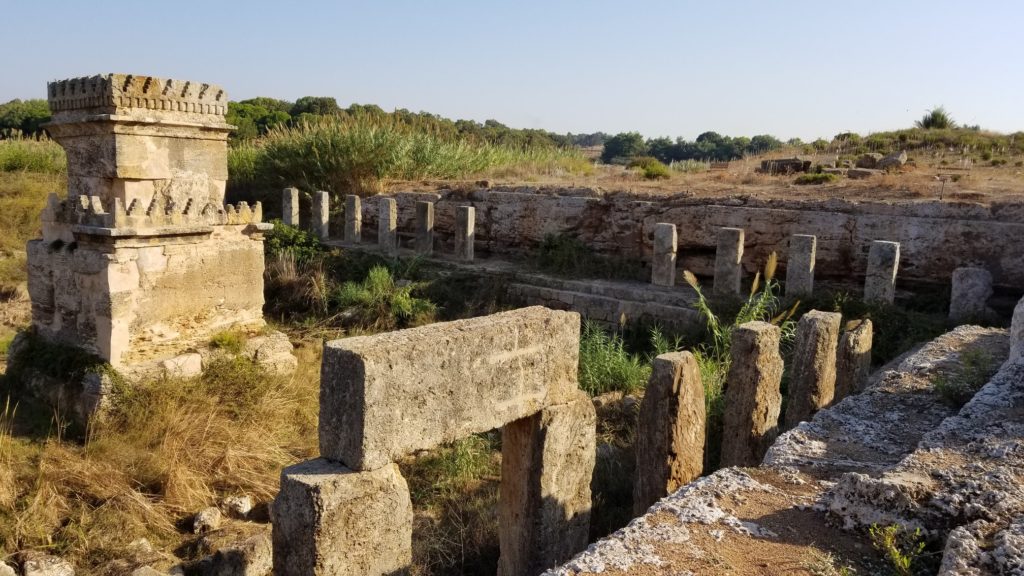 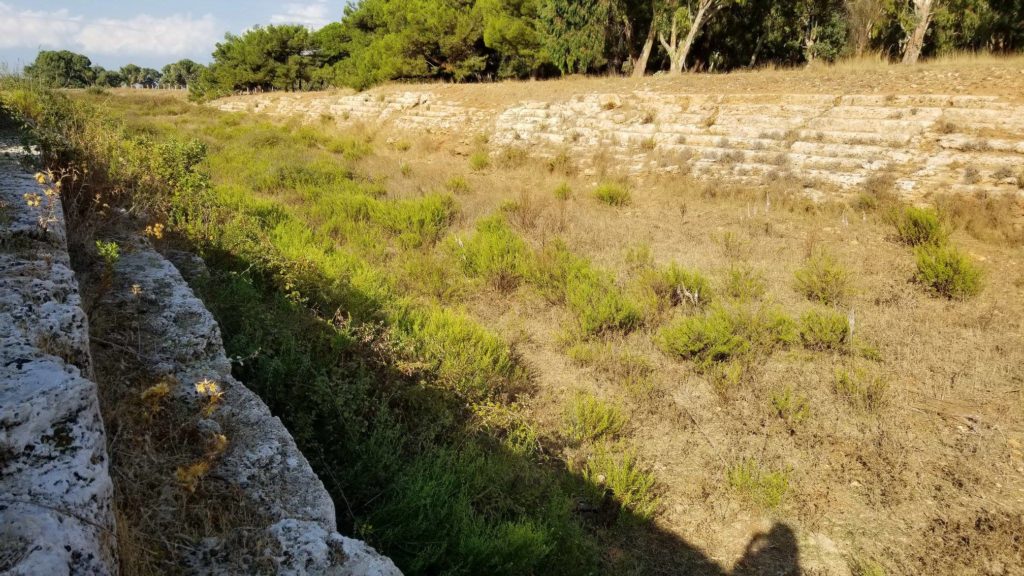 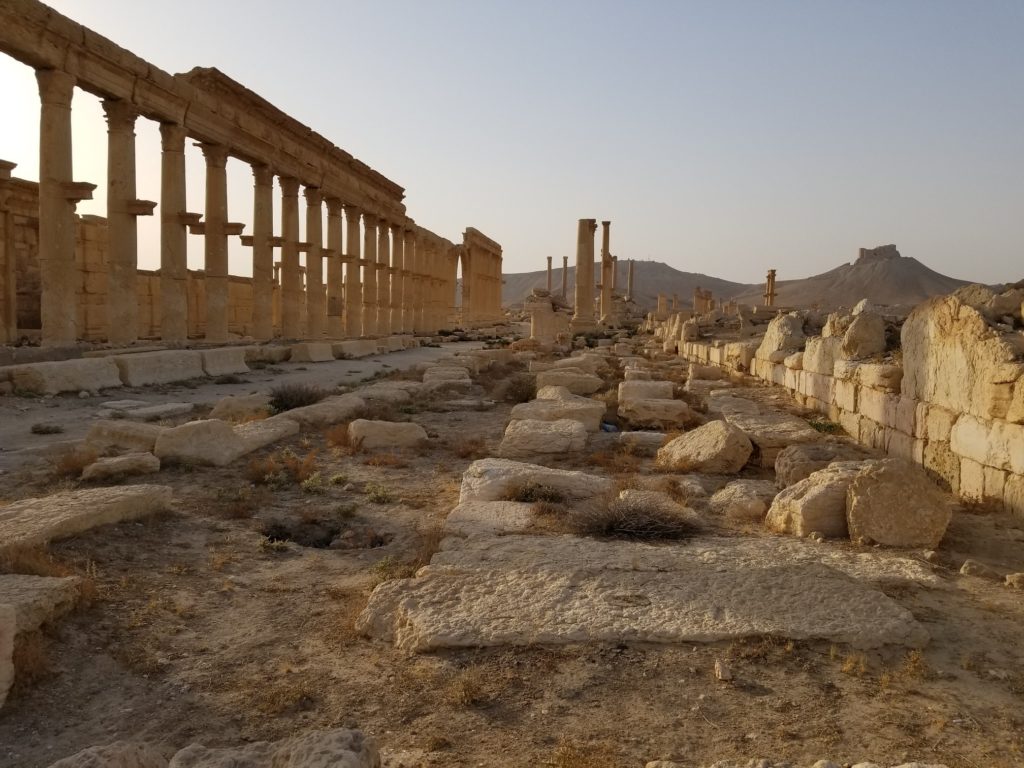 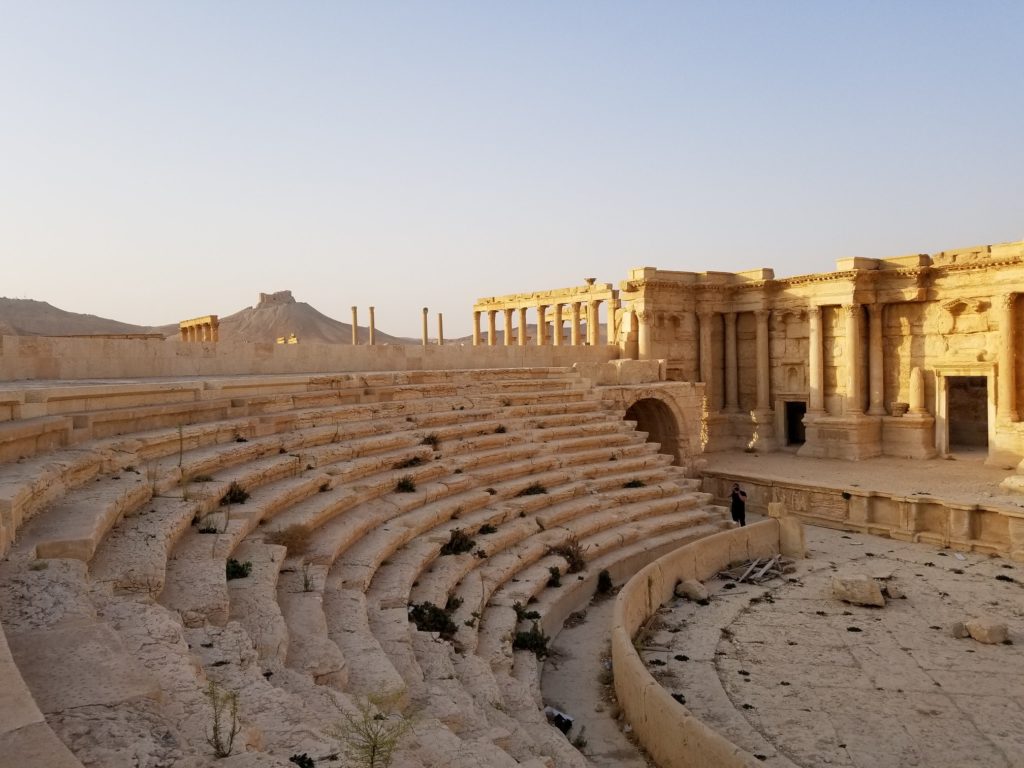 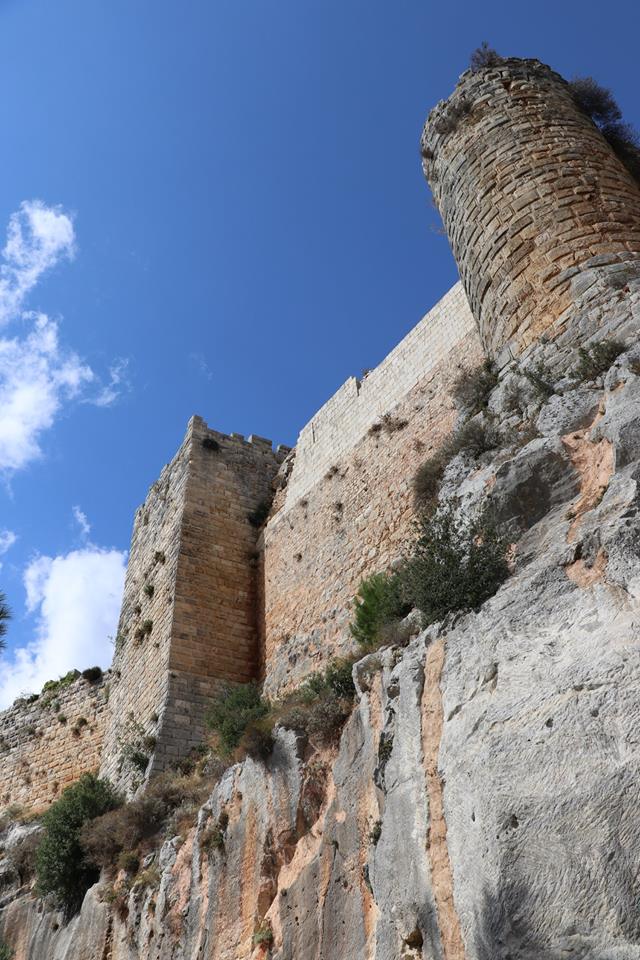 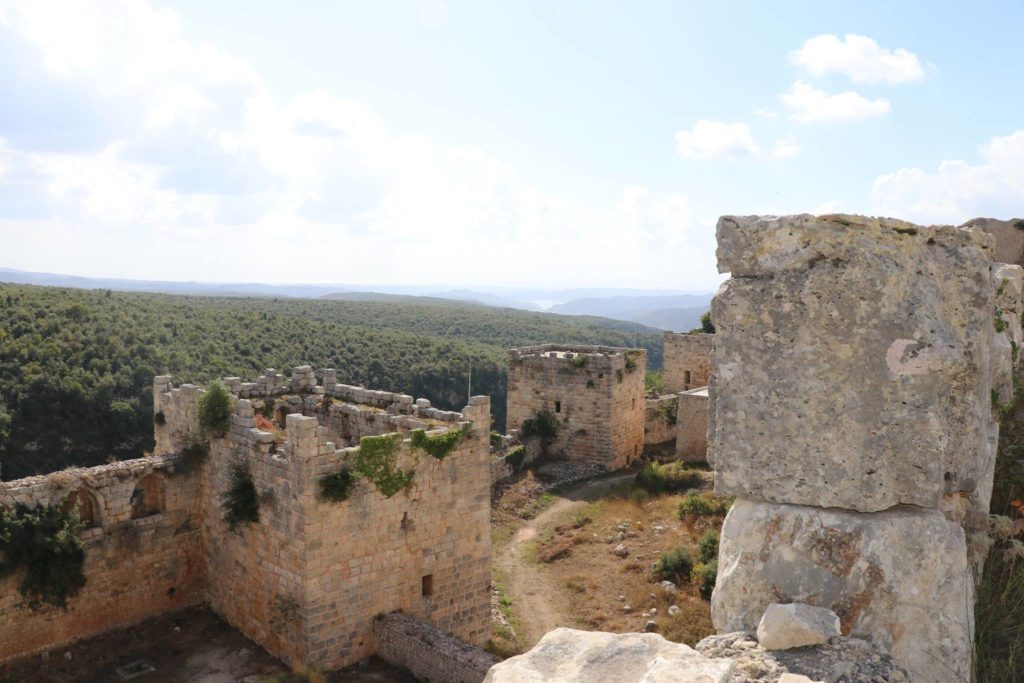 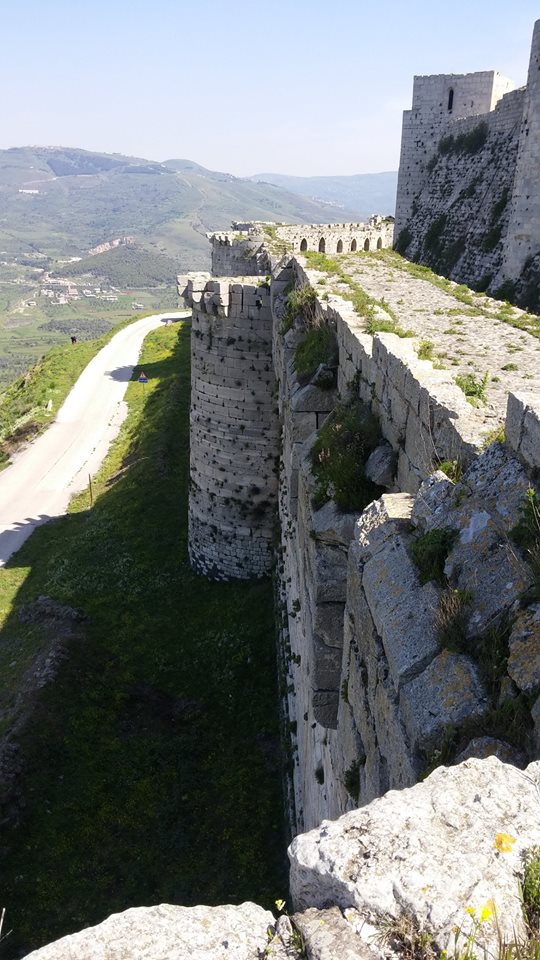 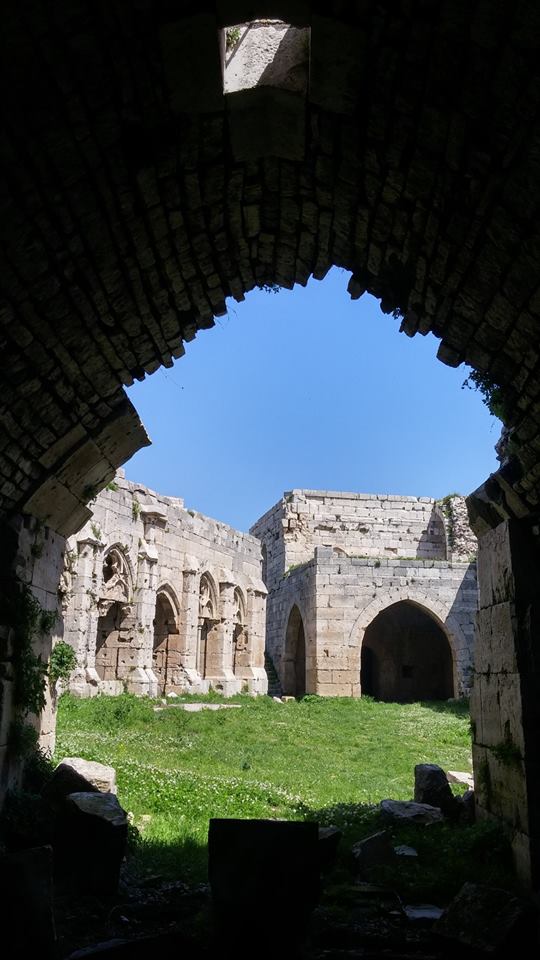 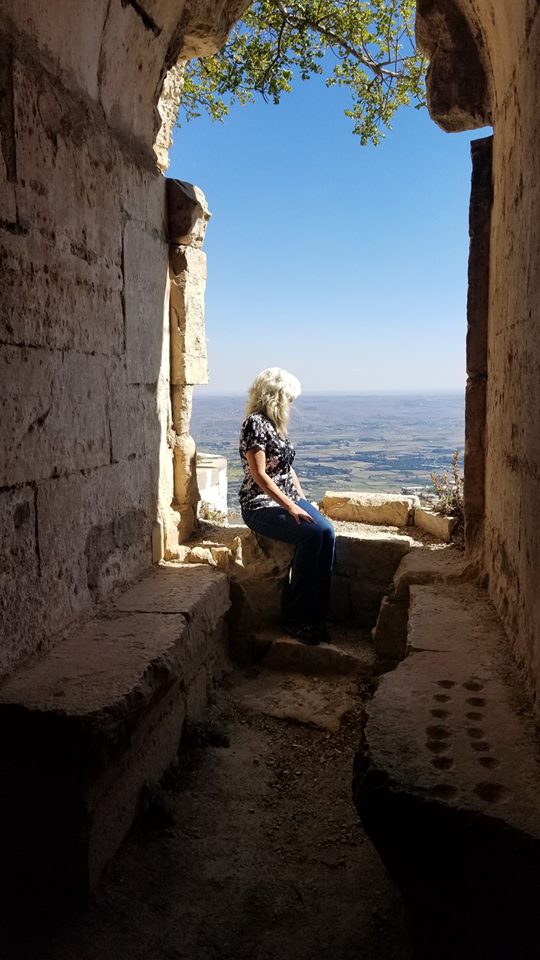 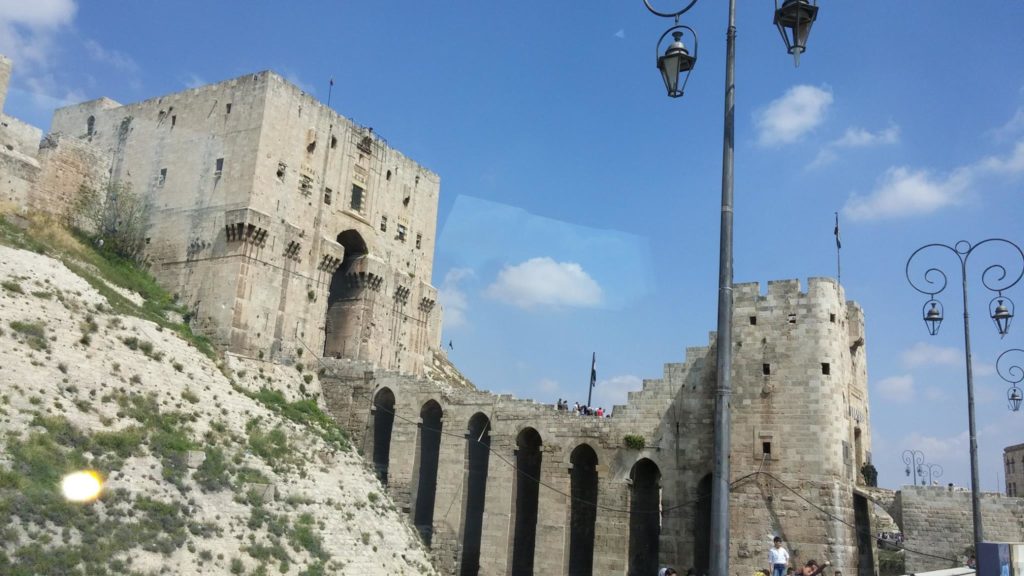 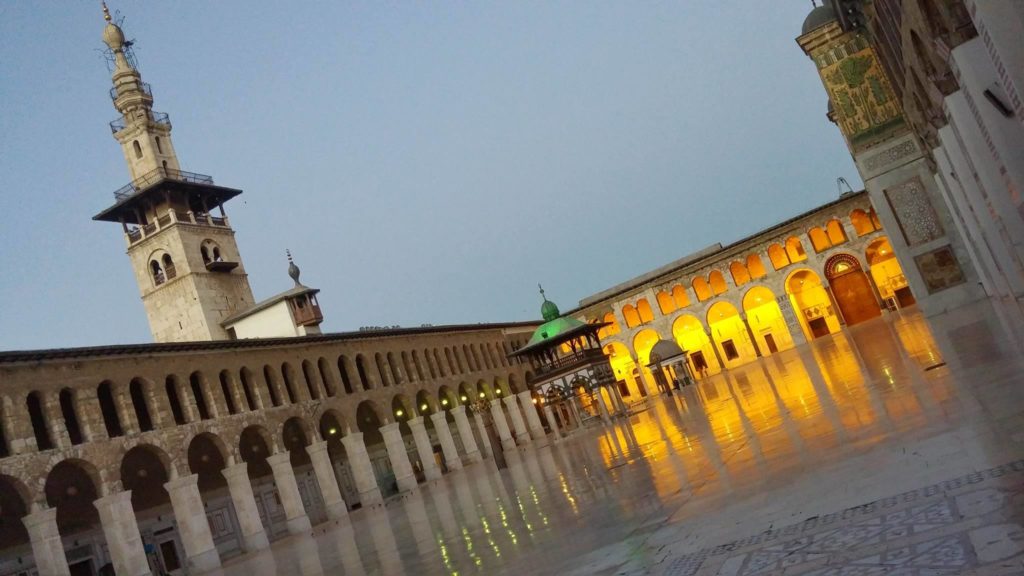 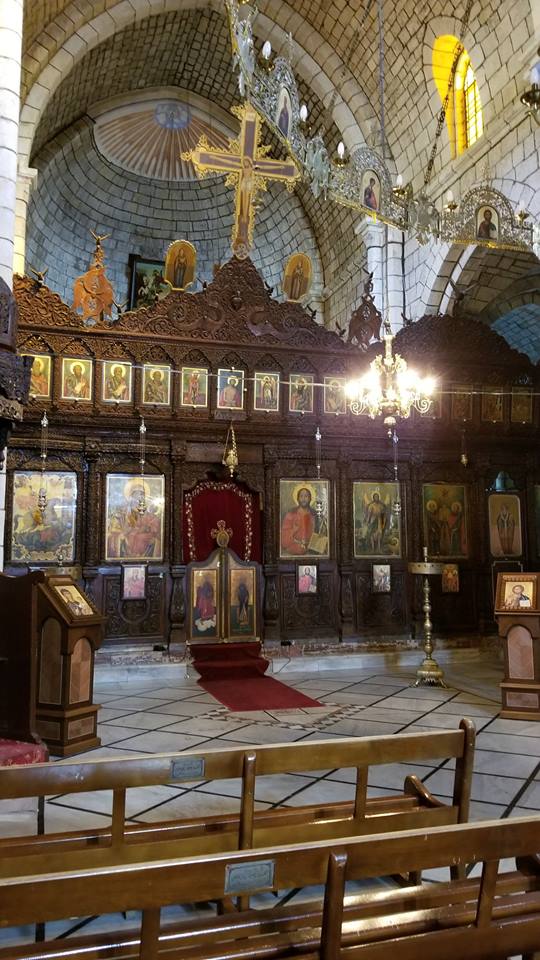 Caravanserai, Old Souk, Damascus, Syria where caravans would stop over on the great Silk Road. 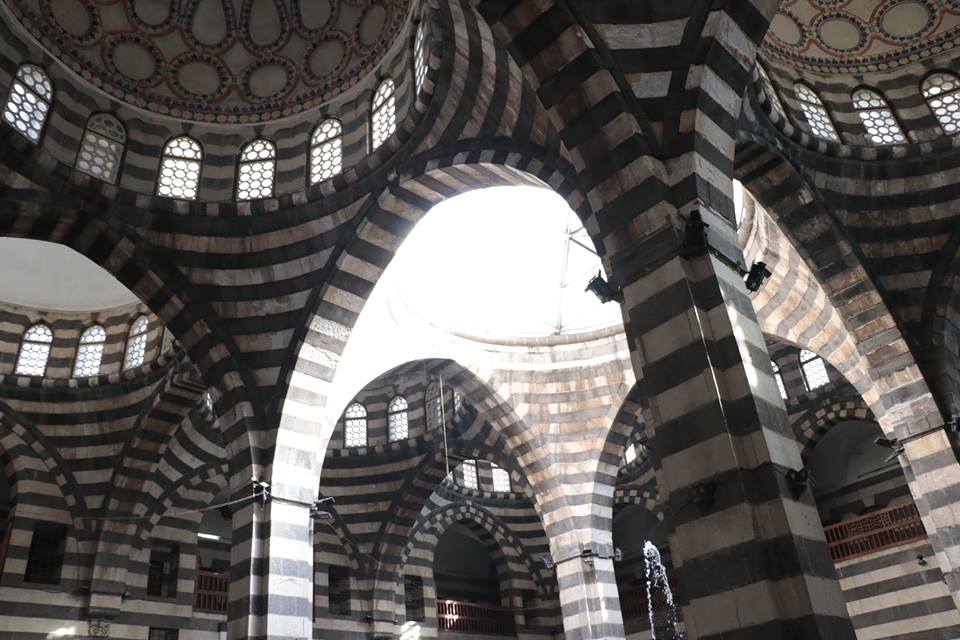 The famous water wheels, or ‘noria’ in Hama, Syria 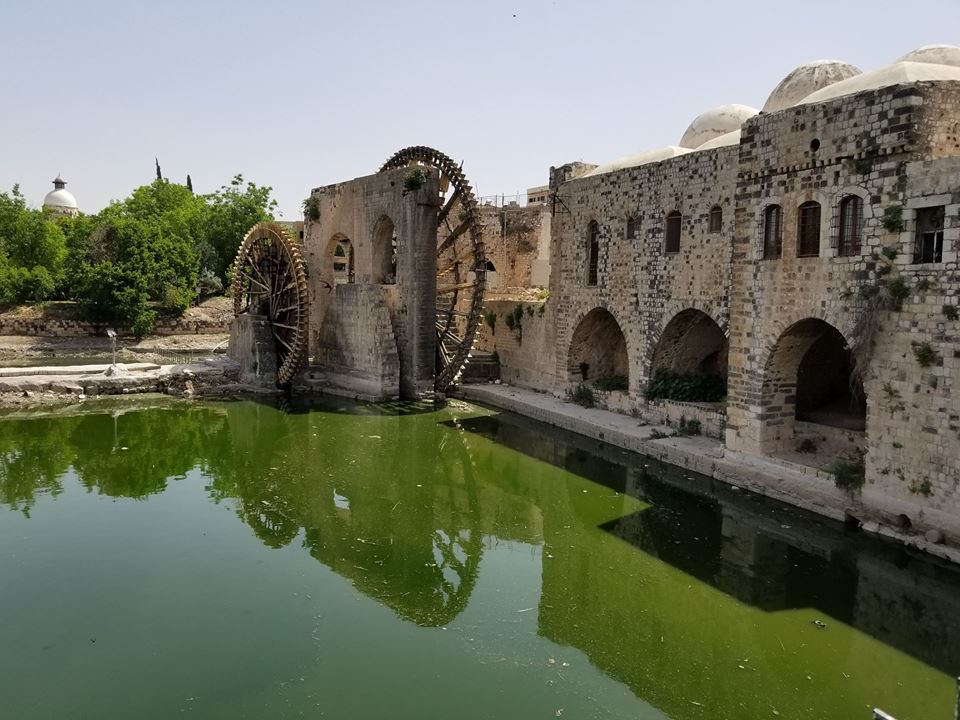 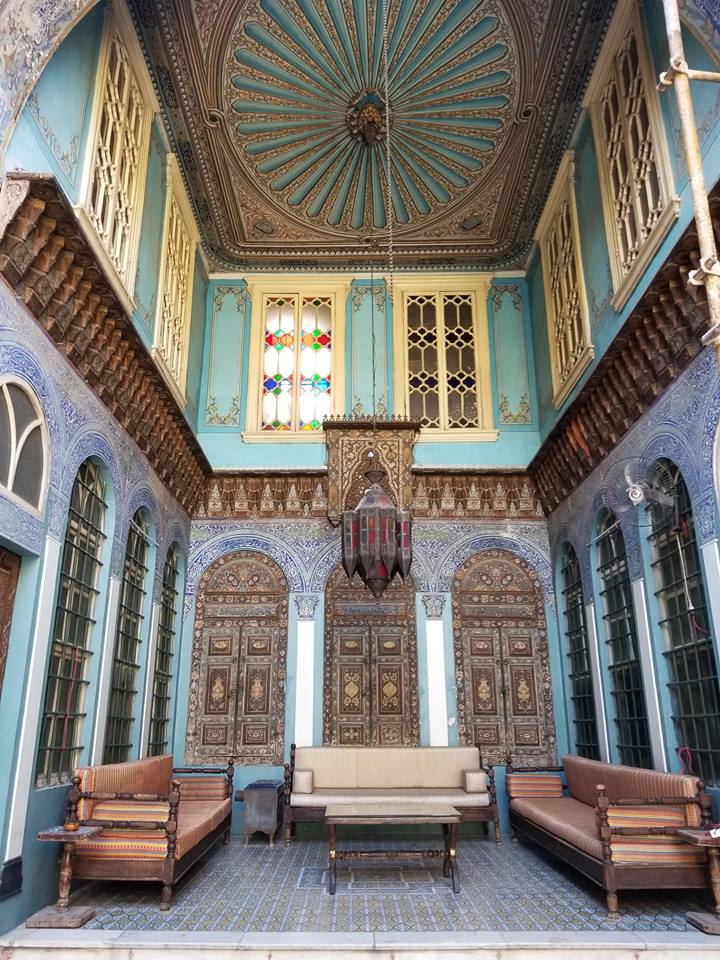 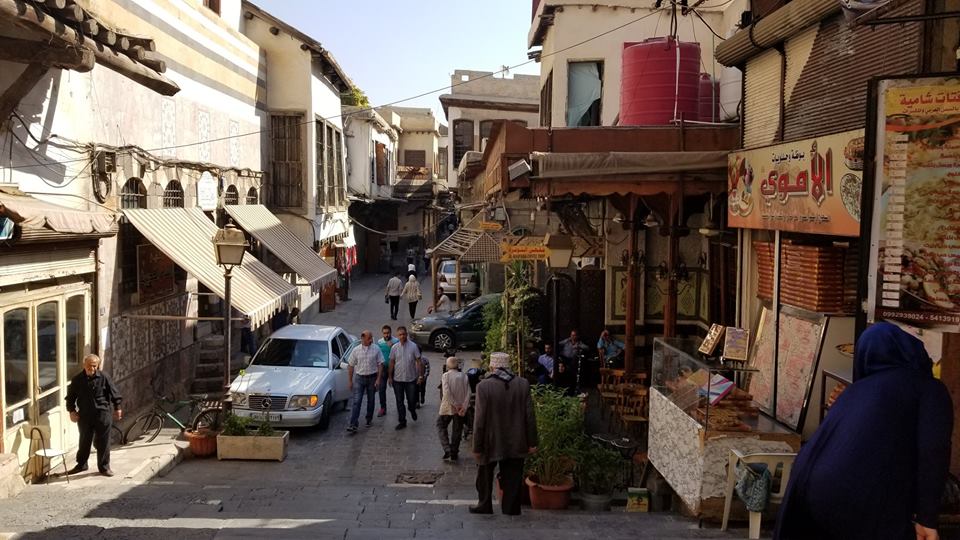