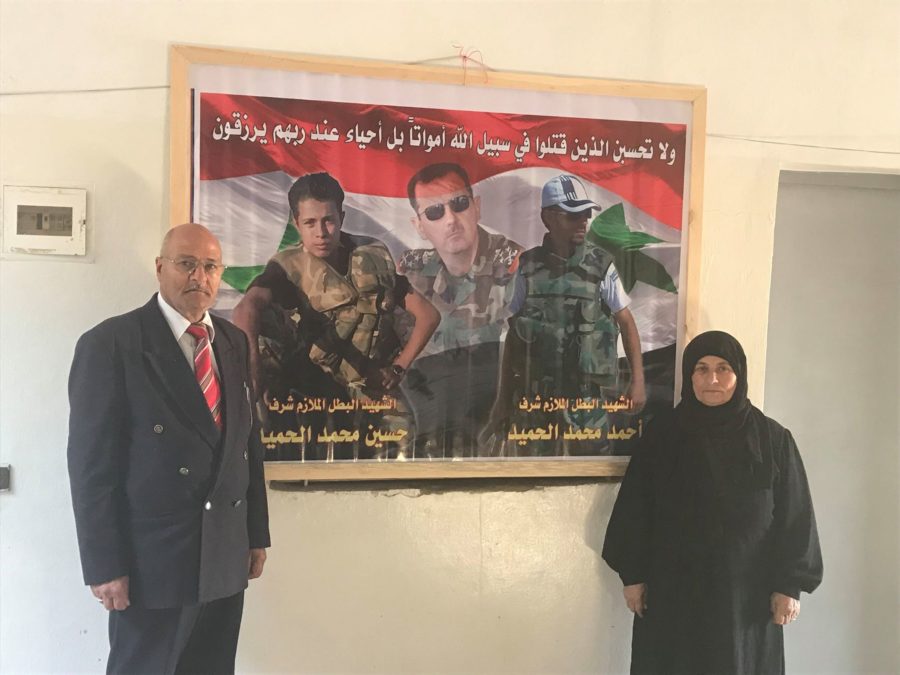 This is Mohammed Gabbash Al Hamid and his wife Fatima Hilal Al Hamid from Salamiyah talking to me about the martyrdom of two of their beloved sons, Ahmed and Hussain Mohammed.

Ahmed, born in 1989, was martyred on the 2nd March 2013 in Raqqa. He was killed by ISIS and his body was buried in Raqqa. His parents had been unable to reach his grave when I spoke to them early in 2018.

Their second son Hussain Mohammed (born in 1994) was martyred on the 8th April 2014 in Khan Sheikhoun.

Mohammed and Fatima had 6 sons and two daughters. They have 4 sons left. One is also in the SAA. Mohammed spoke to me about the role of the Syrian Arab Army in very familiar terms:

“We are for Syria. We will give our blood for the Army and for Syria – against the terrorists. We are so proud of the Army’s role in defending and protecting our country and our people. We are one hand”. 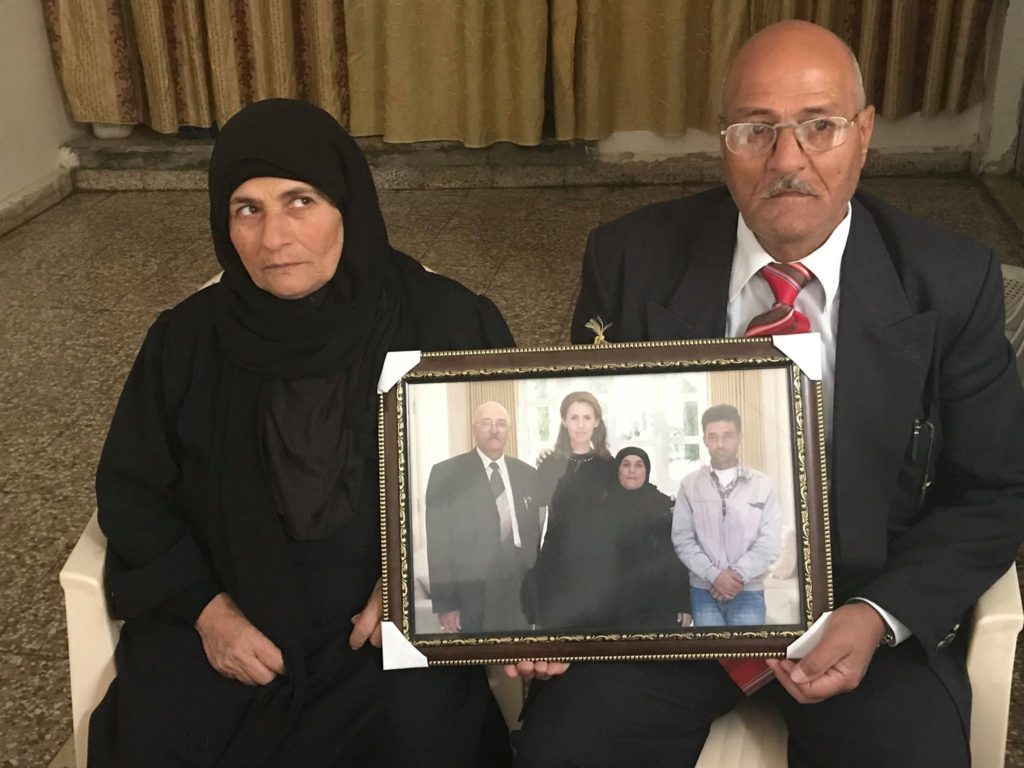 “Nobody in the West understands. The SAA is from Syrian families and from our land. They are not foreigners. The West has sent the foreigners to our land. When you fight against the SAA you are fighting the Syrian people”.

Fatima described in detail how Asma Al Assad sent a car to their humble home in Salamiyah to transport the couple to Damascus:

“I have every detail in my memory. The First Lady was so simple, so expressive. She was full of warmth, honesty and simplicity. When we finished our meeting she asked us gently – “how many daughters do you have”? I replied “two”. She told us she was now our third daughter. She was full of compassion, peace and love. Despite being older than her, I feel she is the mother of all Syrians. There is room in her heart for all Syrians. I cant describe my feelings. We didn’t feel like we had met the First Lady, we spoke heart to heart and soul to soul”

We are with the Army in our hearts and minds, so any Western declaration is disconnected from the truth and Law.

We are with the SAA and the SAA are very conscious young men defending and organizing everything concerning Syria, defending Syria

This is the SAA which is Syrian and is the pride of all Arabic countries.”