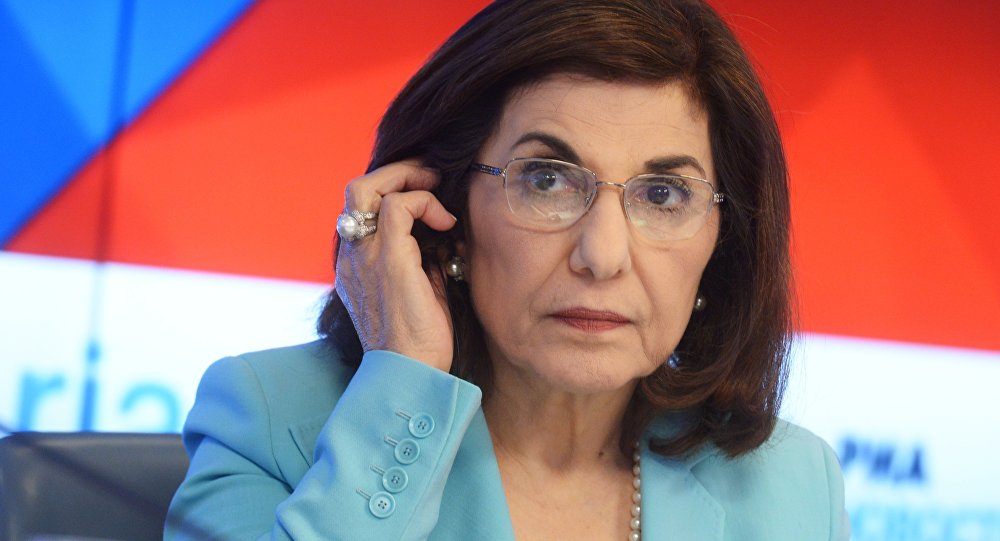 With every success achieved by the Syrian army and its allies in Syria, and with every opportunity to end the war on Syria and return every inch of the country under the control of the state in order for the Syrian people to resume normal life; the colonial powers devise new terror scenarios and aggressive steps aimed at stopping the Syrian people, continue to deplete Syria, having already done so for years through the arming and financing of thousands of terrorists. Based on that, we can understand how the new US State Department’s envoy to Syria, James Jeffrey, began his mission. For Jeffery, the Syrian question should be discussed with Turkey, the main party supporting the terrorist war against Syria. He emphasised that Iran and the allied forces should withdraw from Syria, as Israel wishes. At the same time, the United States is expanding its aggressive occupation of Syrian soil, creating new occupation bases and fortifying the existing bases in Shadadi and its countryside in the southern province of Hasaka. An American emissary also toured southern Hassakah to assure those who are willing to become agents of the American occupiers that they will continue to receive support and protection. This emissary also supervised the occupied areas in the countryside of Al-Raqqa and Manbaj, and inspected their so-called ‘local civil councils’. The recent statements of US Secretary of Defence James Mattis statements reveal the true American aggressive intentions behind this flood of American envoys involved in supporting terrorism in Syria. The truth is that this army of ambassadors, advisers and diplomats is working to create conditions on the ground to continue this terrorist war and attract some traitors and agents to carry out terrorist schemes, which the terrorists financed and armed by the US, Israel, Saudi Arabia and Turkey failed to carry out elsewhere. “Our goal is to move the Syrian crisis into the framework of the Geneva process so that the Syrian people can choose for themselves a government that is not led by Bashar al-Assad,” Mattis said at a press conference on Tuesday (August 28th) at the Pentagon. As if Mattis appointed himself a guardian over the Syrian people, telling them what form of government they most chose, in a manner reminiscent of colonial dictates.

“If the local population can ensure their security, we can start to reduce,” Mattis said, “the number of our troops.” In this he means local people who can be recruited into mercenaries completely subordinate to the US, which could carry out its schemes under “civilian” guise, after their operatives, ISIS and al-Nusra failed to carry them out. All of the aforementioned was accompanied by a renewed campaign on the alleged use of chemical weapons, coupled with the frantic statements made by the prime minister of the Zionist entity about the danger of the presence of Israel’s enemy Iran in Syria. He, on the other hand, wants Iran to abandon the Syrian people so his entity, Turkey and Saudi Arabia could continue their aggression against Syria and its people. In this context, we can understand the real motive behind the closure of schools that teach the curricula of the Syrian Ministry of Education in northeastern Syria at the hands of racist militias; which was followed by closing down churches and attempts to displace Syriacs and Armenian Syrians, who are the historical owners of the land. The latter’s response to the American-led coercive measures was decisive as they took part in mass demonstrations raising the Syrian Arab flag and reopening schools, risking their lives doing so, thus challenging the Chauvinists who closed Syrian schools at gunpoint. This is the Syrian response to yet another transitional stage of the American terrorist war on Syria: steadfastness, defending the land of Syria and its flag, independence, and national pride in the face of those who try to sow sectarian and ethnic divisions among Syrians.

When Syrians hold on to their national identity in every part of their country is an act of resistance against the Zionist enemy and all the recent movements led by the Americans and their agents from Saudi Arabia, Turkey and NATO to prolong the terrorist war on Syria to achieve the goals they set for this criminal dirty war, which will never happen because the forces of the resistance allied to the Syrian people have thwarted all their aggressive. “Iran was put on notice that we will not tolerate the continued spread of problems in the whole region, whether they are with Assad, or their threats to close the Strait of Hormuz or their support for the Houthi rebels in Yemen who are firing missiles at Saudi Arabia,” Mattis said at the same press conference. To them, ending problems in the region is synonymous with submission to American and Israeli hegemony, but this has become impossible after the legendary steadfastness of the Syrian Arab people and the victories it has achieved with the support of its allies and friends against the worst colonial aggression it has suffered in modern history. This will also prove that the will of the Arab people in Syria is stronger than all their fleets, and their attempts to suppress the freedom of peoples, whether by using terrorism or by recruiting cheap agents. All of this noise is a result of their realisation that they have lost control over the situation!

Bouthaina Shaaban is a Syrian politician and is currently the political and media adviser to the President of Syria.