7 years in which Israel investing in the Syrian war and providing intelligence, military and medical support to the Islamist jihadi groups near the borders of occupied Golan Heights.

7 years and Tel Aviv is ecstatic watching the only army in the region, which poses a security threat on Israel, is fighting on multiple fronts, losing its most efficient officers, soldiers, researchers and sophisticated weaponry.

7 years and the Zionist state is part of the Military Operations Center (MOC) which along with Saudi Arabia, Jordan, the United States and Britain supported the anti-Assad militants in the Southern Front.

7 years and the Israeli occupation army periodically bombing the positions of the Syrian Arab Army, leaving Al-Nusra Front and ISIS/Daesh freely and actively operate on the borders with the occupied Golan Heights, in order to attack the SAA positions in al-Qunaitra.

Seven years in which many statements were made by Israeli officials who said they prefer ISIS/Daesh over Assad. 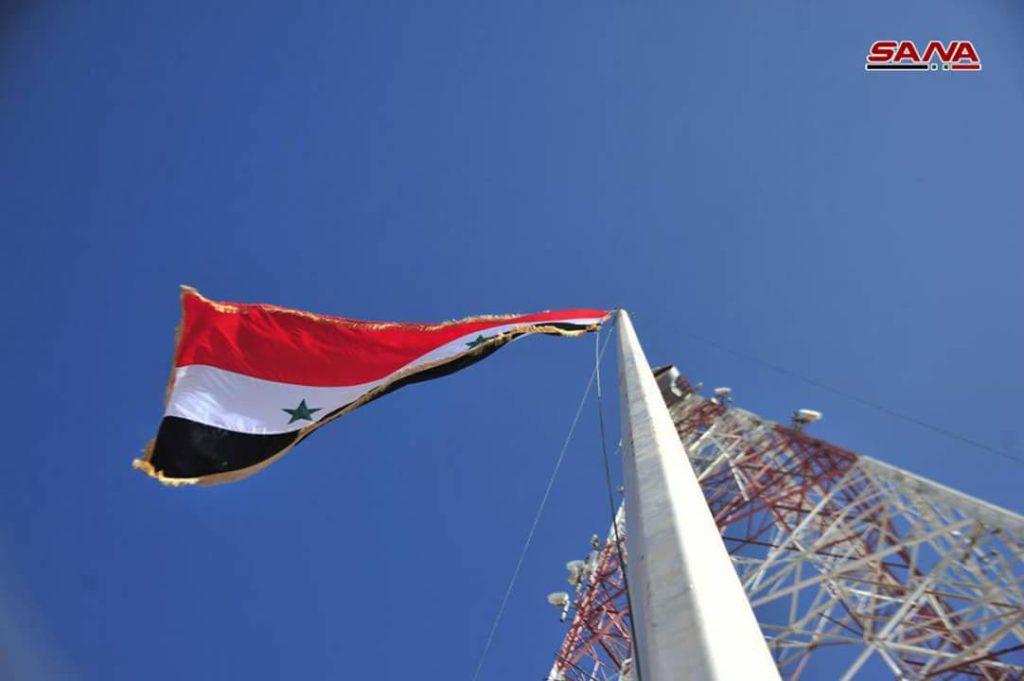 Today, this proxy war in Daraa is almost over. The Syrian Army forced the Islamist militants to surrender in most of the southern region, including the city of Daraa and raised the Syrian flag over the city which is considered the “cradle of the revolution”.

After the liberation of more than 85% of Daraa, the Israeli Prime Minister Netanyahu told reporters before leaving Moscow to return to Israel, after meeting with Russian President Vladimir Putin: “We haven’t had a problem with the Assad regime, for 40 years not a single bullet was fired on the Golan Heights,”

Regardless of Netanyahu’s statements, the Syrian Arab Army will liberate the rest of Daraa and the security and military bases will return to their previous locations, which will force Israel to monitor the northern borders 24/24 fearing of organizing a popular resistance on the borders of the occupied Golan Heights. Today, the Zionist state is trying to underestimate the victories of the Syrian Army, as if Syria was fighting tens of terrorist organizations that fell from the air without any political or military or ideological support, and as if Tel Aviv was neutral during the past years.

Today the Israeli buffer zone project fell in the south of Syria irrevocably and also failed the Israeli calls for “protecting” the minorities in the As-Suwayda governorate, and most importantly the “humanitarian project” of Avichay Adraee and his electronic army failed, which tried to promote the ‘beautiful face of Israel’ by telling the militants and their families: We protect and treat you in our hospitals while the Syrian Army killing you.

Israel’s project in Syria failed and the maximum goal the Zionist state wishes today is the removal of Hezbollah and Iran from its northern borders, not because the Israeli occupation army doesn’t take the Syrian Arab Army into account, rather because the trio Syria-Iran-Hezbollah have defeated together the most brutal and best trained terrorist organizations in the region.

Therefore, Israel wants to isolate Syria, as it has done politically since the Camp David and Wadi Araba Accords, and now is pushing for the “deal of the century” in cooperation with Saudi Arabia and the rest of the Gulf states.

Kevork Almassian is the founder of Syriana Analysis