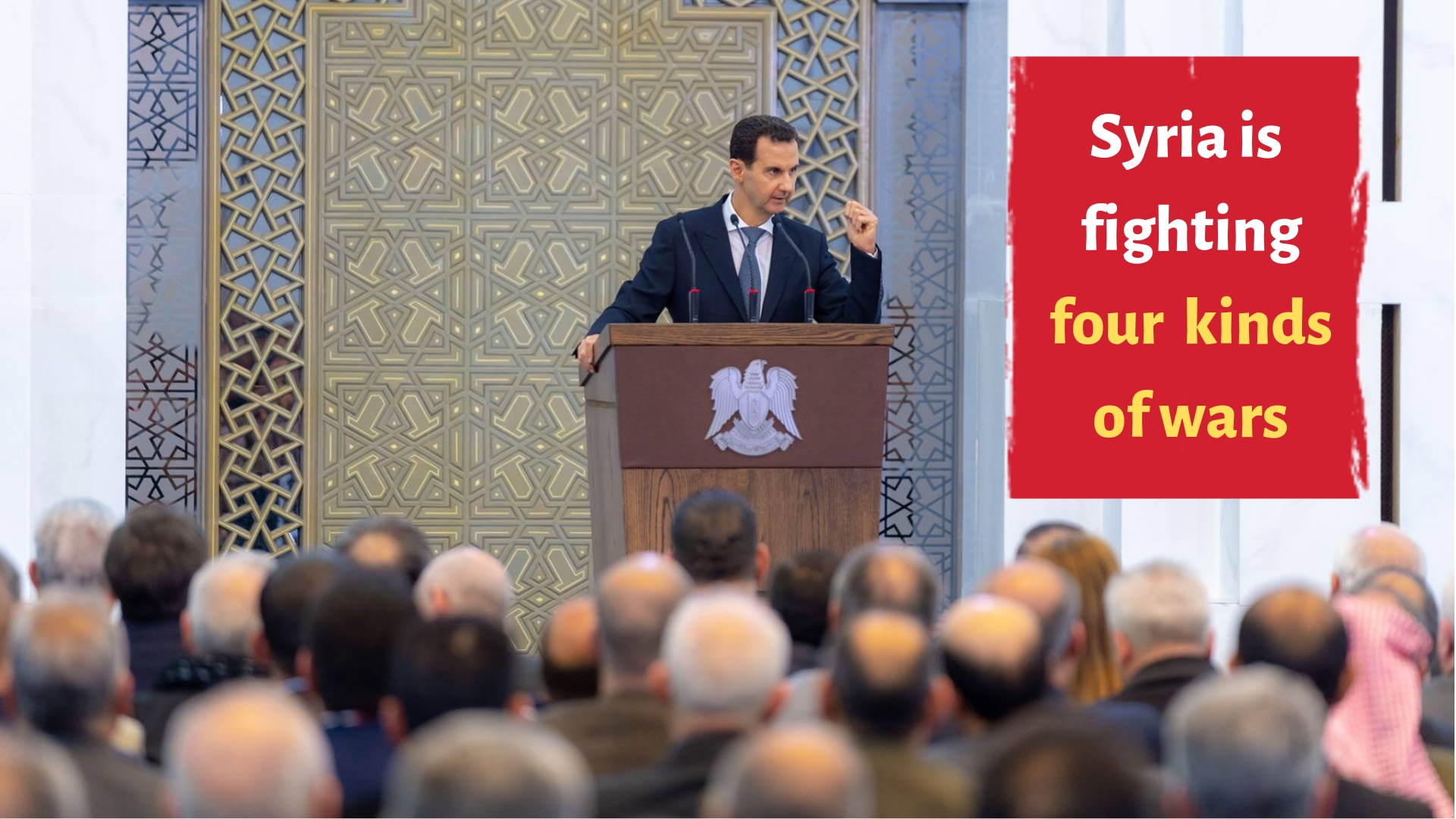 The Syrian President Bashar al-Assad warned during a public speech on 17 February 2019, that the war is not over yet and #Syria is still fighting four kinds of wars: 1- a military war 2- siege warfare 3- internet war 4- a war against corruption.