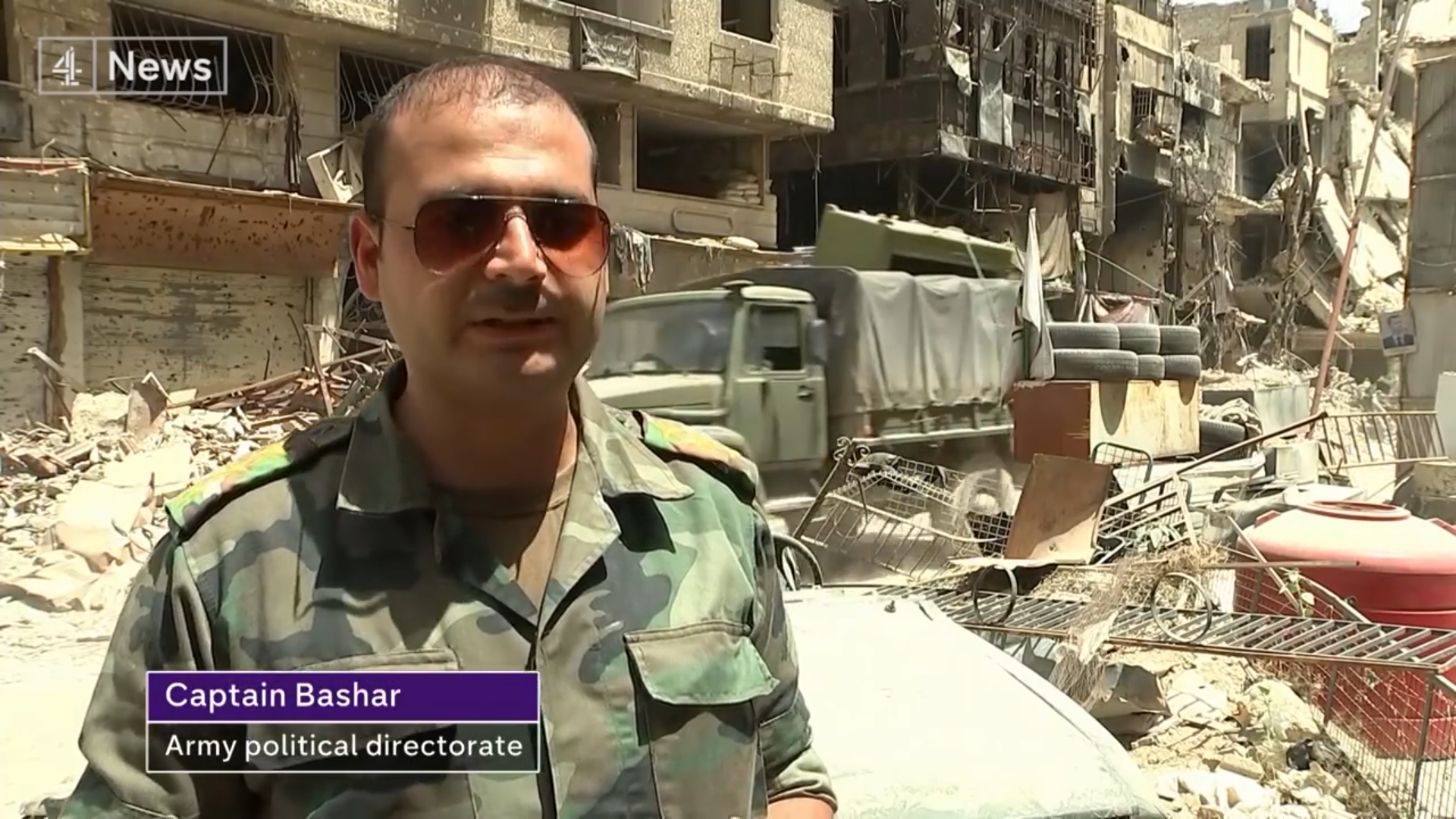 During the years of the war against Syria, the Syrian journalists gained experience thanks to the interaction with their peers both from within and beyond the borders, which has refined their skills in dealing with the anti-Syrian media. Thanks to this, the Syrian soldiers are also able to deal with the media pressure and the booby-trapped questions of professional journalists.

For example, Bashar from the political administration of the Syrian Army deals professionally with the questions of the most clever journalists in the British Channel 4, Alex Thomson, giving to him and his channel’s audience some answers that a lot of Syrians hope to deliver.