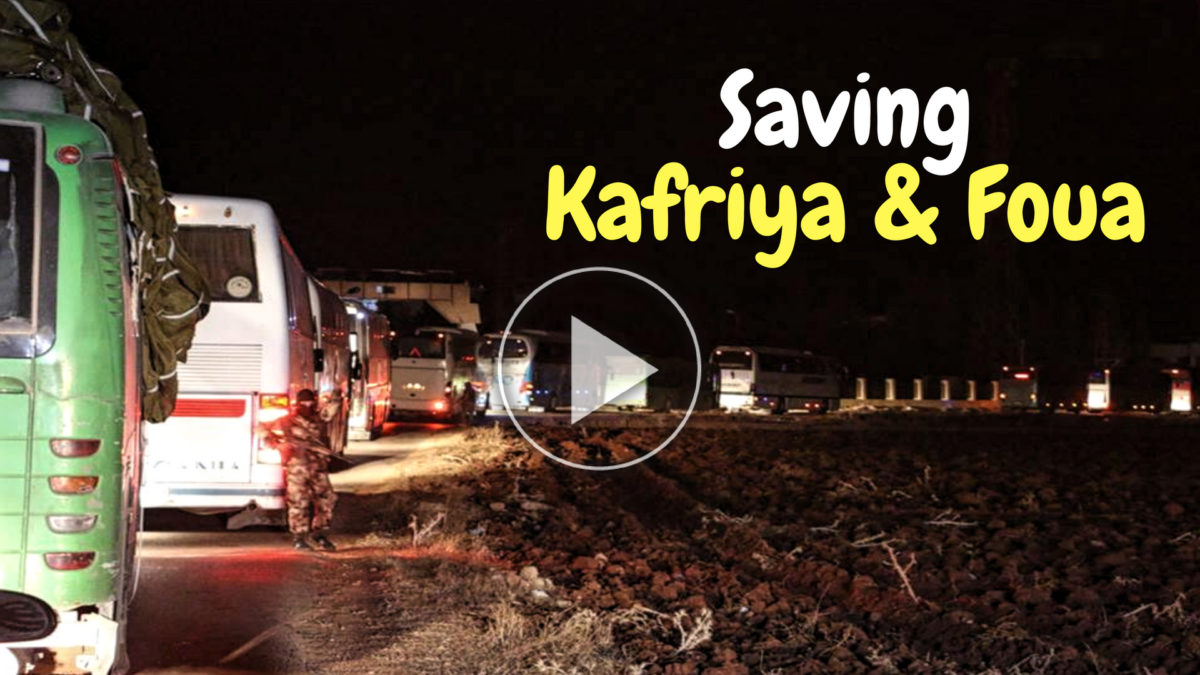 The process of transporting the civilians and defenders of terrorist-besieged towns of Kafriya and al-Foua to al-Eis corridor in Aleppo southern countryside ended on Thursday.
Syriana Analysis sheds light on the miserable humanitarian situation in Kafriya and al-Foua towns and the reason behind the evacuation despite more than 3 years of steadfastness.