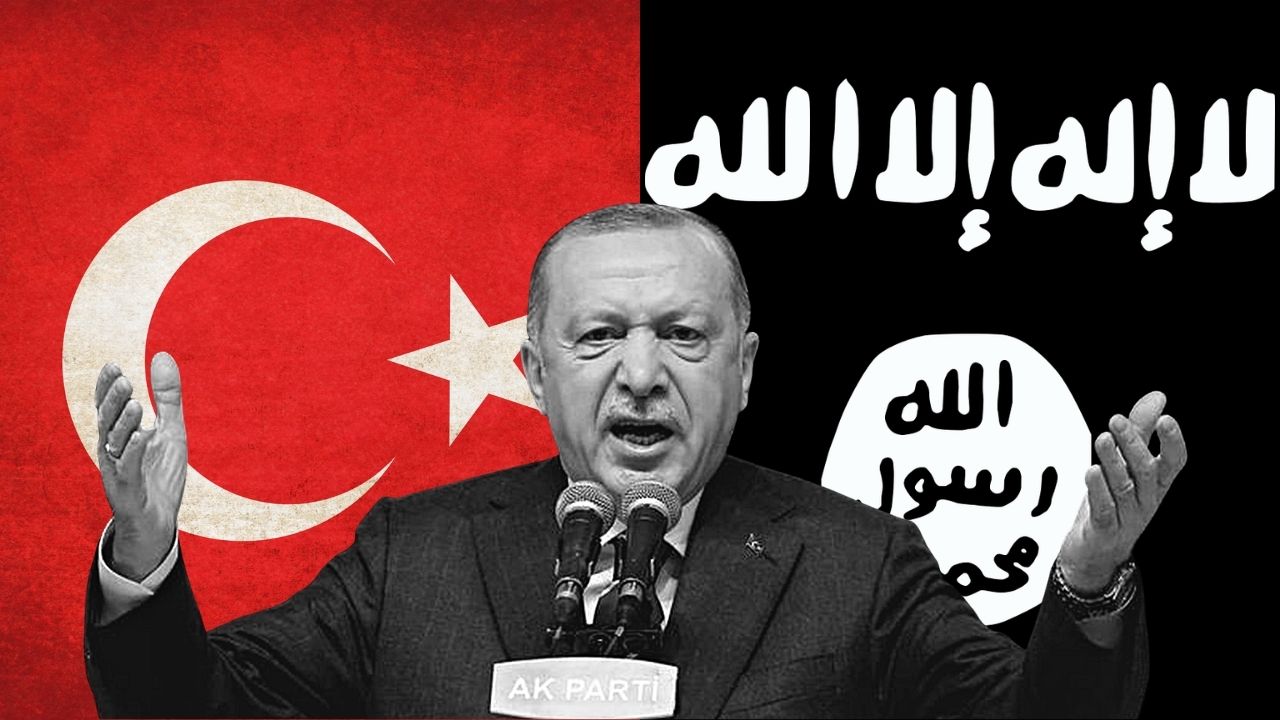 Armen Tigranakert – The news of an ISIS leader elimination, Abu Ibrahim al-Quraishi, by the US forces in Syria’s Idlib went around the whole world last week. On the night between Wednesday to Thursday, American commandos had airdropped from helicopters in the town of Atmeh located near the Turkish border, and then they stormed a house, where allegedly the Daesh’s boss was hiding. Al-Quraishi blew himself up during the erupted clashes. According to the White Helmets, 13 people were also killed in the explosion, including 4 children and 3 women.

It is worth noting that this operation has become the most successful for the US special forces in two years. The previous “Caliph”, Abu Bakr al-Baghdadi, was also eliminated by Americans in the same area in October 2019. Most notably, both leaders of one of the most dangerous terrorist organizations were hiding in northwestern Syria near the border with Turkey.

The incident of al-Quraishi elimination triggered a lot of questions from military analytics. The main of them is – how did the Turkish special services allow the presence of such high-ranking terrorists in the area of their influence. Many experts agree that Ankara is directly involved in harbouring ISIS militants because Turkey has dozens of observation posts in the province of Idlib, which has already become a “Turkish patch.”

No less important are long-standing ties of al-Quraishi with Turkey. He ran negotiations between ISIS and Ankara in relation to the Turkish consulate in Iraqi Mosul in June 2014. At that time al-Quraishi personally moved a staff of the embassy in a safe area, from which they were transferred to Turkey. Moreover, according to available information, the “second ISIS Caliph” had a Turkman origin, which demonstrates sympathy for him from the Turkish leadership.

In turn, locals are also concerned about such close proximity with ISIS militants. A resident of Afrin city, who called himself Nizar, pointed out the people’s fear related to their security. “A lot of questions come to our minds, the first of them is – how could such a high-ranking terrorist get territories that are fully controlled by the Turkish side and its intelligence, which claims that it is struggling against terrorism, including the ISIS,” Nizar said.

Another citizen of Afrin, who hid his name, also expressed his concern after the recent events. “How could al-Quraishi residence be situated in a few kilometres from the Turkish border? Moreover, this area has always been considered safe, especially since a Turkish military facility and HTS checkpoint are located from several meters of it,” – he said.

And besides, a part of Daesh terrorists, who had previously escaped from Hasakah’s al-Sina’a prison, fled to Turkey. Moreover, according to the Britain-based Syrian Observatory for Human Rights, two runaway ISIS “Emirs” with their supporters are currently in Jarabulus city of northern Aleppo, which is held by Turkish-backed groups.

It becomes obvious that Ankara continues to support terrorist factions in Syria despite its statements of fighting international terrorism. ISIS militants are living in peace in Turkish-controlled areas side by side with civilians, who do not even know it. Thus, a logical question arises – either the Turkish special services are incompetent or involved in harbouring ISIS terrorists.