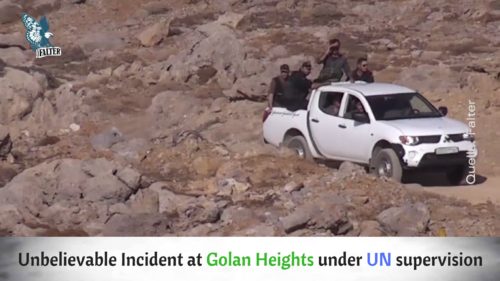 Austrian UN “Peacekeeping” forces lead a Syrian border patrol into an ambush at the Syrian border with the occupied Golan Heights in 2012. The Footage was released in April 2018 by an Austrian Newspaper, which obtained the video from a whistleblower. The incident is currently being officially investigated by the Austrian government. The UN Peacekeepers returned back to Austria shortly after this incident, and no official statement was made if their withdrawal was related to the event.