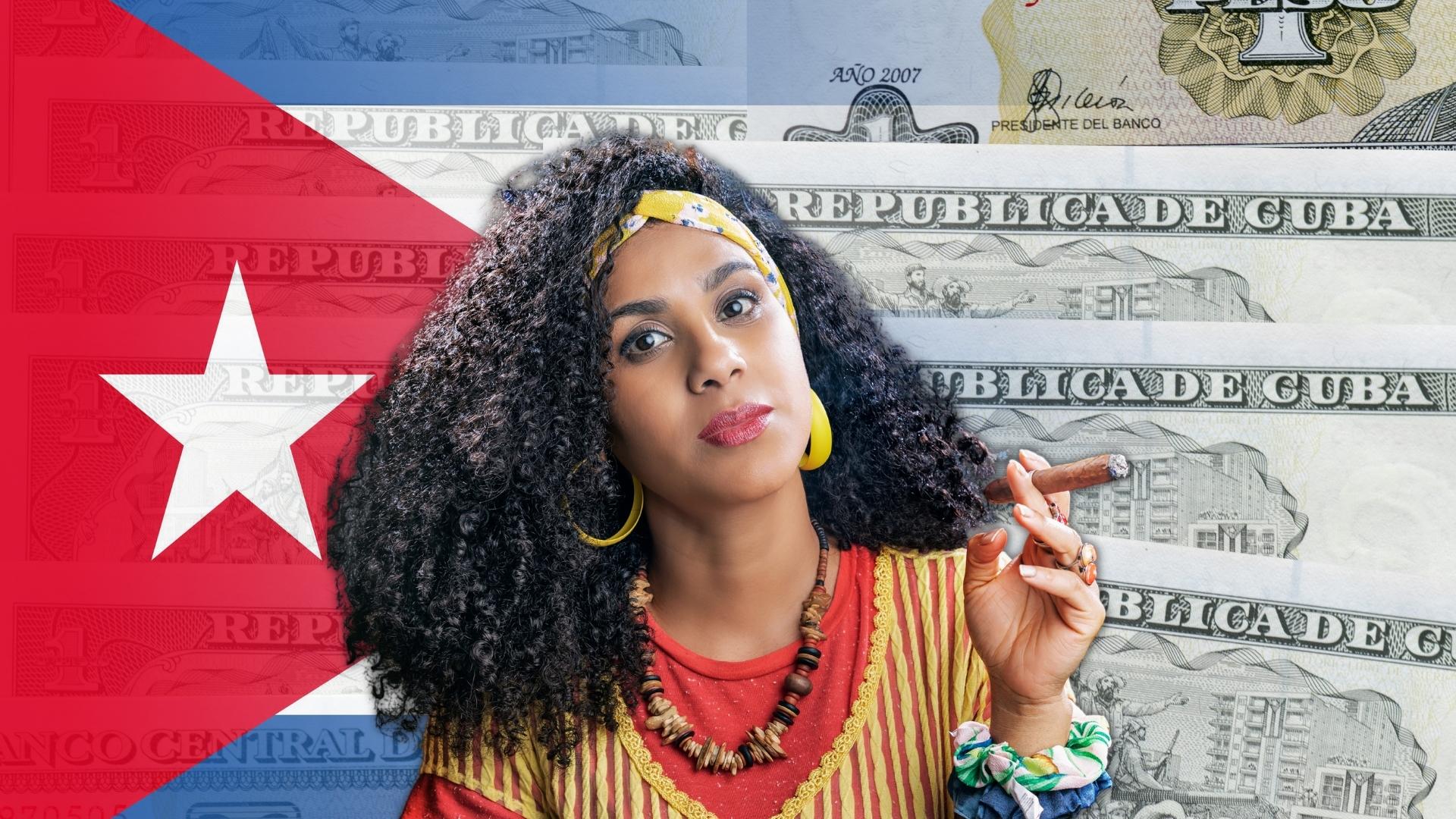 The United Nations General Assembly delivered on Thursday a strong rebuke of the United States illegal embargo on Cuba, which Havana has demanded be lifted amid an economic crisis on the Caribbean Island. Overwhelmingly, 185 countries voted in favour of the resolution condemning the American embargo, with only the US and Israel voting against it, while Brazil and Ukraine abstained.

We hear about the U.S. embargo on Cuba almost every day, but what are the roots of this non-ending one-sided economic aggression on Cuba?

For full transparency, I’m not in any way or shape a communist. However, I do understand why Cuba and other nations resort to extreme measures to protect themselves from American meddling and aggressive policies.

So, what’s the full story and timeline of the conflict between Cuba and the United States?

After a few years of guerrilla warfare against pro-American President Batista, Fidel Castro established in 1959 a revolutionary socialist state in Cuba and bolstered relations with the Soviet Union.

This step angered the US and antagonism grew against Cuba, especially after Castro’s decision to nationalize all foreign assets in the country and to impose hike taxes on American imports while bolstering trade relations with the Soviet Union.

In return, President Eisenhower imposed a near-full trade embargo on Cuba which is still in place to this date despite the massive changes in global circumstances.

In 1962, the US planned a coup against Castro and deployed a group of 1400 CIA-trained Cuban militants in the country.

However, the Cuban military smashed and defeated the mercenary force within three days. Despite the failed attempt to remove Castro, successive American administrations over the next decades waged covert operations against Castro’s Cuba to destabilize the country and unseat its leader.

After the first failed coup attempt, President Kennedy imposed a deadly embargo that prohibits all trade with Cuba, whose economy massively depended on trade with the US. Accordingly, Cuba lost approximately 130 billion dollars in the past decades.

One of the most interesting events in the history of the conflict between the US and Cuba was in October 1962, when American spy satellites discovered that in retaliation to the instalment of American nuclear missiles in Turkey, the Soviet Union is going to build nuclear missile bases on the Cuban Island.

Back then, President Kennedy demanded the Soviet Union remove its weapons from Cuba and imposed a naval quarantine on Cuba, igniting a thirteen-day standoff.

With the threat of nuclear clash on the horizon, like the case with Ukraine today, the US negotiated with the USSR through back channels and as a result Washington secretly agreed to withdraw its nuclear missiles from Turkey if the Soviet Union withdraws its missiles from Cuba.

In 1982, President Reagan designated Cuba a state sponsor of terrorism for alleged Cuban support to revolutionary groups in Africa and Latin America struggling to gain independence and nationalize their resources like in Cuba.

Fast forward to 1992, after the collapse of the Soviet Union, President Bush increased the intensity of sanctions against Cuba under the so-called Cuban Democracy Act barring vessels from exchanging goods with Cuba and prohibiting foreign subsidiaries of American businesses from trading with Cuba. The Act also limited the amount of American dollars traded with Cuba.

While strangling the Cuban people, the US offered Cuba political and economic “reforms” to lift the sanctions and normalize relations with the Island, which was interpreted by Cuba as an act of intimidation and blackmailing that aims at turning the country into a vassal state to the U.S.

As if these sanctions were not enough, President Clinton signed in 1996 the so-called Cuban Liberty and Democratic Solidarity Act and tightened the U.S. embargo on Cuba and penalized foreign companies from doing business with Cuba. This economic warfare was met with condemnations, even by the allies of the U.S. who denounced it as a violation of international law.

But the United States has dismissed international demands to lift the sanctions against Cuba and said the economic warfare can only be stopped if Fidel Castro and his brother Raul are no longer in office and Cuba is moved forward to “free and democratic elections”.

In 1999, when Hugo Chavez reached power in Venezuela and adopted an anti-American policy, Cuba found a solid ally in Latin America. An agreement has been signed between Havana and Caracas with Castro allowing Venezuela to send oil to Cuba at a heavy discount, in return for Cuban support in education, health care, science, and technology.

While Chavez announced a government reform of the state oil company, the largest foreign supplier of oil to the U.S. at the time, Caracas boosted its oil exports to Cuba in return for more technical personnel from the Island, including physicians, teachers, and other social-service workers.

In 2008, Fidel Castro announced that due to his health conditions he will hand over the Presidency to his brother, Raul. The U.S. wasn’t happy with the transition of power in Havana and President George W. Bush who already destroyed Iraq and Afghanistan under the pretext of bringing democracy to these countries has warned Cuba that the U.S. will help the people of Cuba realize the blessings of liberty.

The policy of regime change in Cuba remained intact until Barack Obama came to the White House who announced in 2014 that both countries will restore full diplomatic ties following a deal brokered, in part, by Pope Francis to exchange a jailed U.S. intelligence officer for the three remaining Cuban Five prisoners.

In parallel, the US removed Cuba from its so-called list of state sponsors of terrorism, first imposed in 1982, to blackmail hostile countries to the U.S. and block their access to international finances.

Obama’s announcement came days after he met with Raul Castro on the sidelines of the Summit of the Americas in the first face-to-face discussion between U.S. and Cuban heads of state in more than half a century.

In July 2015, while American and Cuban embassies, which had been closed since 1961, reopen. However, the U.S. trade embargo remains in place because it couldn’t get congressional approval.

One year after the partial restoration of ties, President Obama becomes the first sitting U.S. president in nearly ninety years to visit the island nation.

November 25, 2016, marked a historic day for Cuba as their revolutionary leader Fidel Castro died at the age of ninety and hundreds of thousands of Cubans gathered at Havana’s Revolution Square to mourn their loss.

Even the country’s biggest opposition group, Ladies in White, called off its weekly protest for the first time in thirteen years.

Just like the Iran Nuclear deal, the U.S. did not abide by its obligations and President Trump announced in 2017 that it will re-impose trade restrictions on Cuba but will not break diplomatic relations. Whatever that means.

In an abhorrent intervention in the domestic affairs of Cuba, Trump said that American illegal sanctions will not be lifted until Cuba respects freedoms of assembly and expression, legalizes opposition parties, and schedules free and fair elections.

While the U.S. claims the sanctions are aimed at helping the Cubans, the unilateral coercive measures did nothing but worsened the economic and political situation there.

In late 2017, the U.S. withdrew most of its diplomatic staff from the U.S. Embassy in Havana claiming that Cuba couldn’t protect the diplomats as they allegedly develop mysterious health problems, including hearing loss and dizziness.

The Cuban side categorically denied the allegations and said the situation is a “pretext” for the Trump administration’s backtracking on U.S.-Cuba normalization.

In 2018, Cuba’s National Assembly unanimously elected Miguel Diaz-Canel, as president of Cuba, a transition that marks the first time in more than forty years that a Castro is not the island’s president.

Three years after the election of Diaz-Canel, as Trump prepares to leave office, he wanted to reward his Cuban-American supporters who are arch enemies of the Cuban government and he returned Cuba to the ridiculous list of state sponsors of terrorism, reversing another Obama-era step toward normalization.

While the Biden administration lifted some restrictions on Cuba, the unilateral coercive measures imposed illegally on Cuba do so much harm to the Cuban people and their aspiration to become prosperous and independent at the same time.

Every year, while the UN General Assembly votes unanimously condemning the American embargo on Cuba, two countries consistently vote against the unbinding resolution; the U.S. and Israel. Why am I not surprised?

And ironically, this year, Zelensky who sold his country completely to the U.S. and the UK has abstained from voting while crying day and night over the Russia offensive and demanding the entire to send more aid to his country.

I think, when a leader preaches from a superior moral ground or at least claims to do so, he should at least be supporting a just cause of lifting the sanctions and the embargo on a country like Cuba that only recently exported its medical staff to the world to combat the pandemic.