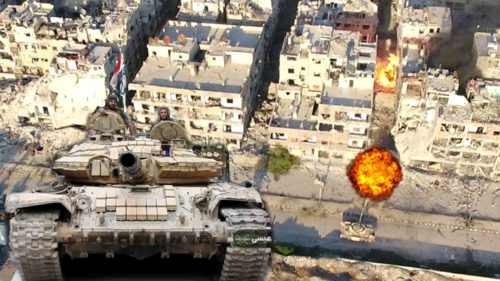 The Syrian Army launched a military operation to liberate Yarmouk Camp and Hajar al-Aswad from ISIS in the southern suburbs of Damascus. This video footage is documented by the Syrian soldier Wassim Issa and Military Media of the Syrian Army.