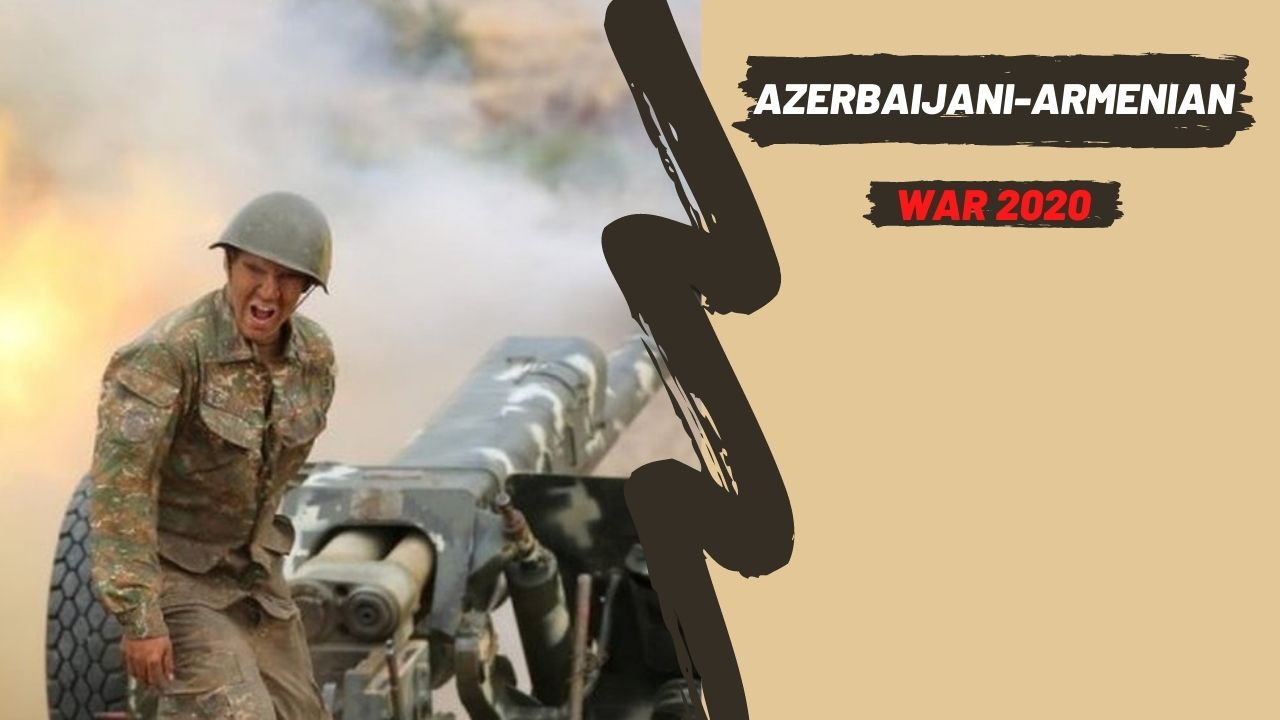 Syriana Analysis will not only address the current issues in Syria but also broader geopolitical issues such as the ongoing aggression of Azerbaijan on the Republic of Artsakh or better known as Nagorno Karabakh. I have seen many misconceptions about this conflict, so let us shed light on the most important factors of this conflict.

Armenians are indigenous to the territory known as the Armenian Highlands. This region is sometimes referred to Eurasia or Eastern Anatolia and includes the region south of the Caucasus mountains. This map depicts Armenia’s borders in the first century BC.

Nagorno Karabakh is one of the three ancient provinces of Armenia, established in 189 BC and located in the eastern end of the Armenian Plateau. The Historical roots of Nagorno Karabakh trace back to the 5th century BC.

In 1724, Ottoman troops invaded the Armenian land and attacked the Nagorno Karabakh Armenian population, who yet again rose to struggle for their independence.

In 1923 Nagorno Karabakh was annexed by Stalin to the new soviet republic of Azerbaijan even though the majority of Nagorno Karabakh’s population were Armenians who voted to reunite with Armenia and even protested Stalin’s decision.

However, Stalin back then wanted to gift this region to Azerbaijan as a form of good will towards Turkey and Azerbaijan.

The Armenians of Nagorno Karabakh have lived under the Azeri occupation for 7 decades and in 1988, right before the collapse of the Soviet Union, Armenians in the region started demanding to be reunited with Armenia or be granted independence.

As the situation intensified over the region, in 1991, the Armenians declared independence after a referendum that was held in Nagorno-Karabakh in late 1991. It was approved by 99.98% of voters and was unsuccessfully boycotted by the region’s Azeri population, which then constituted 20% of its population.

The referendum followed by a full-scale war in 1992 and continued until Armenians gained full control of Nagorno Karabakh and its surrounding territories. In 1994, with around 30,000 lives lost, both sides signed a ceasefire between both sides.

To this day, the conflict remains frozen. Since Azerbaijan still aspires to gain back control of Nagorno Karabakh and its surrounding territories, there are occasional flare-ups in violence near the contact line.

On July 12 and 13, 2020, Azerbaijan once again breached the ceasefire, this time at the border of Armenia. But the bloodiest breach was on 27 of September 2020, when the Azerbaijani army with the full backing of Erdogan’s Turkey who transferred 4000 mercenaries from the so-called Free Syrian Army launched a massive attack on Nagorno Karabakh and Armenia.

While the MSM lied about Syria for 10 years and called them “rebels” and “freedom fighters” fighting for “democracy”, Erdogan exported this army of “moderate rebels” to Libya and now to Azerbaijan against Armenia. The mask is off. They were mercenaries since March 2011.

Make no mistake, the current aggression of Azerbaijan against Armenia is also Turkey’s war against the Armenians. Azerbaijan is just a satellite state of Erdogan’s Turkey.

If the Armenians lose Nagorno Karabakh to Azerbaijan, which is highly unlikely, the next thing we will see is an attempt to invade Armenia and raise the Turkish flag in Yerevan.

As William Faulkner said: “The past is never dead. It’s not even past.”

Some of the information mentioned in the video is taken from @ara_eek and @armeniasupportfund https://www.instagram.com/p/CC7of9aAey-/