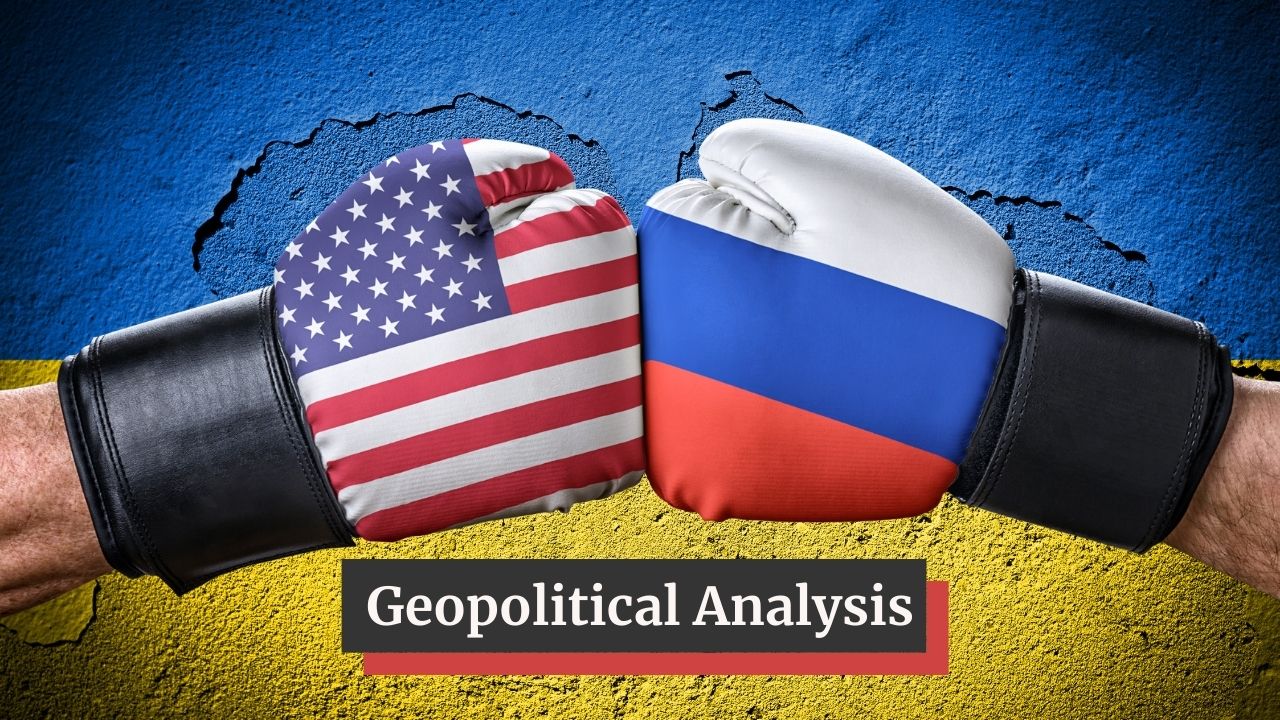 To a large degree, the tragic events that unfolded in Ukraine in 2013 and 2014 were driven by developments beyond Ukraine’s borders. Of course, domestic factors also played a crucial role, but it was Ukraine’s important geopolitical position, and the clumsy interventions of competing outside powers pursuing their own self-centred agendas, that pushed Ukraine into a bloody violent war.

In this video, Kevork Almassian analyzes the Ukrainian conflict from a geopolitical perspective.

The main protagonists were, on one hand, the U.S. and the EU which engineered a colour revolution in 2014 and installed a pro-western regime, and on the other hand, Russia which sees Ukraine as its geopolitical backyard and losing it means the contact line with NATO has moved further to the east. That is why Moscow engineered a referendum in Crimea and annexed it and supported the rebels in Eastern Ukraine, who have taken control of Donetsk and Donbas.

The war in Ukraine has been shelved for some time, especially under President Trump, as the latter was dealing with other geopolitical challenges, such as China, North Korea and the “peace deals” between some of the Arab countries with Israel.

However, with Biden in power, he shifted the priorities of the US. The most important political and military event in 2021 was the withdrawal of US forces from Afghanistan which raised questions about Washington’s next step on the foreign policy level, which, in my opinion, are:

Brzezinski warns against allowing Russia to regain control over the country because, by doing so, “Russia automatically again regains the wherewithal to become a powerful imperial state, spanning Europe and Asia”.

Similar to the Chinese case, it is quite obvious that the core of the issue in Ukraine is also a struggle of power between two blocks and each has its own interests with no honest intention to compromise. The US wants to have full control of Ukraine through NATO and kill any chance for Russia to return to the international stage as a superpower, and the latter is determined under Putin in restoring its glory, and Ukraine is the battlefield.

Now, for us to have a better understanding of the Taiwan and Ukraine crisis, I want to elaborate on the Sea vs. Land power theory.

Throughout modern history, the sea powers have been opposed by land-based powers: Napoleon’s France, czarist Russia, imperial Germany and the Soviet Union. Land powers are more inward-looking and they emphasize community, collective action, security and strong central rule. After the fall of the previous great land power, the Soviet Union, US-led sea power has dominated the world.

When we understand the Sea vs. Land power theory, we will have a better understanding of the core of the conflict between NATO and Russia on one hand and the US and China on the other.

So, as Brzezinski told Spiegel in 2015, we are already in a Cold War but whether it will become hot is the real question. And while Russia has set out its demands for a sweeping new security arrangement with the West in Eastern Europe, including a request for a written guarantee that NATO will not expand farther east, the proposal was met with deaf ears in NATO, as the latter believes Russia is a declining power and a compromise of this sort will be interpreted as a sign of weakness. What is your take on this? Do you believe Russia will invade Ukraine as the western media and experts claim? Is the military conflict inevitable or diplomacy will prevail in the end?

An Unnecessary War: The Geopolitical Roots of the Ukraine Crisis: e-ir.info/2015/04/09/an-unnecessary-war-the-geopolitical-roots-of-the-ukraine-crisis/

The significance of Ukraine on the geopolitical chessboard: https://www.theguardian.com/world/2014/mar/20/significance-ukraine-geopolitical-chessboard