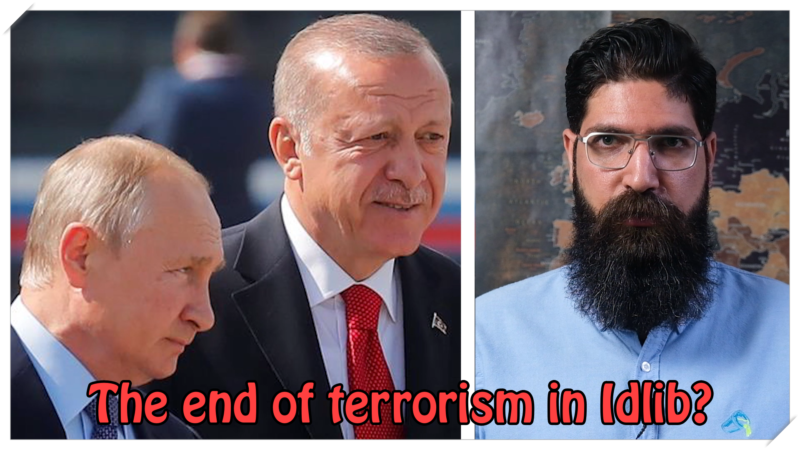 Since the beginning of the war on Syria, we have heard a lot the following argument: Russia is buying and selling in Syria and that President Putin will sell his Syrian counterpart, President Bashar Assad when the West pays him the adequate price.

The Russian bear manoeuvred here and bargained there but did not sell or abandon Syria due to several considerations such as the logic of balance of power, geopolitics and Moscow’s principled position and its opposition to regime change by force.

Moreover, President Assad did not hesitate to defend his people and remained steadfast in the face of the tsunami of terrorism and its masters, which fostered a relationship based on respect between the two countries, unlike former Ukrainian President Viktor Yanukovych, who fled and left his people in the jaw of Uncle Sam.

On the other hand, more than 100 countries and dozens of governmental and non-governmental organizations supported the so-called “revolution.” But nine years later, very few supporters remained and most of them have sold their agents and proxies in exchange for financial and political deals.

President Putin met today with his Turkish counterpart, and this meeting seems to be the most important one regarding Idlib. Erdogan knows that no military force can stop the advance of the Syrian Army in the stronghold of al-Qaeda and its affiliates. Therefore, it seems that Turkey is forced to implement the Astana Agreement after destroying the terrorist defence lines in northern Hama and south of Idlib by the iron and fire of the Syrian Army.

For those who don’t know what is Astana Agreement, in short, Turkey should create a 20 KM demilitarized zone in Idlib and disarm the radical jihadists and reopen the M4 and M5 highways that links Syria’s main cities to each other.

On the other hand, Turkey will get a great economic advantage in the passage of Russian gas to Europe through Turkish territory, something that could revive the Turkish economy after years of recession.

But I think that this agreement only covers the province of Idlib, which means that the issue of so-called “safe area” that Turkey intends to establish in northern Syria in cooperation with the United States requires Syria and its allies to mobilize all diplomatic and military tools to change the status quo that the neo-Ottoman Erdogan is building there.