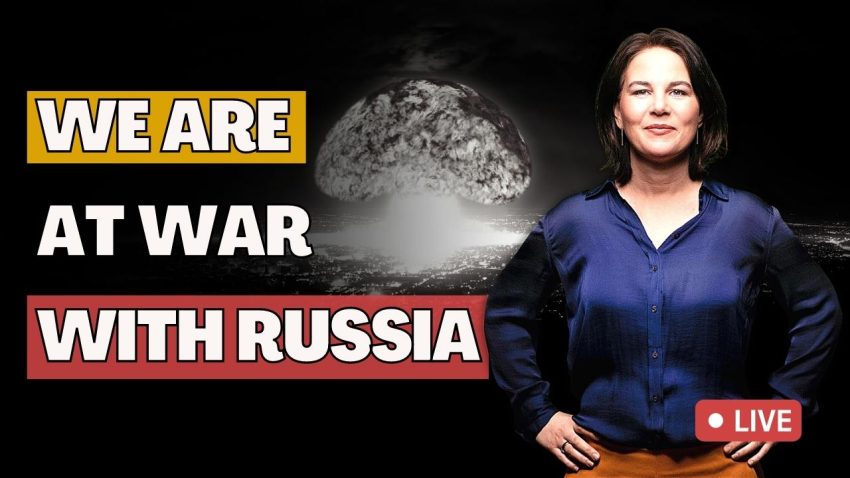 After months of debate in the press and pressure from Washington, Berlin accepted to send Leopard combat tanks to Ukraine. While some analysts say the decision will escalate the proxy war between NATO and Russia, others believe only such type of heavy weaponry can deter Russia and hence stop the war or force President Putin to the negotiating table.

WATCH our interview with Elijah Magnier, a veteran war correspondent and senior political risk analyst who analyzed the military situation in Ukraine and told us which scenario is more likely to happen: dangerous escalation or negotiations?

In the meantime, German foreign minister Annalena Baerbock (Green party) whose electoral motto was: no weapon exports to war zones, said “we are fighting a war against Russia,”.

Is this a declaration of war from Germany against Russia or will she swallow her own words and say English is not her mother tongue?

In this regard, distinguished research professor Michael Hudson from the Univerisity of Missouri-Kansas City said in 2015 referring to Brzezinski that the U.S. nightmare was that Russia would get together with Germany and Western Europe, creating Russian raw materials and German industry.

This would be a disaster, according to Brzezinski because if Europe and Russia are prosperous, then the U.S. cannot control them anymore and they will no reason to be NATO.

We think this context is important to understand the current state of affairs in Ukraine and the U.S. strategy toward Europe and Russia.