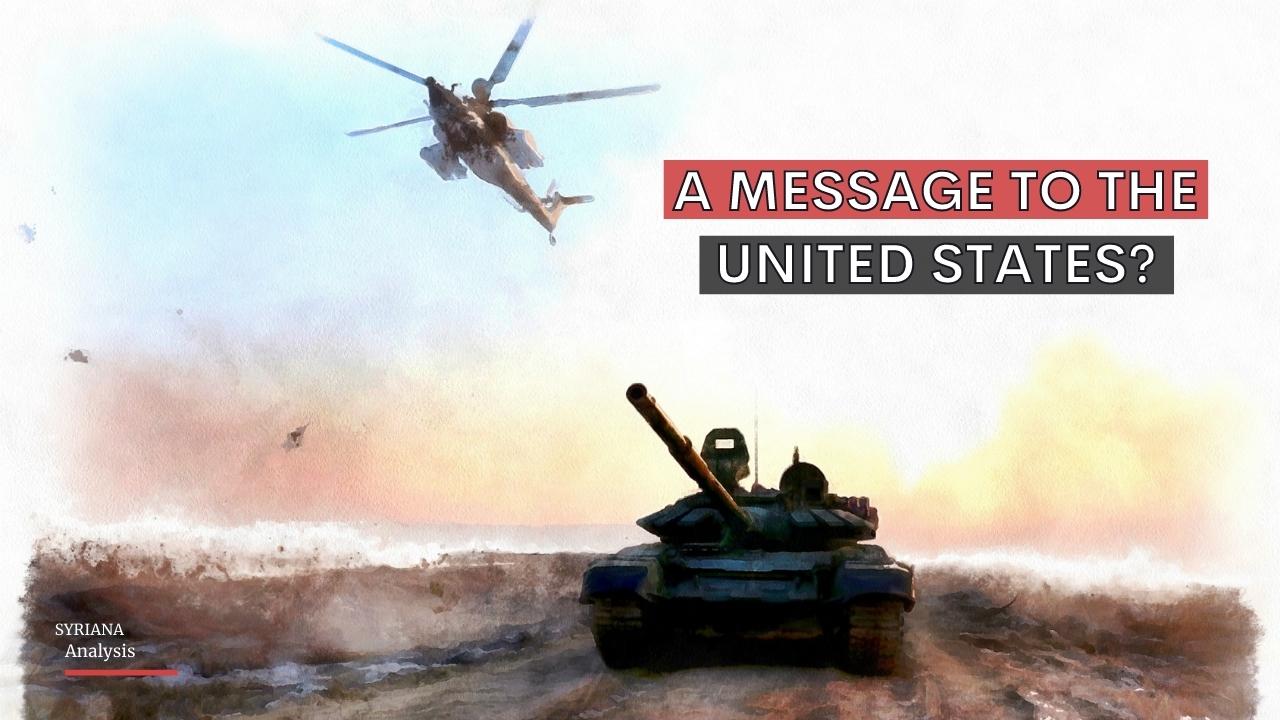 The Syrian Ministry of Defense posted a video reportage saying that the Syrian Army in cooperation with the Russian forces operating in Syria carried out a tactical, operational project with live ammunition, in which various types of land, air, and naval forces, as well as types of forces and specialized forces, participated in conditions that imitate the nature of a real battle.

The project also included the participation of various types of warplanes, which had a fierce effect on hostile missile launch bases and enemy reserves, in addition to the fire support helicopters supporting the attacking forces, destroying hostile landings, securing friendly air landings and supporting their progress.