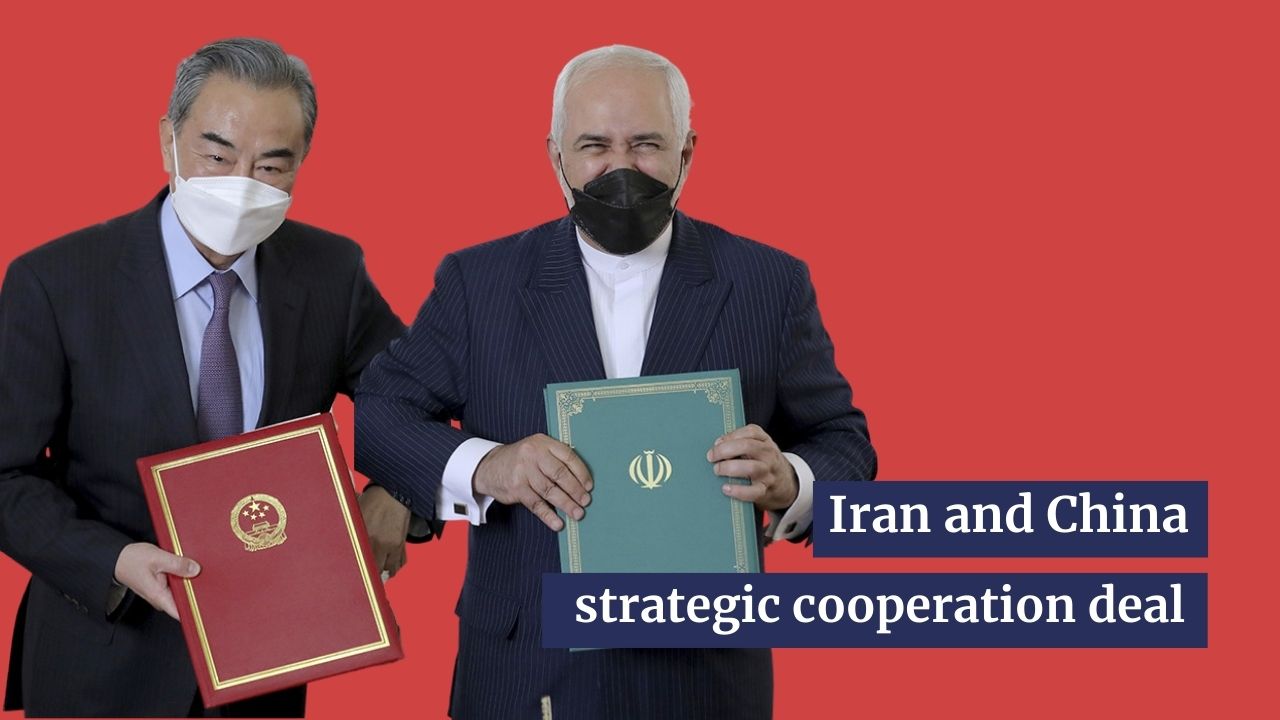 Last Saturday, China agreed to invest $400 billion in Iran over 25 years in exchange for a steady supply of oil to fuel its growing economy under a sweeping economic and security agreement.

That agreement detailed $400 billion of Chinese investments to be made in dozens of fields, including banking, telecommunications, ports, railways, health care and information technology, over the next 25 years. In exchange, China would receive a regular and discounted supply of Iranian oil. The agreement also called for deepening military cooperation, including joint training and exercises, joint research and weapons development and intelligence sharing.

The Sino-Iranian Comprehensive Strategic Partnership was first announced in January 2016 during a visit to Tehran by Chinese President Xi Jinping. The agreement is touted as securing Iran’s participation in China’s Belt and Road initiative, which is aimed at diversifying trade routes between China and its key partners through ambitious infrastructure projects in various countries.

The deal will definitely deepen China’s influence in the Middle East and undercut American efforts to keep Iran isolated. But it was not immediately clear how much of the agreement can be implemented while the U.S. dispute with Iran over its nuclear program remains unresolved.

There are a few things that we need to address here:

One – There were ongoing negotiations between Iran and China in past few years to sign a strategic agreement, but the important event that pushed Iran to overcome the scepticism and some domestic opposition to signing such a deal was Trump’s unilateral withdrawal from the Iranian nuclear deal or better known as The Joint Comprehensive Plan of Action (JCPOA).

The breaking point for Iran was not only the American withdrawal from the deal but also the renewal of sanctions against Iran after the Zionist lobby in the US convinced Trump of taking a hardcore policy towards Tehran.

Of course, this had a repercussion because the sanctions have suffocated the Iranian economy and the Iranian leadership had to pursue alternative ways to revive the economy.

There is also another factor, which is the arrival of Joe Biden to the White House, who despite being in Obama’s administration that initially signed the nuclear agreement, Biden only offered Iran a conditioned and gradual lifts of sanctions.

Not only that, the US is now asking Iran not only to comply with the nuclear deal but also wants to include Iran’s ballistic missiles programme and its growing influence in the Middle East in the agreement, which the Iranians say are off the table.

So, Iran refused to compromise again, as it lost confidence in the US and its intentions towards Tehran, and China has backed it up, demanding that the United States act first to revive the deal it broke by lifting unilateral sanctions that have suffocated the Iranian economy.

TWO – the strategic deal between Iran and China definitely worries the Arab Gulf Monarchies, and therefore, the Chinese foreign minister Wang Yi paid a visit to Iran’s arch-rival, Saudi Arabia, as well as Turkey, and he also scheduled visits to the United Arab Emirates, Bahrain and Oman.

Mr Yi said that the region is at a crossroads and offered China’s help in resolving persistent disputes, including over Iran’s nuclear program. Therefore, China is not only engaging with Iran but also all the players in the region, and in my opinion, Biden’s critical approach towards the Crown Prince of Saudi Arabia, MBS, could encourage the Arab monarchies who heavily rely on the US in security and military cooperation to diversity their relations with China and Russia.it is worth noting that China is the largest trading partner for Arab countries in 2020, as the volume of Chinese-Arab trade exchange reached nearly $ 240 billion.

Three – When the United States turned into a major international power after World War II, the central goal of its grand strategy was to prevent the formation of a Eurasian space intertwined with interests and interacting positively at the political level, in order to preserve Washington’s hegemony over what it called the “old world.”Developments that followed the fall of the Soviet Union and its socialist camp did not stop Washington from proceeding with the policy of containing and encircling Russia, and adopting a similar policy in the years that followed, vis-à-vis China, as well as with regard to independent countries in the south, including Iran.

But the United States sank in its wars in Iraq and Afghanistan, and the financial-economic crisis of 2008-2009 came to show the fragility of its neoliberal economic model. As for China, Russia, Iran, and other countries in the south of the world, it was an opportunity to develop their military and economic capabilities, as well as their political role at the regional and even international levels.  Therefore, when Barack Obama came to power, he realized the shifts in the balance of power in favour of the competitors of the US, that is why he classified China as a major threat, but he did not back down from the plan to encircle Russia through the expansion of NATO by annexing Georgia and Ukraine to the NATO alliance and the deployment of anti-missile systems near the Russian borders.

At that stage, some of the American strategic thinkers, such as Brzezinski, the national security advisor to former President Jimmy Carter, Brent Scowcroft, the national security advisor to George Bush Senior, and Henry Kissinger, warned against antagonizing Russia and China at the same time. However, the policies pursued by the Obama administration, and then by Trump and Biden administrations have not paid attention to such warnings.

Therefore, the gradual rapprochement between Russia and China, as well as between these two countries and Iran, was mainly related to the targeting of all of them by the United States.

To sum up, American aggressive policies have had a decisive role in pushing countries with no ideological commonality among them to foster their political and military cooperation, and to develop a huge network of economic interests between them, which paves the way for the creation of a Eurasian space in which China plays an instrumental role.

Brzezinski’s nightmare is in the process of being materialized, and what is important to note here is that this was partly due to the successive US administrations, whether republican or democratic and to the illusions of power and control that governed their foreign policies.

In your opinion, how important is the Iranian agreement with China and will it increasingly put an end to the American hegemony in the Middle East?

I’m Kevork Almassian of Syriana Analysis, if you liked this video please hit the subscribe button and become my Patron as it really helps me stay independent and bring to you my honest political analysis and independent work without any affiliation.
Links of how to support Syriana Analysis and the sources are in the description below.

China, With $400 Billion Iran Deal, Could Deepen Influence in Mideast