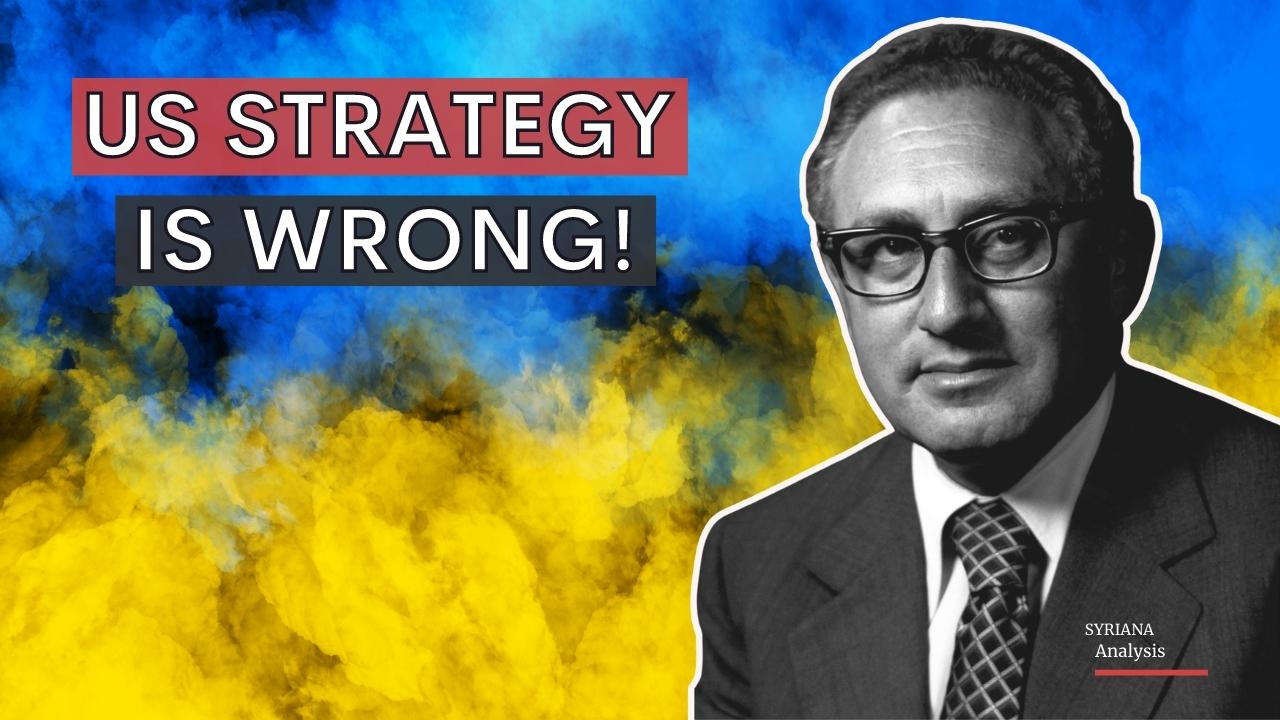 Henry Kissinger made statements at the World Economic Forum, which angered a lot of people in the political elites, and also in Ukraine. Kissinger said, “Ukraine must concede territory to Russia to end the war”. And here he meant the line before February 2022. Kissinger also warned the West that a decisive defeat for Russia might result in wider destabilisation.

Regardless of the hysterical reactions. One could ask: was Kissinger correct? There is no easy-cut answer but I will try to answer this question based on an analysis I have read written by Mike Whitney.

Kissinger tried to warn in his statement that the current policy approach of the United States and the EU is hurting American and European interests. The basic strategy of Washington is to “weaken” and “isolate” Russia by severing Russia’s economic ties with Europe and pushing them into a long and costly quagmire in Ukraine. Kissinger believes the strategy is wrong. But why?

Because American national security strategy identifies China as America’s number one rival. Therefore, any policy that makes China stronger runs counter to the US strategic interests. So the question is, Does the United States policy in the Ukraine Proxy war make China stronger? The simple answer is yes! because it forces Russia to strengthen its relations with China.

In other words, as relations improve between the worlds manufacturing powerhouse (China) and the words second-biggest producer of hydrocarbons (Russia) due to the counterproductive strategy of the US, the pace of American Imperial decline is going to accelerate as the non-dollar zone expands and by bilateral trade gradually replaces The current US-dominated global trade systems.

Therefore Kissinger said, negotiations need to begin in the next two months before it creates upheavals and tensions that will not be easily overcome. Kissinger has made it clear that the US policy must be changed immediately or the damage to the US and its allies will be severe and permanent, especially in terms of good supplies, food, and energy supplies and the cracks in the US-led globalisation project.

On the other hand, Putin made it clear that Russia will not put itself in a position where it is economically dependent on Europe again and he will be direct critically energy flows to China, India and beyond because Europe from the Russian perspective emerged as a threat to Russia’s survival. Consequently, Europe is going to pay more for its energy than any other region in the world because no other country can replace Russia in hydrocarbons neither in terms of quantity nor in terms of the affordable price for many reasons, one of which is geography. Therefore, it is expected that Europe would face the biggest energy crisis in its history and Germany’s economic growth which is closely aligned with energy consumption may dip dramatically, businesses may be shut and therefore unemployment will spike and the EU’s most powerful and productive country will be gravely damaged.

To sum up, Kissinger is right and the neocons who engineered the US policy in Ukraine are wrong.

I hate to say this but I agree with Kissinger. If negotiations don’t start soon, the break with Russia may be final and irreversible and Russia’s massive energy resources, mineral wealth, and agricultural products will be rooted eastward to friendlier nations. And that is going to inflict terrible suffering on both the United States and its allies in Europe.