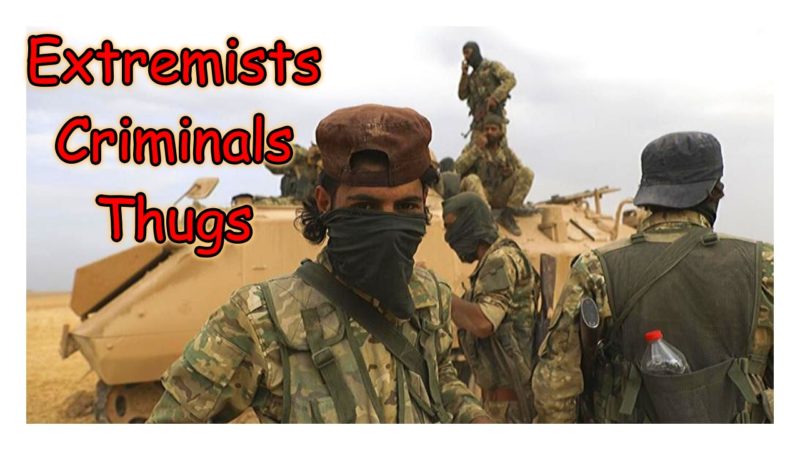 The CIA that has created the so-called “Free Syrian Army” (FSA) is now committing acts of massacres and ethnic cleansing against the Syrian Kurds, Assyrians, Armenians, and other Christian communities in North and North-East Syria. These terrorists who were once called “moderate rebels” by the Western mainstream media is now called “extremists, criminals and thugs”.

But what has changed between 2011-2018 and 2019?
When these same terrorists were raping, beheading, slaughtering, burning alive, cooking severed heads and posting them on the internet, no one in the “civilized world” blinked an eye.
What has changed is two things:
1- the main targetted group in NE Syria by the Turkish-backed terrorists is the so-called “Syrian Democratic Forces” which is a rebranded Kurdish YPG. And this group is a strong military asset for the West after Trump’s decision to stop the covert CIA programme to arm and train the FSA.
2- Despite the continuous calls by the Syrian government to reconcile with the SDF and form a united military force against the Turkish invasion, the SDF prefers to withdraw 30 KM away from the Turkish border, in exchange to preserving the control of Syria’s main oil and gas fields in the Eastern shores of the Euphrates, which consist of +50% of Syria’s energy source. Therefore, this diplomatic and military proposal to create the so-called “safe zone” in northern Syria, is aimed at preventing the Syrian government to restore its authority over the borders and keep the oil fields in the hands of the SDF. The west doesn’t need the oil of Syria because the quantity is not huge. But they want to keep the oil away from the Syrian government to prevent it from investing the revenues of the oil in reconstruction. And by doing so, they think it will be easier for them to impose political concessions on Syria, especially reconstruction deals by western factories.