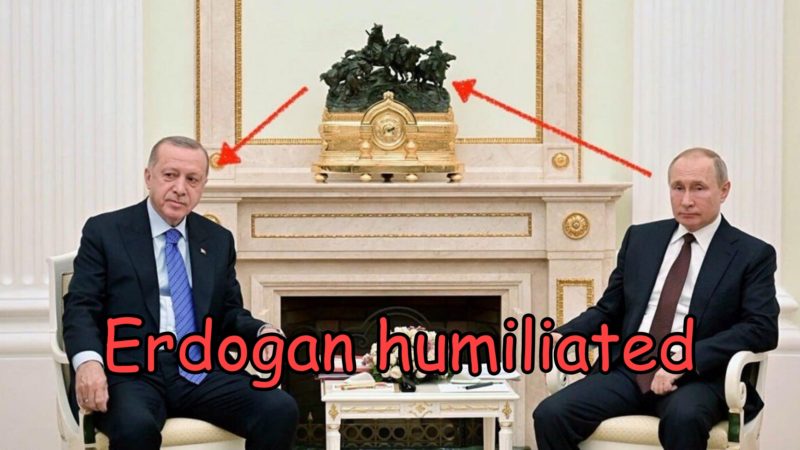 After months of fighting in Idlib between the Syrian Army and the Russian air force against the Turkish backed Al-Qaeda terrorists, and after vows from Erdogan that he will force the Syrian Army to withdraw from Idlib, the Turkish President went to Moscow because Putin refused to fly to Anakara, and a deal has been struck between both sides which came into force on Friday.

The main points of the agreement are:

The Appendix reaffirmed the territorial integrity and sovereignty of Syria and combating terrorist organizations as well as supporting the humanitarian file and create conditions for the return of the displaced.

I think the agreement is good and allows Syria to preserve the military and political gains that Damascus has obtained since the beginning of the Idlib offensive, in contrast to the high rhetoric of Erdogan who promised his terrorist forces and slaves that he would force the Syrian army behind Khan Shaykhoun.

So, the Syrian Army liberated around 50% of Idlib and secured the entire Aleppo and M5 highway. On the other hand, Turkey failed to change the new realities on the ground, despite the barbaric attacks by Al-Qaeda on Saraqeb and other cities and towns.

The humiliation of Erdogan in Syria was very big: first, he was forced to go to Moscow where Putin received Erdogan under the statue which symbolizes the Russian army/don Cossacks crossing Balkan mountains in 1877 during the war when Russia defeated Turkey and gave independence to various states such as Serbia from Ottoman hands. Not only that, there was a big statue of Catherine the Great which is related to the Russo-Turkish war 1768 – 1774, when the Russian Empire gained Crimea. During her reign, Russia gained official status as protector of the Orthodox Christians living in the Ottoman Empire.

Additionally, if the deal is implemented, Syria may be able to control the M4 highway without bloodshed. Moreover, the agreement mentions two very important things: respect for the territorial integrity of Syria and fighting organizations on the UN terrorist list and this is what the Syrian-Russian side may depend on in the coming weeks to continue the military offensive if the Turkish side breaches its old new obligations again.

In short, diplomacy is the art of saying Nice doggie until you can find a rock.