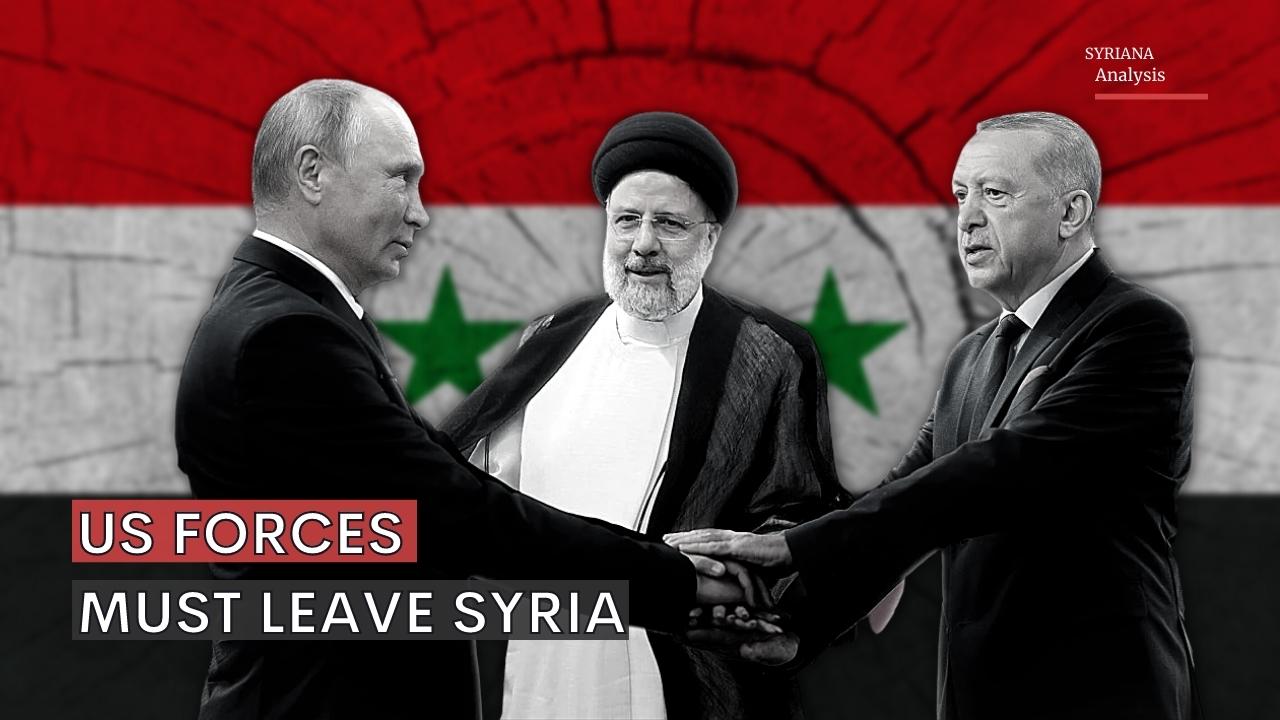 The trilateral meeting between Putin, Raisi and Eragon focusing on Syria is important in the context of the current global affairs, especially in Ukraine, which led to unprecedented turbulences in Western economies and the gradual birth of a multipolar system that is increasingly leading to a polarisation similar to the Cold War.

During this period, when all the major powers are focused on the Ukraine War, Russia, and Iran want to revive the political discourse in Syria, but any solution without Turkey which is a major player in the region would not be fruitful. Especially since Turkey is the de facto occupier of Idlib and parts of northern Syria. Accordingly, Addressing the Turkish concerns in exchange for compromises could bring hope to ending the war and reconstructing the country.

Two of the major demands of Turkey are:

The first is pushing back Kurdish. Militias from the north

The second is the return of refugees.

In the first case, it has become clear that Erdogan uses the Kurdish presence as a pretext to launch military offensives to occupy the north, to Turkeyfy it, and eventually occupy it. Russia and Iran refuse the Turkish incursions and proposed the redeployment of the Syrian forces 30 kilometres deep the Syrian borders, which in return needs an agreement with the Syrian democratic forces (SDF).

In the past days, the SDF agreed to the deployment of the Syrian army in Tel Rifaat, Manbij and Ayn al-Arab or Kobani and formed a joint operation room with the Syrian army. This type of agreement with the SDF is volatile though because the Kurdish Militias are under the heavy influence of the US. Therefore, Putin said the eastern shores of the Euphrates should return to Syria and that eventually means the withdrawal of US occupation forces from the east. But how to do that?

The second issue is the return of refugees which Syria doesn’t oppose. And the proof of that is the latest presidential pardon of Assad in April 2022, on crimes related to terrorism, except for the crimes that led to the killing of a human. This means any Syrian refugee in Turkey who is wanted by the Syrian authorities can return without being subjugated to arrest. But do anti-Assad refugees trust the government? Most of them do not and therefore Turkey must stop its fearmongering media policy and pave the way for voluntarily returning of refugees.

Another topic that was discussed is combating terrorism but terrorism for Turkey is the PKK-linked groups while for Syria, Iran and Russia are the Salafi jihadi groups. Therefore Turkey must abide by the Astana accords and that is disarming the jihadists in Idlib and opening the M4. Highway, in exchange for the withdrawal of Kurdish militias 30 kilometres away from the borders.

The leaders of Russia, Iran and Turkey have also agreed to condemn the Israeli attacks on Syria but it is not clear if Iran will decrease its presence in Syria, or decrease the arms shipments to Syria that Israel, claims are going to Hezbollah. Taking this into consideration, what is the position of Israel? Personally, I think Israel will bomb Syria soon to send a message to those who met in Tehran without taking Israel’s interests into account.

Finally, the meeting called for respecting Syria’s sovereignty and the territorial integrity, rejected the forced new realities and separation tendencies and agreed to meet in Moscow at the end of this year to continue the discussion.

In the meantime, why have Russia, Iran and Turkey met at this particular time when the Ukraine War is raging and will Syria join the next meeting in Moscow, or is it early for rapproachment with Turkey?