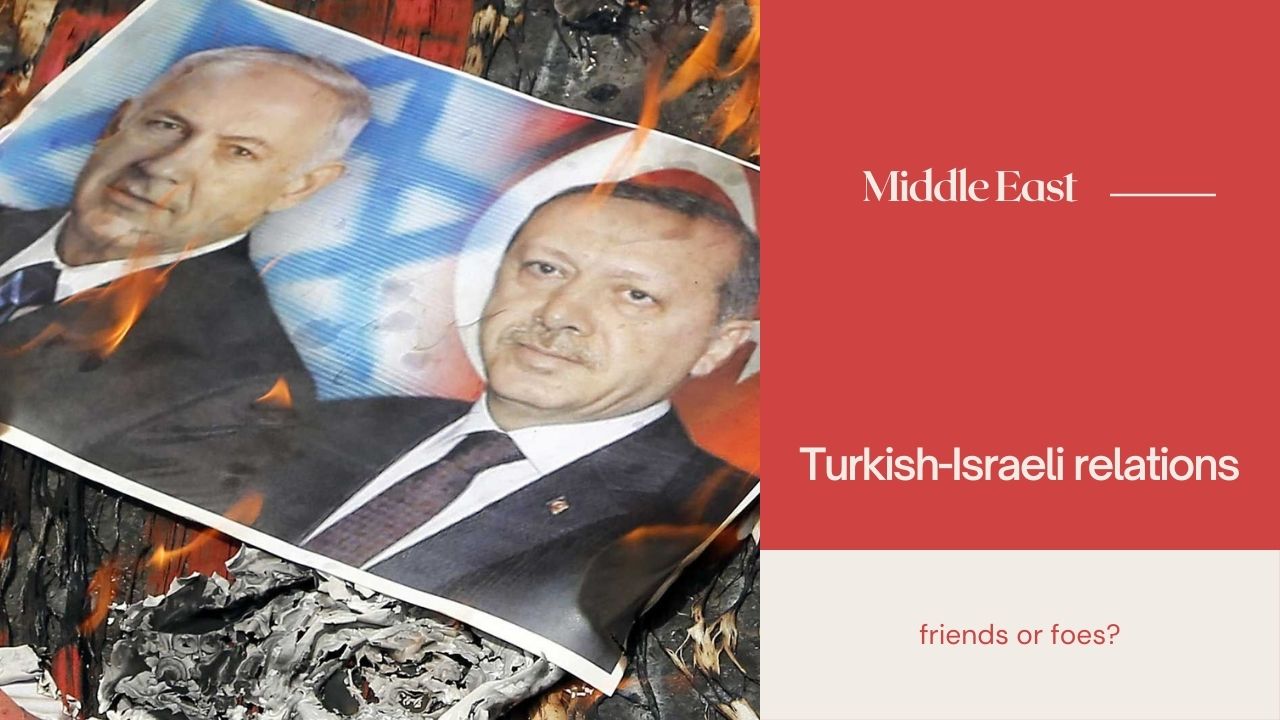 The Israeli – Turkish relations are always an interesting topic to cover, as the latter claims championing the Palestinian cause, and by doing so, Erdogan is praised among hundreds of thousands of people across the Islamic world.

However, if we truly dig in, we conclude that Erdogan’s rhetoric against Israel is mainly aimed at gaining the hearts of hundreds of thousands if not millions across the world.

For example, the Turkish exports to Israel have steadily grown in the last 5 years despite the verbal attacks from Ankara against Tel Aviv. Similarly, the number of Israeli tourists in 2018 was the highest in a decade: Some 440,000 Israeli tourists entered the country, according to Turkey’s Tourism Ministry. The numbers increased in 2019, in exception for 2020 due to the outbreak of the corona virus.

Azerbaijan is the largest exporter of oil to Israel, providing it with about 40% of the annual consumption, and Azerbaijani oil arrives to Tel Aviv via a pipeline that passes through Turkey.

So, let’s put the verbal enmity between Turkey and Israel aside and Ankara’s comical stance regarding UAE’s and other Arab countries normalization with Israel and focus on the recent statement of Erdogan who said in December last year that he like to bring the ties with Israel to a better point.

First of all, as pointed out by Jonathan Gorvett in Asia Times, with the arrival of Joe Biden in the White House, regional players are recalibrating their foreign relations, including Turkey who is re-discovering the common interests with Israel that once made them such close regional partners.

First common interest according to Gorvett is Turkey’s desire to redraw maritime boundaries in the Eastern Mediterranean, where Turkey has recently been in dispute with neighbors Greece and Cyprus.

While Ankara claims that international agreements on sea territories – and the resources within and beneath them – are unfair, the EU surprisingly supported Athens and Nicosia saying that existing maritime arrangements have the backing of international law via the latest iteration of the UN Convention on the Law of the Sea.

The second motive of Turkey is the new President in the White House, as the Turkish leader is worried that the incoming Biden administration will be tougher towards Turkey than the outgoing Trump administration,” according to Aykan Erdemir, senior director of the Turkey Program with the Washington-based Foundation for the Defense of Democracies. Therefore, Erdogan hopes that even talk of a Turkish-Israeli rapprochement may win him some goodwill in Washington.

The third motive is Erdogan’s intention to regain the support of the Jewish lobby in the US or at least keeping them neutral in issues related to Turkey.

The fourth motive which concerns us all is the common hostility between Turkey and Israel towards their neighbor, Syria. In the 1990s, this enmity pushed Israel and Turkey toward strong security cooperation and the latter bought a lot of weapons from Israel. Therefore, Israel also has an interest in advancing reconciliation with Turkey to strengthen security and military cooperation, which was recently evident in the Nagorno Karabakh conflict, where Israel and Turkey supported Azerbaijan, a long-time ally of both.

It is worth noting that, the weapons that Turkey and Israel provided to Azerbaijan – especially in drone technology – played a significant role in Azerbaijan’s victory over the Armenians of Karabakh.

Hence, we can relate these events to reports that refer to the mediation of the President of Azerbaijan Aliyev between Turkey and Israel in order to empower ties between the three countries.

Therefore, we may witness this year a different approach from both Ankara and Tel Aviv, and this could not be the best news for Syria.

I’ve been your host Kevork Almassian of Syriana Analysis, if you like the content of my videos, I invite you to subscribe to my channel and become my Patron, as it helps me a lot.