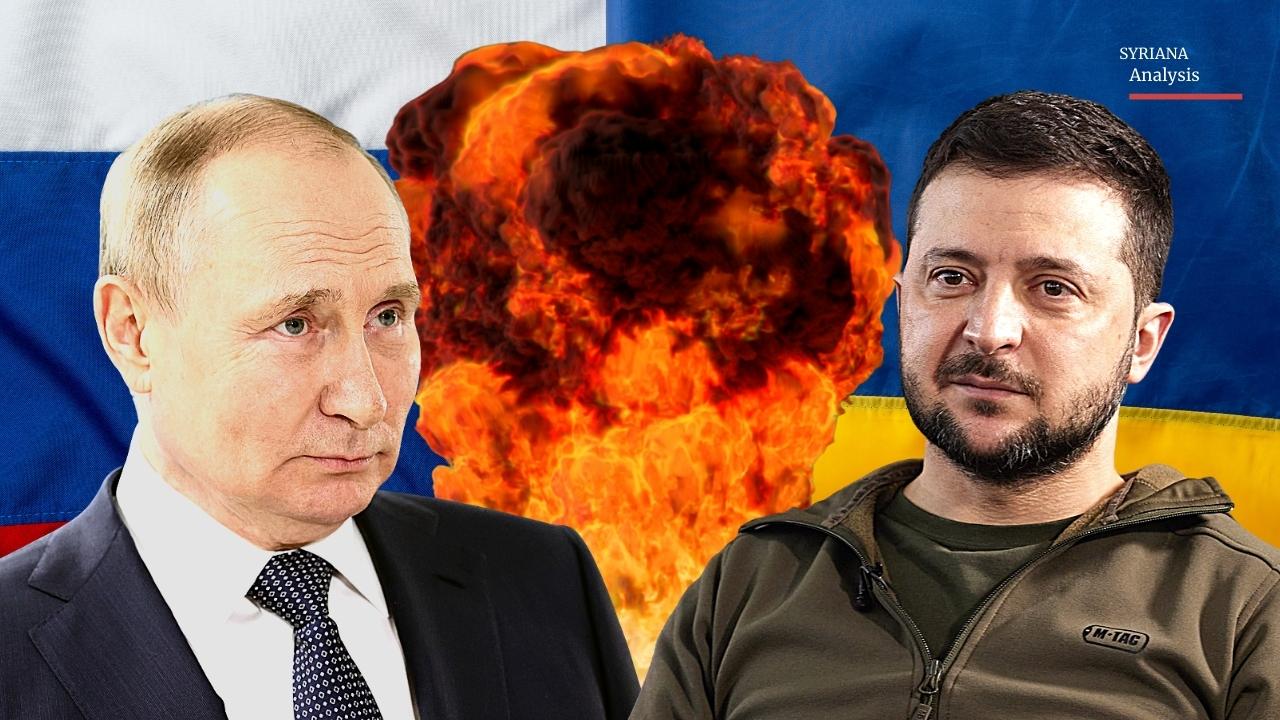 The capital of Ukraine Kiev has come under Russian bombing today two days after the truck bombing of the Crimea bridge which was celebrated by the pro-NATO camp that ironically became so fond of car bombings.

I would be fooling you if I said we are heading towards a near end of the Ukraine war. In contrast, every action and reaction from both sides leads us closer to nuclear annihilation, and there is nothing to celebrate about it, except for the armchair trolls who haven’t lived the horrors of war and think it is heroic to push for further polarization and hence escalation.

While Zelensky signed a decree formally announcing the “impossible” prospect of peace negotiations between Ukraine and Russia under the leadership of President Putin, the latter appointed General Sergey Surovikin – who was awarded a medal for his anti-terrorism service in Syria in 2017 – to lead the war effort of Russia in the southern military front.

It is reported that the new commander Surovikin received carte blanche to use “any means and resources available other than nuclear weapons to achieve Russia’s objectives.

So, the bombing of the Crimean Bridge and the aggressive Russian retaliation is a strong indication that the Ukrainian war is spiralling out of control. And any response by NATO, even indirectly through its Ukrainian proxies to the Russian response, may lead to a wider regional war.

Additionally, the Belarusian build-up on Ukraine’s border may indicate that Russian forces are about to strike Ukraine’s western supply routes in Poland. And if that happens, we will be facing a direct clash between NATO and Russia.

Look, civilian casualties on both sides are horrific and if we truly care about innocent people, we need to call for diplomacy today before tomorrow. Today before we end up in a wider Armageddon where both sides resort to their final “solutions”.

We must not ridicule the voices calling for peace and warning us of nuclear war. Elon Musk is correct, if you care about the Ukrainians, seek peace!

The lies that the media and so-called social media influencers are spreading about the inevitability of Ukraine’s victory are nothing but deadly illusions sending more young men to their inevitable death.

Ukraine cannot win this war and we must demand the immediate negotiation of a peaceful end to the war or we will end up in World War Three.