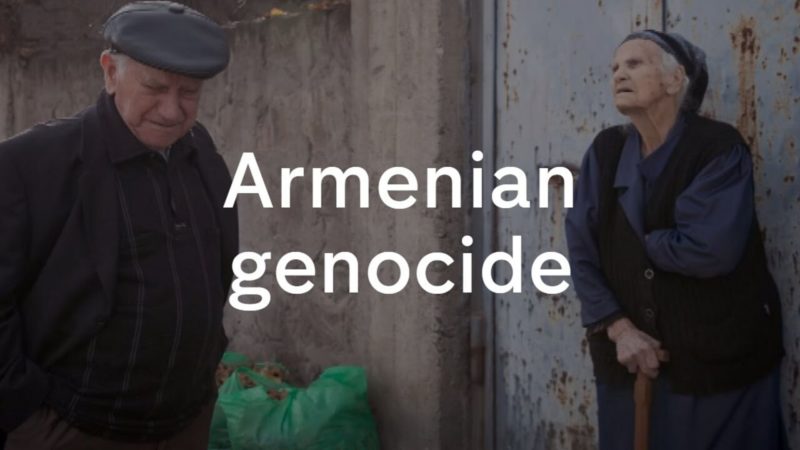 Syria’s People Assembly recognised the nineteen fifteen – nineteen seventeen mass slaughter of up to 1.5 million Armenians by the Ottoman Empire as genocide, as tensions run high with Turkey after deadly clashes in northwest Syria.

“The parliament… condemns and recognises the genocide committed against the Armenians by the Ottoman state at the start of the twentieth century,” the legislature said in a statement.

In my opinion, the parliaments’ recognition of the Armenian genocide is purely political matter. Whenever Turkey moves its tail outside the borders set for it, a western country recognizes the Armenian ethnic cleansing. This does not, of course, negate the hard work of the Armenian lobby groups, but it would not have been possible to obtain recognition without the appropriate political conditions.

Some Syrians blamed their government for the very late formal recognition of the genocide although most of the ethnic cleansing was committed on the Syrian soil by the Ottoman Turks. However, it is not customary for the Syrian Arab Republic to issue laws and legislations regarding matters of a historical nature, but it seems that the political and military confrontation between Syria and Turkey has reached an advanced stage. In my opinion, the visit of the late President Hafez al-Assad to the memorial of the martyrs of the Armenian genocide in Yerevan and his prayers there in 1977 is tantamount to recognition by the head of the Syrian state. But some wanted Syria to take formal steps that resemble Western countries: aka recognition of the People’s Assembly, and this is what happened when the political circumstances were right. However, some are still resentful of the delay in formal recognition by Syria, but we did not see similar resentment when the German Bundestag, for example, recognized the Armenian genocide, 101 years after the horrendous crime. Indeed, they applauded it and praised the great step as if the recognition at the time was merely a legislative matter without political considerations. In anyways, Syria has always been and still is a true friend of the Armenians, as Damascus was one of the first capitals to recognize Armenia’s independence from the Soviet Union in 1991. Syria was also a big support for the Armenian people when they were in dire living conditions after independence, as Hafiz al-Assad ordered to send 6,000 tons of Syrian wheat for free. This, in my opinion, is more important than Genocide recognition.

The Armenians lived and still live in Syria and they are welcomed in all joints of the state and society and they have a good reputation. But if there is reform or legislative change which is more important than the recognition of the People’s Assembly, it is to amend the Syrian constitution and remove the president’s religion from only Islam to all religions. In my opinion, this step will have a significant positive impact on the community level, compared to the recognition.

Finally, the recognition of the Armenian genocide should not be seen only in the context of condemnation, because this legislation determines the future of the relationship between Syria and Turkey for generations to come. In the sense that it has become impossible for the relationship to return to normal unless Syria withdraws its condemnation, and this is not gonna happen.