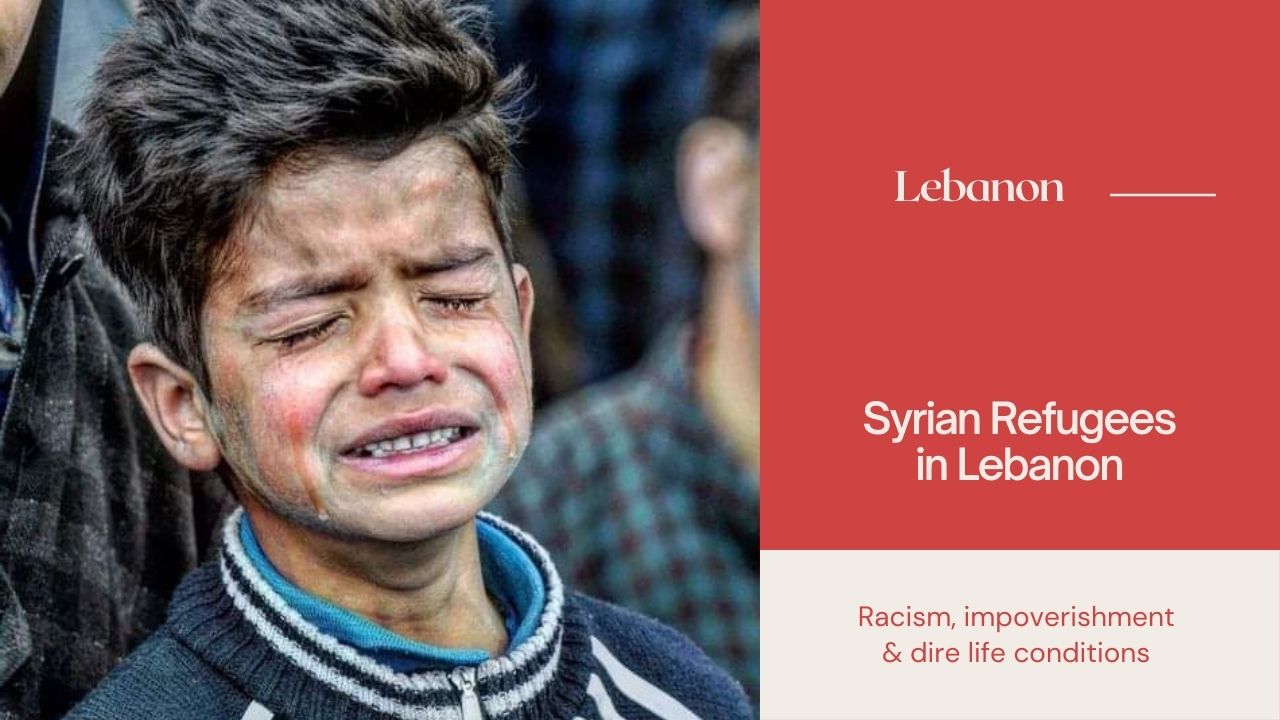 Hundreds of Syrian refugees have fled their camp in north Lebanon after their tents were set alight when fighting broke out between local youths and camp residents, near the coastal city of Tripoli

Tensions between refugees and residents have risen in Lebanon in recent years, and the main reason for that say is racism and anger of local people who blame refugees for taking their jobs during the financial crisis.

Lebanon has received more than a million Syrian refugees since the start of the war on Syria in 2011. They have become a significant source of cheap labour for Lebanon’s construction and agriculture sectors.

Damascus urged Lebanon’s judicial authorities and security forces to “shoulder their responsibility” to ensure that its nationals were protected.

However, if we follow closely the refugee crisis in Lebanon and in the neighbouring countries of Syria, we will notice that the refugees are being used as a bargaining political card with Damascus.

It is obvious that Syrian refugees are living in dire conditions on the borders with Lebanon, Turkey, and Jordan because some governments and NGOs are not letting them go back to Syria.

These governments and NGOs tell the refugees that if you go back to Syria then the “Assad’s regime” will either murder you or send you to prison. They indoctrinate and traumatize the children too.

It is quite clear to any objective observer, that these NGOs cannot protect the refugees in these countries from racism or provide them a decent life, and they keep them hostages there, while making minimum 1500 dollars salary per month, in a country where the minimum wage is 800 dollars. Therefore, the NGOs will lose funding and the humanitarian workers will lose their jobs if the refugees return to their homes. If this is not criminal, I do not know what it is.

When I used to live in Lebanon, I had “friends” who worked for these NGOs and their salaries were very good and they rented nice apartments in Beirut and bought cars. They do not care about the refugees. It is a pure business for them.

The Syrian refugees on the borders and especially those who live in tents should be allowed to go back home. It is very inhuman to keep them live in such circumstances, especially in freezing weather now!