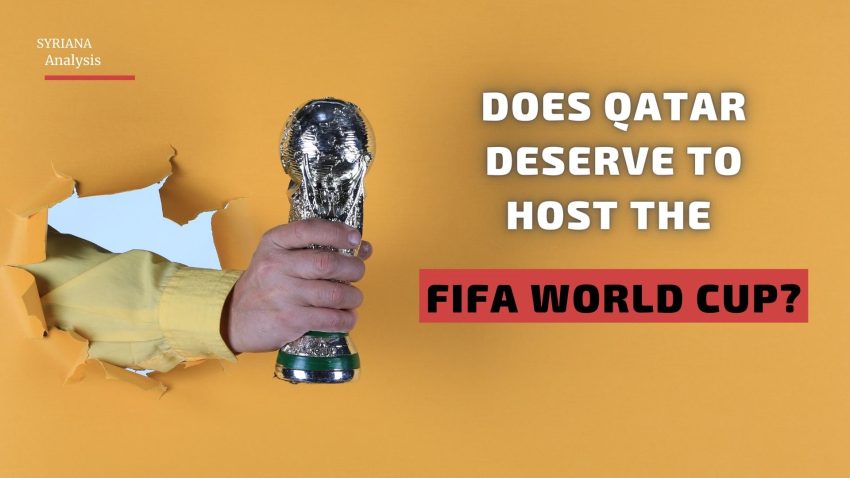 A lot has been said about Qatar’s organization of the 2022 FIFA World Cup, from the moment Doha won the candidacy to the day the tournament kicks in today.

I’m not going to address the corruption and bribery allegations that Qatar paid off FIFA officials to host the tournament because I don’t have hard evidence for that but I’d say thinking FIFA is not corrupted is naive and the proof is the recent decision to ban Russia from FIFA international matches due o the Ukraine offensive while other nations who have killed millions in the discourse of invasions are present in Qatar participating without problems.

Nevertheless, the focus of today’s video is on the tiny but extremely rich Qatar which I think will impress the world with its organization.

The criticism against Qatar is hypocritical as it focuses only on the absence of LGBTQ rights in the country and the ban on selling alcohol during matches.

First things first, each country and people believe in certain values and respect certain rights and imposing your values on others is fascistic.

However, the bigger elephant in the room that no one wants to touch is Qatar’s policy of exporting radicalism, terrorism and destruction.

In my opinion, if FIFA had to prove its transparency after banning Russia, it should have reconsidered Qatar’s hosting of the World Cup as Doha consciously agreed in 2011 to play a destructive role in the MENA region by giving tangible support to the Islamist groups and allowed them to become in positions of power. And Qatar did that through three means: money, media and religion.

In Libya and Syria for example, Qatar spent tens of billions buying weapons for al-Qaeda affiliated groups, trained them in Turkey and sent them to destroy their nations. Today, Qatar claims that it wants to show the world the real image of Islam, while it supports and harbours terror groups in the region. How does that work?

The former foreign minister of Qatar Hamad Bin Jassim gave two bombshell interviews in which he revealed Qatar’s role in the destruction of Syria, which is an Arab and Muslim country. How Islamic is destroying another Muslim country?

In one of the interviews, Bin Jassim revealed the fact that Qatar, alongside the US, Saudi Arabia and Turkey trained the jihadists in Turkey and while they were fighting over the prey, the prey escaped from them. And in a second interview, he spoke about a 2 trillion dollar budget to destroy Syria.

It is true that Qatar didn’t directly invade other countries but it has supported proxy groups that happened to be radical Islamists who controlled the political scene for a certain period of time in Tunisia, Libya, Syria, and Egypt.

The proxy wars that Qatar launched with the blessing of the U.S. have killed hundreds of thousands of innocent people in the region and radicalized millions.

And the US expressed its gratitude for Qatar by classifying it as a major non-NATO ally, which tells you everything you need to know about this country that many Arabs, including Syrians, are cheering for.