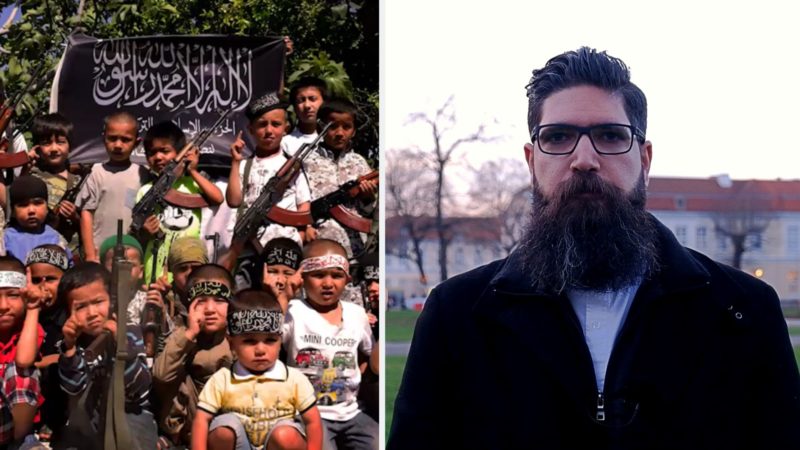 Every time I open the German news channels, I see reports talking about the prosecution of the Islamic minority in Xinjiang by the Chinese government. What is the full story behind this?

The numbers of Muslim Uigurs in China mounts to ‎11 million mostly living in Xinjiang, an autonomous region located in the far northwest of China. The capital of Xinjiang is Ürümqi, keep this name in mind because I will come back to it later.
The Uigurs are not the biggest minority in China as the MSM claims. In fact, the Uigur community is the fifth on the minorities list after Han, Zhuang, Hui, and Manchu. All these communities live in peace and harmony, except for some Uigurs who have been radicalized in the last decades by the CIA and Turkish operatives, in order to destablize China and block its road access to the world.
China, like all other great powers, has the tendency to project its power and gain greater influence around the world. However, unlike the United States that projects its power through military force, occupations and regime change wars, China wants to project its power through business.
For that, China wants to revive the silk road, which is an initiative launched by President Xi Jinping in 2013, that seeks to revive the ancient 19th century Silk Road, taking into account the interests of contemporary China and the political map of the 21st century.
The task of this road, which includes the land and sea slots, is to connect China with Asia, Europe and Africa, which will give China greater economic power and influence. However, the Silk Road land route passes through Ürümqi, the capital of the Xinjiang and this is where the troubles happening.
According to geopolitical analysts, the United States in cooperation with Ottoman Erdogan is seeking to limit China’s road access to the world by spreading Islamic extremism in Xinjiang, where the media claims the origin of the Muslim Uighurs is attributed to Turkey. China, on the other hand, says that Xinjiang belongs to China for centuries and that Islam was spread there by force.
In fact, if we dive deep in history we realize that the roots of Uigurs aren’t attributed to Turkey because the Uighurs and the current Turkish Turks are related to the Turkmen tribes that were living in the steppes of Central Asia east of the Caspian Sea. The two groups moved from there one to the west and the other to the east. Before 1100 there was no presence of the Turkish-Turkmen people in West Asia.
It is reported that Erdogan encouraged Uighur extremists to migrate to the occupied Iskenderun with the aim of resettling them there, but as usual, he betrayed the Uighurs and resettled thousands of them in Idlib. Their numbers estimated around 20,000 between armed terrorists, their wives and children who join military camps in Al-Qaeda-held Idlib.
It is interesting to note, however, the enthusiasm of the German government and its mainstream media, especially the DW Arabic, about the Uighur issue in China, even though the Silk Road passes through Germany’s Duisburg, meaning that Germany will benefit from the project. However, it seems that, despite anti-Trump rhetoric, present-day Germany remains under the United States umbrella even if Uncle Sam’s policies run counter to Berlin’s interests.