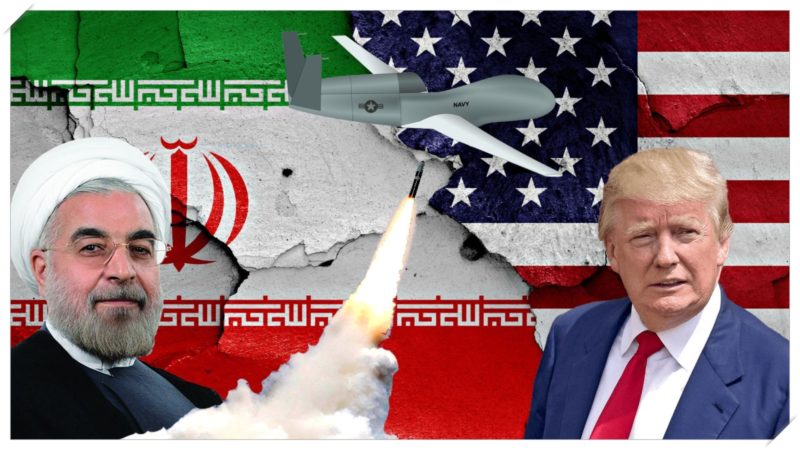 After the unilateral withdrawal of the US from the Joint Comprehensive Plan of Action, better known as Iran nuclear deal and imposing harsh economic sanctions on Iran, tensions growing between Tehran and Washington and this is not good news.

Only during the last few days, we have seen mutual accusations between Tehran and Washington on who is responsible for the mysterious attacks on tankers in the Gulf of Oman and later shooting down a US drone by Iran flying in the Iranian airspace near the Strait of Hormuz.

Later he tweeted: On Monday they shot down an unmanned drone flying in International Waters. We were cocked & loaded to retaliate last night on 3 different sights when I asked, how many will die. 150 people, sir, was the answer from a General. 10 minutes before the strike I stopped it, not proportionate to shooting down an unmanned drone. I am in no hurry, our Military is rebuilt, new, and ready to go, by far the best in the world. Sanctions are biting & more added last night. Iran can NEVER have Nuclear Weapons, not against the USA, and not against the WORLD!

Now, regardless of what Trump says about Iran because we can’t build a proper analysis over these tweets, I think that the security and military figures surrounding Trump haven’t succeeded yet in pushing the US into a military confrontation with Tehran, which some say will be limited and bring both sides into negotiating table.

Those who pushed Trump to the edge of abyss made him realize that this confrontation will not be limited as some claim, because Iran will meet every military action with an appropriate response, meaning that the confrontation could slide both sides into a wider war.

Iran’s options are painful and may extend to the oilfields, tankers, disrupting trade in the world’s busiest oil transit corridors (about 18.5 million barrels of oil per day), targeting US military bases in the Gulf, and finally targeting Israel directly or indirectly.

Some may say that Iran will also be harmed by this confrontation. This is self-evident, but I think Iran’s calculations are greater than that, and Tehran will not hesitate to defend itself if it is cornered.

Unlike the US, whose image and hegemonic status will be questioned, and it will lose dozens of soldiers, which will revive the domestic debate on the feasibility of war, especially among the Veterans’ and the families of soldiers.

Iran is not Iraq and certainly not Libya. Iran is a strong state and has a strong and coherent army. I am not only referring to the quantity but also the quality and hi-tech defence systems and ballistic missiles.

In the end, it is true that the US remains the world’s superpower, but if only military force counts, Vietnam’s farmers could not kick the American cowboy off from their land.