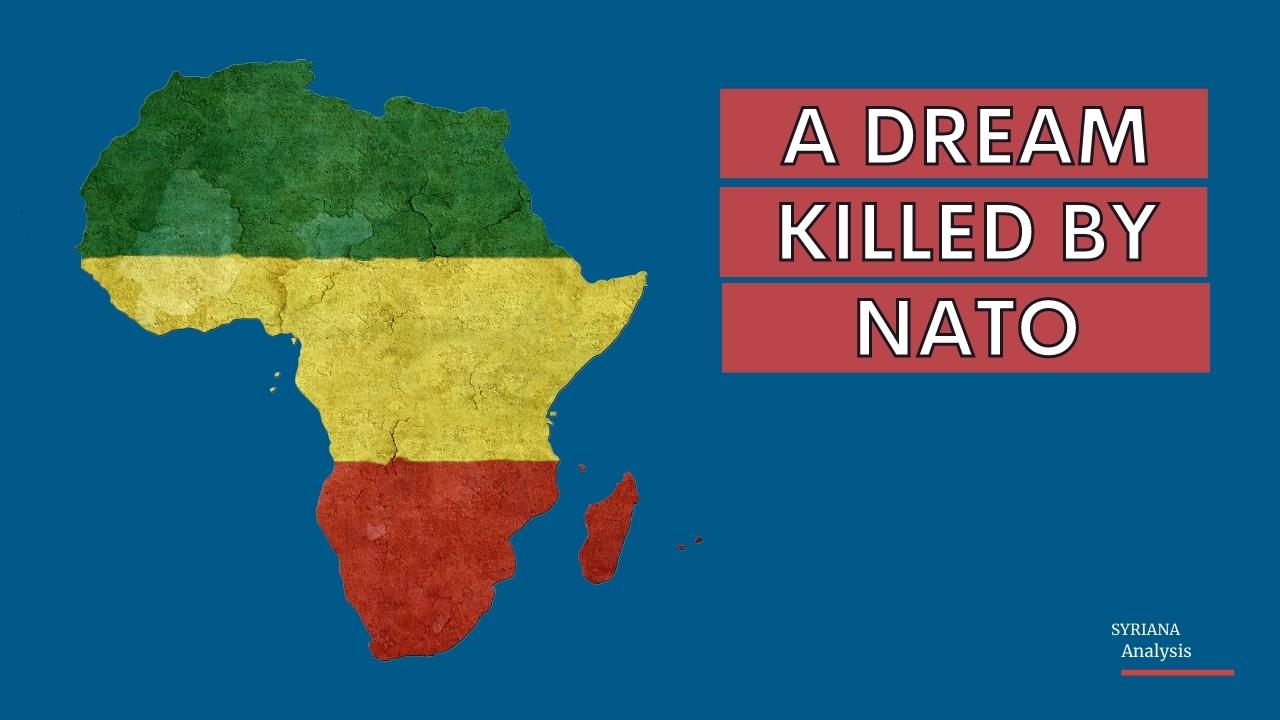 On this day, 9 September 1999, the “Great African Union” was announced in the “Wagadougou” conference hall in the Libyan city of Sirte, in the presence of dozens of African leaders.

The union would have had a unified African army, an African Central Bank, the African gold currency, the largest gold reserves in the world, the African Resources Organization to manage the oil, gas and minerals, the African Sattelite Authority, the African Communications System, the Unified African Parliament, and the join Africa/Latin America Defence Treaty (SATO).

The union was slowly but surely heading towards being in the future a new rising pole that would interact with the Sino-Russian pole and open up space for the people of the region to breathe and develop.

On the same day again on 9 September 2011, NATO was bombing from land, sea and air, with hundreds of tons of bombs and missiles, on the same hall and same city (and the same man), ending this emerging project while it was under construction and development.

The former spokesperson for the Gaddafi government Moussa Ibrahim says in this regard: I still remember African and international leaders who told me in more than way and time that what happened on 9 September 1999 is what led to 9 September 2011.