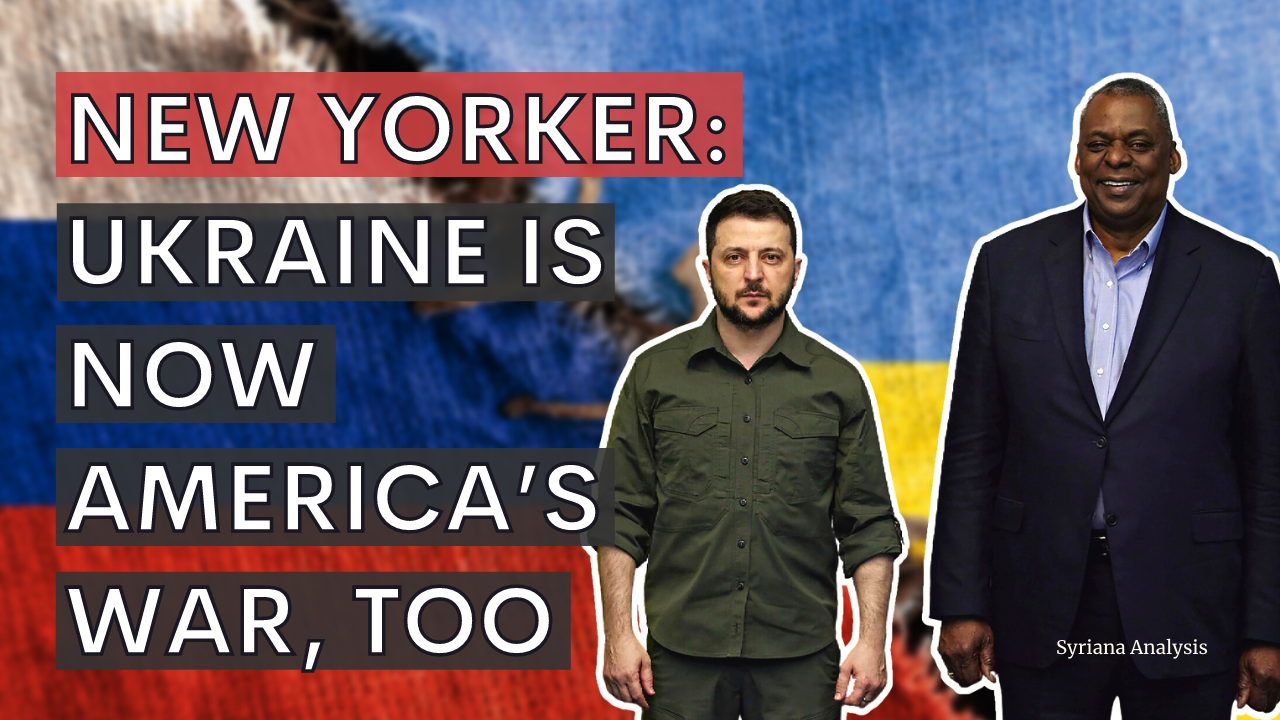 Kevork Almassian – Ukraine is now America’s war, too titled the New Yorker and U.S. officials frame Washington’s role in more ambitious terms that border on aggressive. The goal—backed by tens of billions of dollars in aid—is to “weaken” Russia and outlast Putin.

As the war rages in Ukraine, it seems the Biden administration, driven by the financial interests of the US industrial complex has decided to fight Russia, a nuclear country with veto power at the U.N. Security Council, not directly, but rather through Zelenskyy till the last standing man in Ukraine.

While approximately 600,000 people in the US are homeless, Biden has asked Congress for $33 billion in additional military, economic, and humanitarian aid for Ukraine, which is about half the size of the entire Russian defence budget.

So, Washington is no longer hesitant to poke the Russian bear proving the argument that the war in Ukraine has always been after the coup in 2014 a proxy fight between NATO and Russia.

Interestingly, mainstream media journalists supported the American military escalation, of course, like they always do, quoting a Quinnipiac poll. The Biden Administration has public support for its expanding role, claims the author of the Politico article Robin Wright. What she doesn’t tell us, however, the Quinnipiac poll says 48 per cent of Americans disapprove Biden’s handling of the Ukraine war and roughly two-thirds of Americans think the US has a “moral responsibility” to do more to stop the killing of civilians in Ukraine. To STOP THE KILLING. Not to kill more by funnelling billions of dollars worth of heavy weapons. In other words, two-thirds of Americans maybe think the US should increase its diplomatic efforts to stop the war instead of paving the conditions for more killing.

In a more reasonable approach, the Foreign Policy warned that Biden’s new strategy may turn the Ukraine war into a global one and he is forcing Putin into a corner in which he can only fight on or surrender. Yet Putin, who has long said NATO’s goal was to weaken and destroy Russia, has never been known to surrender during his reign.

What is coming next? May God helps us all.