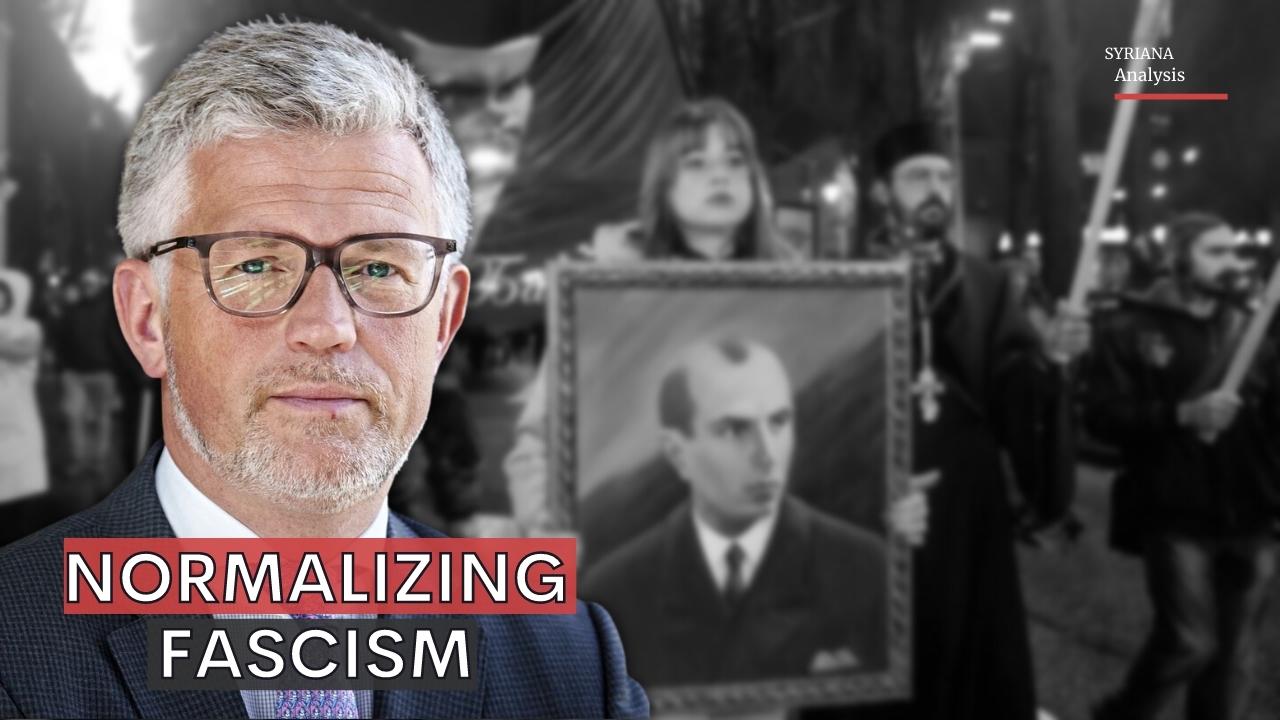 We are living in an upside-down world. While Islamist terrorists who decapitate people in Syria for sports are called moderate rebels, historically and academically agreed notorious fascists who played an essential role in exterminating the Jewish people alongside Hitler during World War Two are now called heroes.

The latest example of this is Stepan Bandera who was a Ukrainian nationalist leader, a politician and a theorist of the militant wing (OUN-B), who served as head of the Organization of Ukrainian Nationalists organization responsible for massacres and ethnic cleansings, also implicated in collaboration with Nazi Germany.

While historians condemn him as a fascist and a war criminal who was, together with his followers, largely responsible for the massacres of Polish civilians and for the Holocaust in Ukraine, some Ukrainians hail him as a role model hero and a liberator who fought against the Soviet Union and Poland.

One of these fascism apologists is the Ukrainian ambassador in Berlin, Andrij Melnyk who is in trouble once again for making controversial statements on Bandera with the German journalist Tilo Jung. Melnyk simply whitewashed Bandera’s horrendous crimes and gave the impression that he was a national hero.

The Ukrainian Foreign Ministry was quick in distancing itself from the statements of Melnyk and was prompted to issue a statement saying “The opinion expressed by Ukraine’s Ambassador to Germany, Andrij Melnyk, in an interview with a German journalist is his own and does not reflect the position of Ukraine’s Foreign Ministry.”

When a country’s foreign ministry distances itself from one of its ambassadors to the world via a press release, the ambassador’s resignation may be close at hand. From this point of view, I ask: is the air getting thin for the Ukrainian ambassador in Berlin who seems to be on a mission to whitewash notorious fascists and insulting German officials after he called Chancellor Olaf Scholz an “insulted liverwurst” for hesitating to send more heavy weapons to Ukraine?