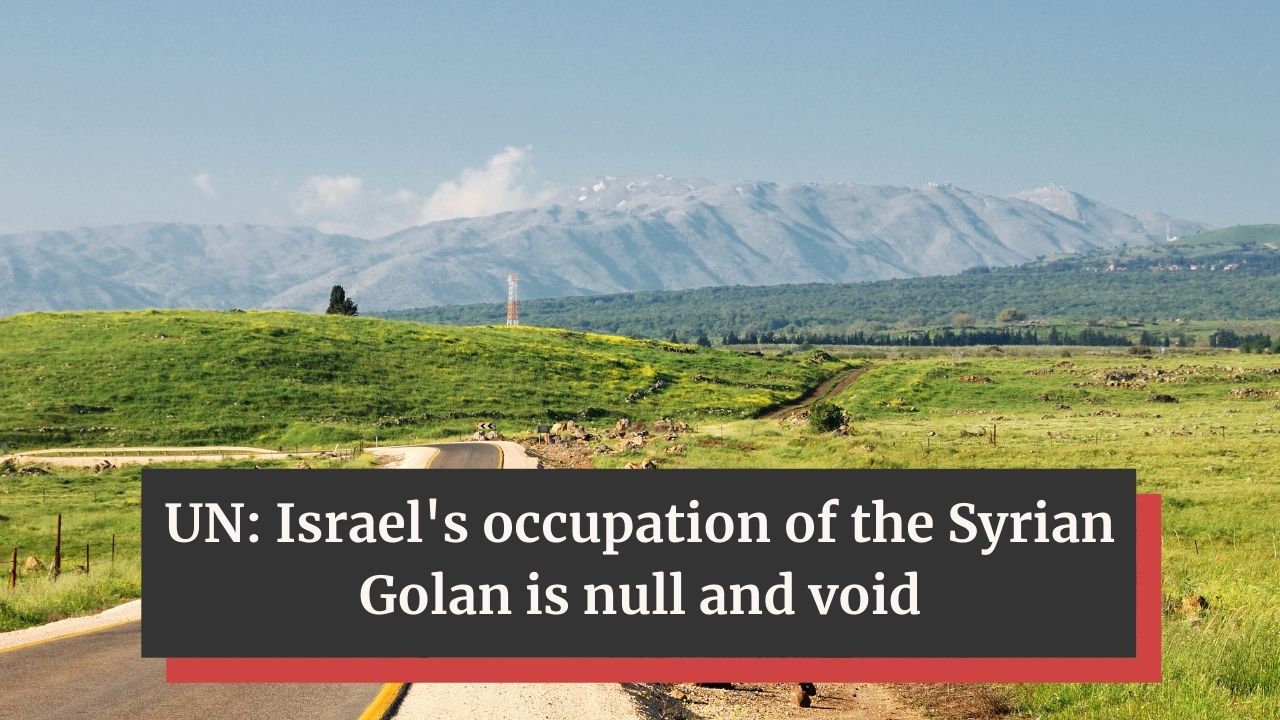 The UN General Assembly has adopted a resolution titled ‘The Syrian Golan’ (A/76/L.15) demanding that the Israeli occupation forces fully withdraw from the Syrian Golan Heights, declaring “null” and “void” Israel’s imposition of its jurisdiction on the occupied territory.

The Assembly adopted “The Syrian Golan” by a recorded vote of 94 in favour, 8 against and 69 abstentions.