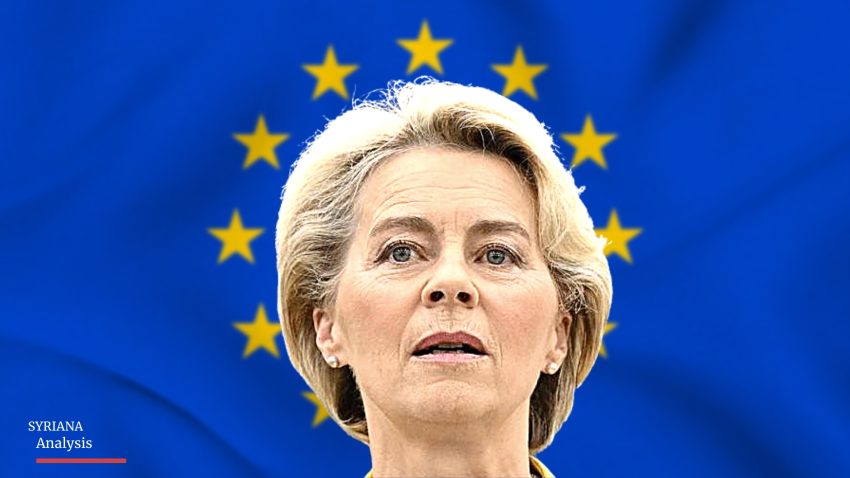 The un-elected President of the European Commission Ursula von der Leyen vowed to set up a specialized court to prosecute alleged war crimes committed by Russians in Ukraine.

Von der Leyen didn’t mention the setup that the tribunal could take but I believe if the US and the EU are serious about it, it can’t be through a UN security council resolution because Russia will veto it.

Therefore, the possible option is a hybrid tribunal where the substantive laws are based on Ukraine’s legal system, similar to the Special Tribunal for Lebanon which investigated the assassination of the former Prime Minister of Lebanon Rafic al-Hariri.

The Hariri tribunal, however, has set up a precedence of holding trials in abstenia, so it would be interesting to see if the Tribunal for Ukraine will adopt the same format.

The Hariri tribunal also taught us that although it is expected from such tribunals to be neutral, outside meddling and an incredible amount of politicization were self-evident, especially between 2005 and 2006 when the German prosecutor Detlev Mehlis was the head of the UN International Independent Investigation Commission and he issued premature reports implicating Syrian and Lebanese intelligence agencies in the assassination, and as a result, several Lebanese senior generals were arrested and sent to prison for four years without evidence, although all four generals were released later for the lack of evidence.

In recognition of his role, Mehlis has been decorated with the German Bundesverdienstkreuz Erster Klasse or the Order of Merit, First Class.

And in 2009, Mehlis was appointed by the EU Commission to head the “European Union Philippines Support Programme”.

I think you are smart enough to connect the dots here and understand how these legal matters work and the impossibility of complete impartiality in this sort of legal and justice system.

More importantly, von der Leyen said the 300-billion-dollar frozen reserves of the Russian Central Bank will be used in the reconstruction of Ukraine, which is an illegal move because these assets belong to the Russian people who may agree or disagree with their government’s actions in Ukraine.

However, this western policy is neither surprising nor unprecedented, as the US and the EU have a track record of freezing foreign assets and sometimes stealing them such as in the cases of Afghanistan and Venezuela.

Nevertheless, in the case of Russia, I believe it is easier said than done, as Switzerland is reluctant in walking this path and stealing Russian assets because there is no legal structure that would allow seized frozen Russian assets to be sent to Ukraine and Russia is not Afghanistan or Venezuela, as Moscow is capable of inflicting heavy military and economic pain to its opponents.

Another interesting revelation by von der Leyen is the 100 thousand Ukrainian officers killed since Russia’s offensive on Ukraine in February 2022.

Unsurprisingly though, von der Leyen deleted her full video from Twitter and uploaded an edited one after cutting this part from the video.

It is speculated that both the US and Ukraine were mad at von der Leyen for revealing the death toll of Ukraine because it is “classified information” according to the Ukrainian ministry of defence.

But imagine how big the death toll is among the armed forces of Ukraine:4

100 thousand soldiers are sent to their death.

100 thousand kids may grow up without fathers.

If 100 thousand dead bodies couldn’t convince the “Ukraine will win” mob that diplomacy is in favour of Ukraine, I don’t know what else can do. Because as far as I’m concerned, the US and the EU do not give a dime about the Ukrainians and Russia’s strategy is to drain the human capacity of Ukraine