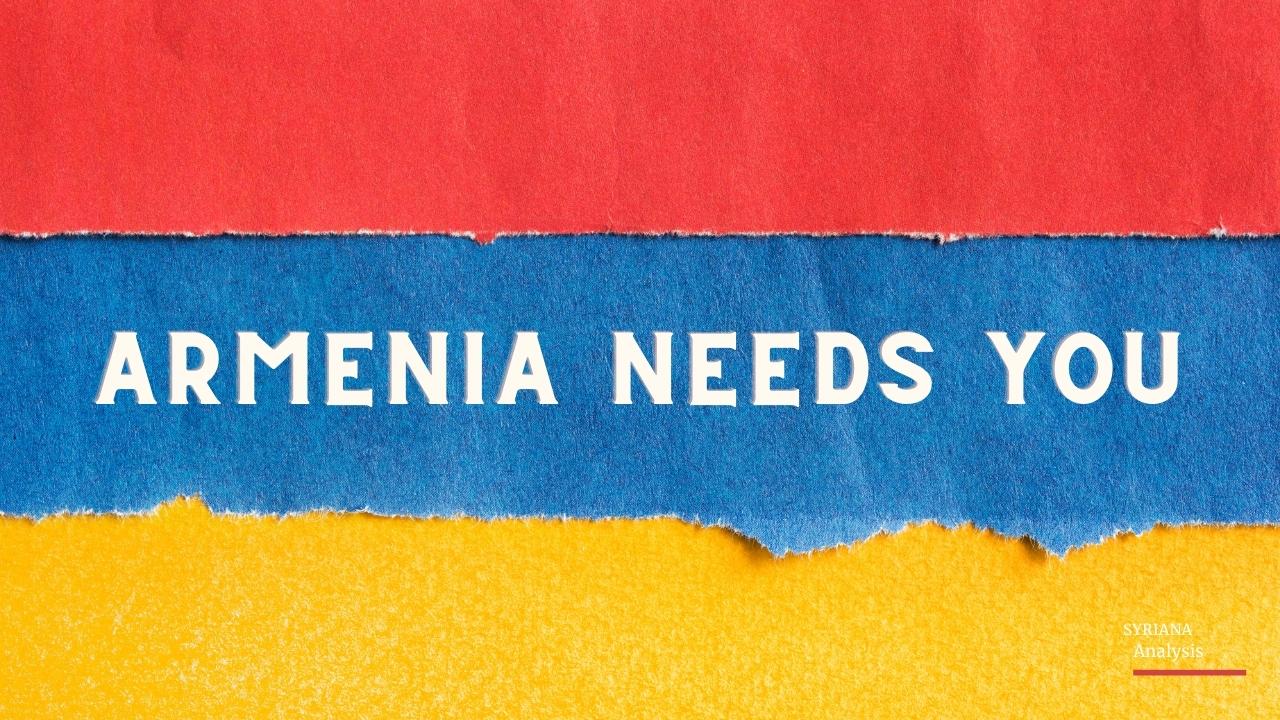 When the war erupted in Ukraine, in February 2022, some of my “friends” sent me messages lecturing me on humanitarianism, on being empathetic, on showing solidarity with the Ukrainian people. Although these people in the past 11 years haven’t uttered a word about the massacres that happened against the Syrian people.

Half a million people died in Syria and they didn’t show any solidarity or put the Syrian flag in their bios. Before that more than a million Iraqis died but nobody has shown any sympathy. Half a million children died in Iraq in the 90s because of the American sanctions and I haven’t seen any solidarity.

Now as the war rages in Armenia and Azerbaijan launches an unprovoked large-scale attack on the Armenians massacring over a hundred and five Armenians for now, today we have learned that Azerbaijani forces have decapitated an Armenian female soldier. They took out her eyes and they put stones in their places. They cut her fingers and they put them in her mouth. So after all these atrocities, I wonder where are the so-called humanitarians who were lecturing me about how to be a humanitarian, just a few months ago, Where are you now?

But now all of a sudden, you’re just silent. You just post your normal lifestyle and what are you doing every day on Instagram showing your body, showing your food? Just complete nonsense for me. This selective empathy like my friend said the other day is just like racism.

And those who don’t care about other people and expect us just to care about them, it’s not gonna happen unless you know that you’re carelessness about us, has killed millions and millions and millions in the past decades, while you were just continuing your day as if nothing is happening. That’s why a lot of people in the hundred and other 50 countries don’t show solidarity with Ukraine, not because they don’t want the Ukrainian people to live in peace, on the contrary, they care about the Ukrainian people, but they are sick and tired about all these selective empathies, and all the wars that have been waged against them in the past decades and nobody cared about them. So of course they want to have a just international system. They want to see a new international system based on multipolarity, so they could also have a voice, so they could also participate in the decision-making. So they could also enjoy their natural resources. So they could also enjoy their lives in peace with the family without bombs falling over their heads every day while you’re posting your stories on Instagram.

So it’s a very brutal world out there but you’re living a comfortable lifestyle far away from war zones.

You haven’t seen a bomb falling near your apartment. Haven’t seen friends dying. Family members are dying. So, unless there is justice and there is an international system that respects billions of people around the world who have been hammered and smashed in the past years and their natural resources were stolen from them and are forced into poverty, no justice will prevail, and no lasting peace will prevail.

So, of course, I’m for a multipolar international system to achieve these goals.