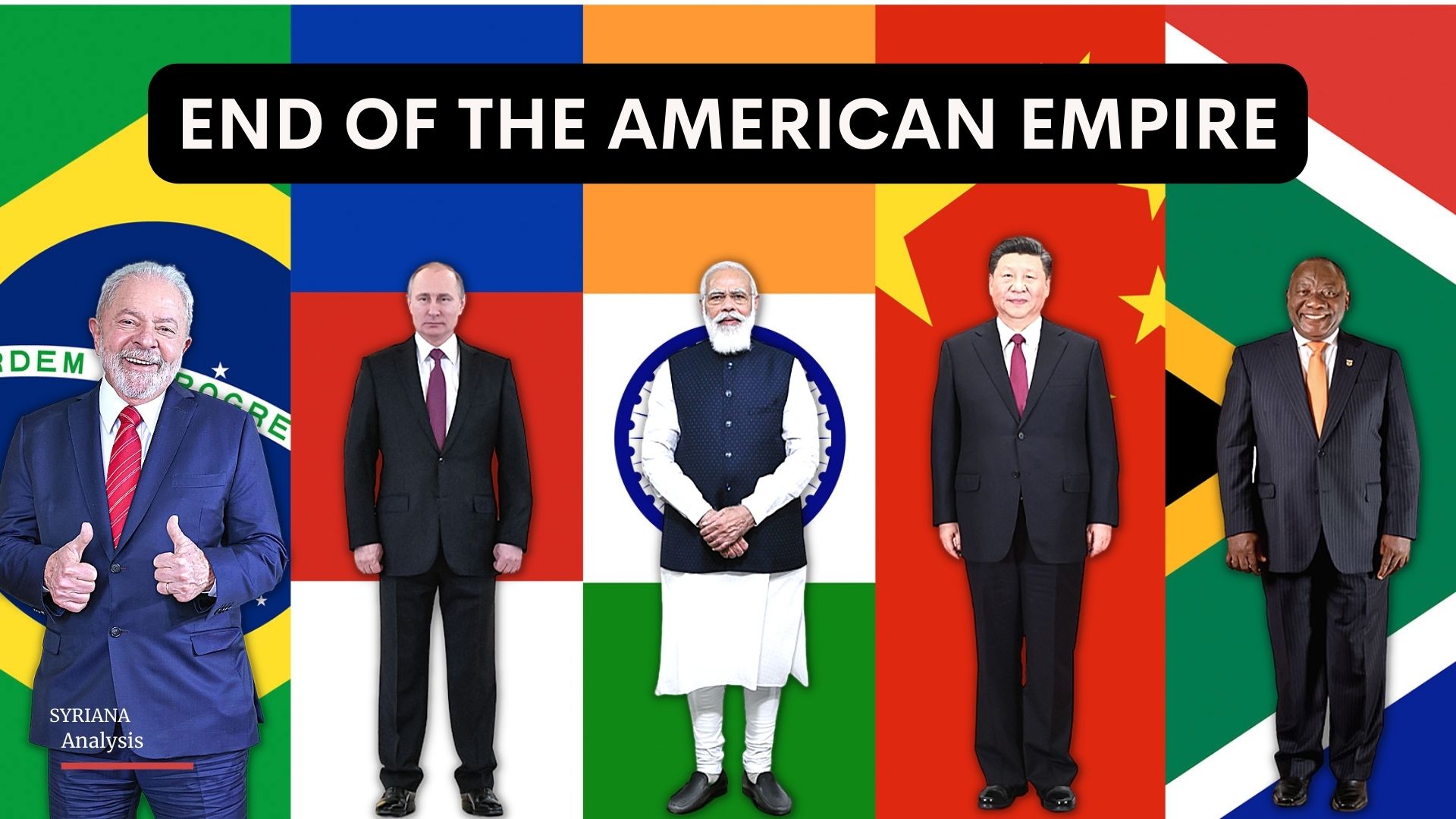 An economic bloc led by five emerging economies, including the United States’ top two rivals, appears set to expand as Washington struggles to promote its global agenda beyond traditional allies and partners around the world.

I’m talking about Algeria who on Monday submitted an official application to join the BRICS economic bloc, according to the Algerian Foreign Ministry special envoy for the international partnership. This news is important, allow me to explain.

What is the BRICS?

BRICS is an acronym for the powerful grouping of the world’s leading emerging market economies, namely Brazil, Russia, India, China and South Africa, which are believed to become super economic countries by 2050.

The BRICS mechanism aims to promote and achieve: regional economic development, remove trade barriers, optimum use of resources, building harmony and relationships among nations and become a dominant supplier of manufactured goods, services and raw materials by 2050.

The idea of the grouping was formed in 2006 among countries with an estimated total population of about 3.2 billion or approximately 41.5% of the world population and around 32% of the world’s GDP.

In 2007 and 2008, when the financial crisis hit the world, emerging economies and third-world countries began to doubt the reliability of the United States in leading global financial affairs.

That’s why, the BRICS have stated their support for a multipolar world, an alternative global financial system as opposed to the IMF and the World Bank, and restructuring the global trading system as a whole.

While Washington perceived this move as a start of a new cold war and a threat to its economic dominance over the world, the countries that do not revolve in the American orbit have found an opportunity to boost their economies and finally bring the needed development and welfare to their people, a goal they see hard to achieve under the unipolar American world order.

While the BRICS represents a club of emerging powers attempting to increase their political and economic integration in response to new global challenges, member nations enjoy full sovereignty and they are capable of conducting an independent foreign policy that is not restricted by any alliance or association and they have the sufficient economic potential to sustain it.

Now, one may ask: what are the potential scenarios of the BRICS? In other words, where is the economic grouping heading? According to the experts of BRICS magazine, there are four development scenarios for the bloc:

Each scenario involves a different set of political and economic integration initiatives that would have to be implemented. The former may include, for instance, steps to introduce visa-free travel between these countries; the creation of supranational bodies that would take precedence over national ones; the development of joint solutions to security issues; the pursuit of a coordinated foreign policy; the creation of joint rapid response military forces; and the integration of neighbouring regions.

The economic toolbox may include such initiatives as removing barriers to trade; ensuring greater connectivity between commodities, labour, and capital markets; or creating supranational bodies and free trade zones with other countries.

Why BRICS is an attractive group

BRICS have a shared and growing economy and a shared future. It is expected that BRICS will have a larger share of world GDP and will be able to influence its global governance. That means, BRICS countries have an excellent potential for further development.

And with the eruption of the proxy war between NATO and Russia on Ukrainian soil and the polarization between the collective west and Eurasian countries, this could be the moment for BRICS to shine.

Therefore, Algeria’s formal application to join BRICS, who’s the third-largest gas supplier to Europe and eleventh largest gas reserves in the world, the bloc has the potential to become the world’s largest source of commodities and what separates the emerging bloc from breaking the hegemony of the United States is a common currency and probably major financial agencies such as the IMF and the World Bank.

While the U.S. has largely dismissed concerns that BRICS could present a serious challenge to the economic might of the Group of Seven, or G7, comprised of Canada, France, Germany, Italy, Japan, the United Kingdom and the U.S., intensified geopolitical and economic disputes aggravated by Russia’s war in Ukraine and ensuing Western sanctions have put BRICS in the spotlight.

At the same time, amid the heightened uncertainty throughout the global economy, some Western observers who have an ideological bias and zero-sum mentality should reflect on why BRICS is increasingly an attractive group that many other countries have confidence in.

Additionally, the BRICS spirit of openness, inclusiveness, and win-win cooperation, against the background of increasingly unstable and volatile factors in the international situation, is also attractive to developing countries.

BRICS members have differences in geographical features, size and social governance, but they are able to support each other on issues concerning their core interests, multilateralism, safeguarding fairness and rejecting hegemony.

Why the world needs BRICS

According to the BRICS magazine, the success of the BRICS countries depends on how well they will face today’s global challenges and on their ability to develop a consistent integrative strategy and use their available resources efficiently.

At the same time, the future of BRICS will involve not only the five countries in question but also the rest of the world, which today more than ever needs new international institutions capable of addressing global challenges.

However, what the world really needs is not another EU or NATO. The power of the existing alliances, their cultural and regional identities, their well-oiled governance models, and a common stance on global and regional issues has also proved to be their weakness in this day and age. They are too entrenched in the challenges and experiences of the past and are proving inefficient in responding to today’s world.

If the BRICS didn’t exist, a similar concept would have to be invented because the challenges faced by humanity require action outside of our customary parameters.

Looking at the history of the European Union one could say with certainty that, if there is one lesson to be learned from the Western European experience, it is that the hope for a utopia starts with an attempt to institutionalize a common dream for the future.