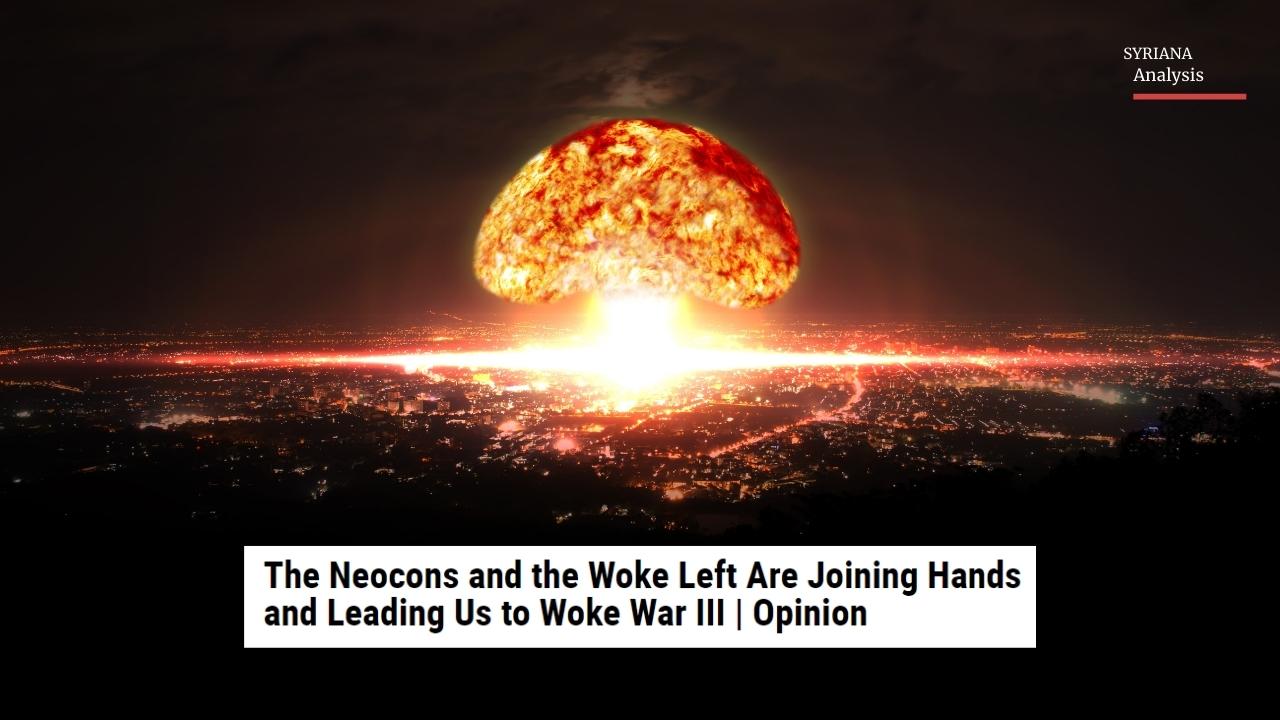 I noticed a phenomenon on social media platforms and that is the de-facto alliance of two different schools of thought that were one-day arch enemies, but the Ukraine war has brought them on the same page.

These two sides are the neo-cons and the woke community who agree on escalation and reject any negotiating settlement between Ukraine and Russia.

I remember the famous statement of George W. Bush two decades ago when he used to say “You are either with us or against us”. This same rhetoric is adopted nowadays by the woke but with different terminologies: if you advocate for diplomacy and negotiated settlement, then you are a Putin apologist and must be put on Ukraine’s kill list.

This online defamation is very similar to the neo-cons rhetoric when they used to silence anti-war Americans by calling them traitors. But in the age of social media, it is easier to cancel peace advocates and allow radicals to take over the online scene and push for dangerous scenarios from their comfortable places far away from the war zone.

People need to understand that the only difference between ending the war now with diplomacy and ending it later, is the number of Ukrainians and Russians that will die in the course of the war.

And in order to push for a lasting peaceful settlement, the signature of the politicians is not enough and we need to prepare the popular bases of both sides to live with each other again, and hence online diplomacy is also needed.

In this regard, David Sachs argued that anyone who suggests NATO expansion could have been a contributing factor to the current Ukraine crisis, or that the sanctions imposed on Russia are not working and have backfired on a soon-to-be-shivering Europe, or even that the U.S. must prioritize avoiding a world war with a nuclear-armed Russia, is denounced as a Putin stooge.

According to Sachs, this political marriage between the neo-cons and the woke, and warping the debate allows delusional and contradictory thinking to go unchallenged. Therefore, we get the argument that Putin is a madman who will kill indiscriminately to achieve his aims—but he is also somehow definitely bluffing about using nuclear weapons.

And he’s only using that bluff because he’s losing the war—but if he’s not stopped in Ukraine, he will go on to conquer the rest of Europe.

This non-sensical talk was only possible because we are not allowed to debate. Thus, we are locked on an escalatory path, and the destination ahead is Woke War III.