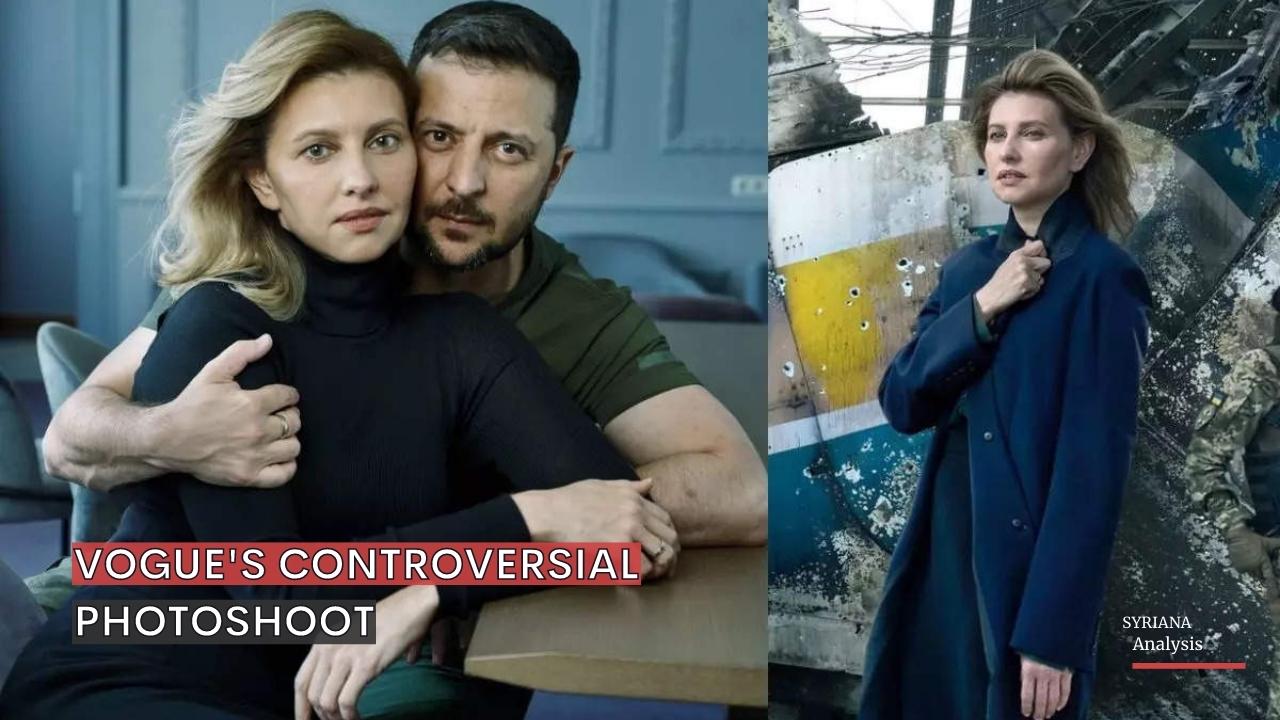 Photos and videos are all an essential part of modern military warfare. I totally understand that. But what strikes me is the fact that the Ukraine war has shown us how the media can create a hero in the eyes of many despite losing the war. This is not my wishful thinking but rather my assessment after analysing the maps of control over Ukraine.

Now imagine this, you are the commander in chief of the Army that’s facing annihilation by a much stronger army and your country is losing a big portion of its land, but you find time for a PR photo shooting with the Vogue magazine that has ZERO impact on the outcome of the war? This makes me question whether he is in charge of military affairs or outside forces are guiding him.

And speaking of the Vogue, let me remind you how these media outlets glorify public figures and then turn against them when the political mood changes: in March 2011, the Vogue published a long article titled “Asma al-Assad: A Rose in the Desert”, but removed it later when the CIA regime change war started in Syria.

Doesn’t this tell you something?

In any way, while I was checking the reactions to Zelenskyy’s photoshoot session, I came across this comment by Professor Adam Broomberg which I think is worth sharing with you:

This is everything that is wrong with the world and how dangerously photography can intersect with it. The idea of a conflict zone as a backdrop for Annie Leibovitz’s shoot for Vogue magazine is vile. Posing the “First Lady” against a destroyed airplane in which people presumably died. Depicting a politician as an iconic hero without any nuanced understanding of their function and complicity in this 155-day-old brutal war. A superficial glossy depiction of a hero in the Hollywood mould. The whole way this conflict has been covered (from the hierarchy of empathy we witnessed in the way white refugees were embraced) to the “cowboy and Indian” genre analysis of the actual conflict. Somehow deep down I think these pictures confirm our need for a binary understanding of the world as good and evil, for an outdated model of male heroes with their female enablers. All the while the faceless and for now nameless youth die daily. Don’t get me wrong I’m not in any way supporting Putin but this shoot feeds into all the toxic heteronormative patriarchal ideas that make war inevitable.