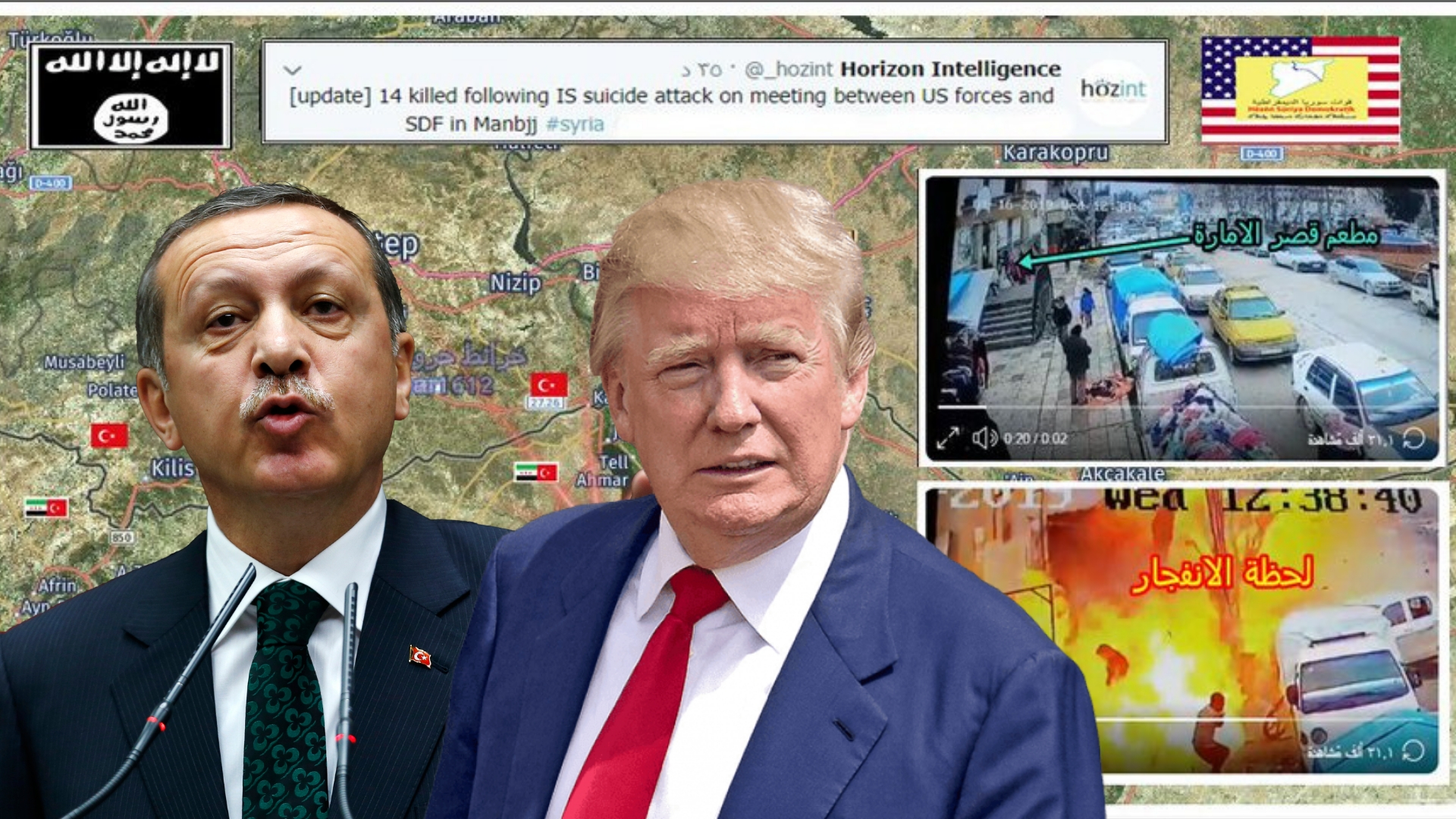 A suicide bombing in the US-SDF held #Manbij killed has killed at least 14 people including four American soldiers in the #USA-SDF held Manbij in north #Syria.

The #ISIS-affiliated website, Amaq, claimed an attacker with an explosive vest had struck a foreign military patrol in a suicide attack, but this footage indicates that the explosion happened inside a restaurant called Qasr al Oumara in Manbij.

Following the details of the attack, we should pose this question: Who is the beneficiary of this attack?